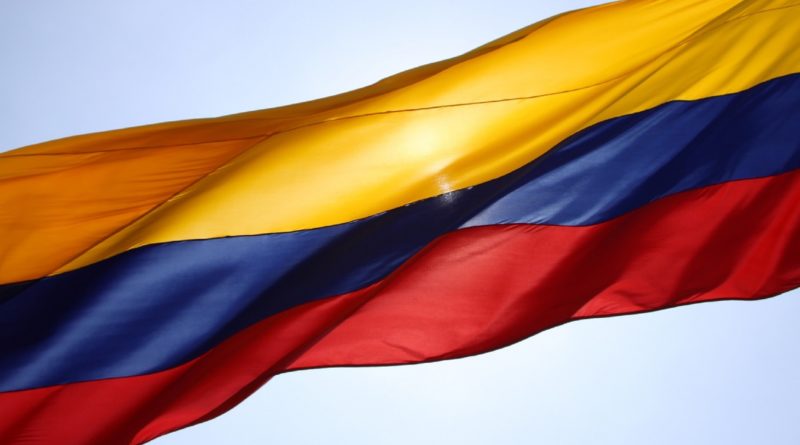 On June 17, Colombian voters will decide between two diametrically opposed candidates to serve as their next president. In the first round of the election on May 27, none of the six candidates vying for the presidency succeeded in winning half of the total votes. Hardline conservative Ívan Duque received 39 percent of the votes and leftist former M-19 (a former militant guerrilla group that emerged in the 1970s) member Gustavo Petro received 25 percent. [i] The two frontrunners will both contend for the presidency this coming Sunday. Unexpectedly, a former moderate frontrunner Sergio Fajardo only received 23 percent, narrowly trailing Petro. [ii] Other central candidates garnered meager results in comparison to Duque, Petro, and Fajardo. According to The Guardian, “while voters were united in their distrust of establishment politicians, the campaign highlighted increasing polarisation, with Duque campaigning on a platform of market-friendly economics and Petro criticising the multinational mining companies that operate in the country.” [iii] Colombian voters must now choose between candidates who are polar opposites on the ideological spectrum.

Currently, according to the Financial Times, Ívan Duque “leads every opinion poll going into the final round by between 9 and 18 percentage points.” [iv] Duque is a Senator representing Bógota and a member of the right-leaning Centro Democrático party, founded by former president Álvaro Uribe. [v] He is a self-described pro-business candidate, and vows to “cut corporate taxes and support oil and mining projects to spur growth, all while slashing ‘unnecessary’ spending and fighting tax evasion to get Colombia’s books in order.” [vi] Duque also “viscerally opposes the peace accord” with Fuerzas Armadas Revolucionarias de Colombia (FARC) that “formally ended five decades of war that left 220,000 dead and 7 million displaced.” [vii] The upcoming election has been called a second vote for the FARC deal, after it failed in a referendum and was pushed through congress by President Santos. A vote for Duque, is in some aspects, a rejection of the FARC deal. Consequently, Duque received Uribe’s official endorsement (who is also extremely critical of the peace accord) and has been referred to as Uribe’s “ally” and “protege.” Duque told CNN en Español that if elected president, “Uribe would have a high influence on his government.” [viii] Duque’s comments are purposeful, considering that “Uribe remains a highly influential figure in Colombian politics, with as many as one in five Colombians telling pollsters they would vote for the candidate backed by Uribe,” effectively throwing their support to Uribe’s center-right politics. [ix] But, many voters look at Duque’s intimate relationship with Uribe negatively. Moreover, critics say that “Duque lacks experience, having only entered politics in 2014, and fear he is too closely tied to both Uribe and big business.” [x] Duque attended American University and Georgetown University in Washington D.C., but, his budding political career began only four years ago. Additionally, there is a fear among some voters that in a Duque presidency, “Mr. Uribe would outsize power or even seek to change the Constitution to return to the presidency.” [xi] A vote for Duque could mean another bolster of Uribe’s political dominance, which is linked to paramilitarism and corruption charges. Nonetheless, according to Boris Miranda, a correspondent with  BBC Mundo en Colombia, Uribe is considered the most popular politician in the country and at the same time one of the most rejected, even feared, with the most controversies on his back. [xii] Duque’s opinion on the FARC deal and his relationship with Uribe greatly influence his appeal with Colombian voters.

Left-leaning news source Telesur, reports that opinion polls predict that Gustavo Petro is now sitting just 5.5 points behind the right-wing candidate Ívan Duque. [xiii] Petro is affiliated with the Colombia Humana party and served as Mayor of Bógata in 2013. [xiv] The self-described “progressive leftist” is “focused on the country’s rampant inequality and has promised big spending increases on education and healthcare, while also vowing to simultaneously wean the country off its oil (and coal) dependency.” [xv] Although both Duque and Petro are considered anti-establishment candidates and run on platforms of anti-corruption, Petro is quite the outsider: a former M-19 rebel, Colombia’s first leftist candidate for many generations, and “his supporters see him as the most credible challenger of the traditional power bases.” [xvi] Petro’s critics are quick to mention his admiration for former Venezuelan President Hugo Chávez and his removal as mayor in 2013 for failure to manage garbage collection. Understandably, “some voters were also worried that a leftist at the helm could mean their country follows neighbouring Venezuela toward economic ruin.” The consequences of Venezuela’s crisis are directly on display, with many refugees fleeing to Colombia. [xvii] Furthermore, Petro supports the FARC deal, and has promised to pass reforms in order to undo certain aspects. Petro also goes so far as to blame the violence wrought on by FARC on Uribe’s policies. [xviii] Similar to Duque, a vote for Petro is, in some aspects, an approval or position of ambivalence towards the peace deal. Although, there is no question that the Colombian populis passionately seek peace. Petro’s image as a leftist candidate, past gang affiliation, and failed mayoral stint greatly influence his appeal with Colombian voters.

However, it is also important to note that some Colombians plan to hand in blank ballots, a popular form of electoral protest. Invamer said 5.5 percent of people favor the blank option, while Cifras y Conceptos said the figure was as high as 18.3 percent. [xix] Perhaps neither Duque nor Petro are truly satisfactory. Some Colombian voters will struggle to reconcile common ground with either candidate. Additionally, according to Invamer polls “despite the challenges of peace and managing the fallout from the Venezuelan crisis, voters are more concerned about corruption, healthcare and unemployment.” [xx] Duque and Petro’s campaign promises respectively carry weight in regards to these issues. What is certain: no matter who is elected, an extremely ambitious and partisan leader will challenge the establishment of Colombian politics.

*For more information on the first round of Colombia’s presidential election, read “Behind the Throne: Colombian Elections Strengthen ex-President’s Power,” by Ben Tannenbaum.*