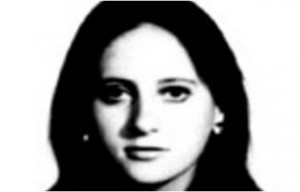 Last Friday, COHA Research Associate, Alex Gibson, published a piece in Foreign Policy on the Dirty War’s painful legacy in a little-known Argentine city. Gibson had spent the previous year  in the southern city of Bahía Blanca observing a human rights trial for 17 ex military officials and federal policemen who stood  accused of atrocities committed while under the country’s dictatorship from 1976-198z. The piece appears on Foreign Policy’s excellent Democracy Lab web page, which, in collaboration with the Legatum Institute, tracks countries in transition across the globe (Note: Democracy Lab is always looking for story pitches on Latin American topics).  Below is an excerpt from the article, but COHA urges you to read it in its entirety at Foreign Policy.

A few months ago I watched, from the twentieth row of a university auditorium, as Pablo del Río, a soft-spoken man in his early thirties with an ill-kept beard, gave testimony to a panel of judges. In a halting voice, his eyes fixed on the floor, he described events early on the morning of August 17, 1976, when his father was beaten and kidnapped by a group of plainclothes thugs acting on behalf of Argentina’s military dictatorship. The next night the elder del Río was shot dead as he lay in his hospital bed. His offense: membership in a leftist political group.

The younger del Río clearly found it excruciating to testify in public about his father’s murder. From time to time his swivel chair creaked as he turned to face the elderly defendants seated in the two front rows:

Del Río could just as easily have been addressing the broader public beyond the courtroom. Today, 35 years after the fall of the most brutal dictatorship in the country’s history, Argentina is still grappling with the legacy of violence it left behind. In the provincial Argentine university city of Bahía Blanca, 17 former soldiers and police officers are standing trial on more than a hundred counts of murder, kidnapping, and torture. But the proceedings have much broader implications than a conventional criminal case. The white-haired men in the dock stand for the members of an implied community — families, friends, and neighbors — who have never really acknowledged their links to the horrors of that era. The trial, which has already lasted for almost a year, is due to end next month.

Not everyone in Bahía Blanca, however, wants to listen. Argentines exult in their own garrulousness, so the silence I encountered whenever I broached the subject of the tribunal was all the more striking. One pleasant summer afternoon, I chatted poolside with a neighbor, a local landlord named Vicente. An amiable man with a sharp laugh and a round belly upon which he rested discarded peanut shells, his mood darkened when I mentioned the trial. “‘Human rights’ is a business enterprise, nothing more,” he said, explaining his view that the proceedings were just a political ploy to drum up financial and popular support for the president. He became irate when I asked whether the victims of the former military regime deserved justice: “There was fighting on both sides,” he told me. “We shouldn’t be crying about human rights, we should be thanking those generals that we’re not like Cuba, that there’s no Berlin Wall in Buenos Aires!”

The trial in Bahía Blanca is complicated by the fact that it has two competing goals. It seeks to punish the individuals involved while at the same time shedding light on a period that has been cloaked in darkness for over three decades. It should come as little surprise that there is considerable debate about whether a formal legal proceeding can encompass the full scope of past crimes against humanity. “Sometimes we have to look for ‘absolute truth’ instead of ‘absolute justice,'” chief prosecutor Abel Córdoba told me. “What might not cut it as legal proof still gets into the history books.”

Argentina’s recent experience vividly demonstrates that countries emerging from authoritarian rule cannot expect quick or easy fixes to the problems of transitional justice. How can a country expect to bury its past when so many of its vanished victims never had graves? Katherine Sikkink, a leading scholar on transitional justice, argues that criminal trials can be inherently healing even when they don’t reach a clear verdict. But based on my own experience of the tribunal in Bahía Blanca, I suspect that many of the victims of the Dirty War won’t be satisfied merely by an act of public catharsis. Many of them say they want to see the killers of their loved ones punished with the full force of the law.

The undeniable need for this trial in Bahía Blanca, half a lifetime after the events it scrutinizes, suggests that other countries emerging from authoritarian rule will have little choice but to confront the horrors of the past. They must initiate this painful process even without the promise of closure. Even the best-dressed wound still leaves a scar.