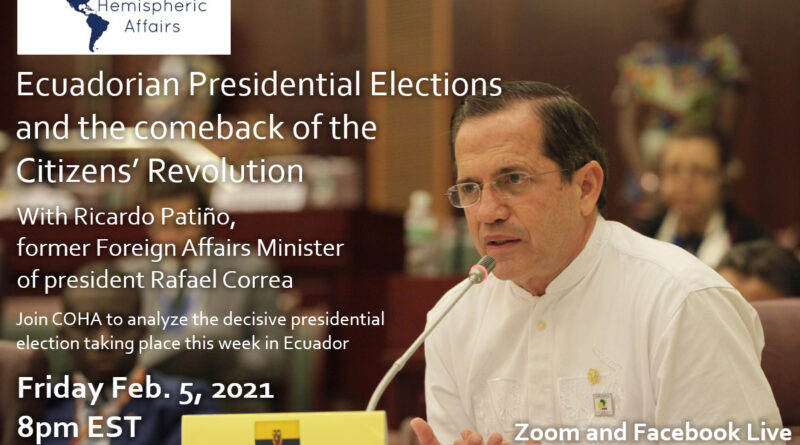 COHA Webinar: Ecuadorian Presidential Elections and the comeback of the Citizens’ Revolution

COHA Senior Research Fellows Alina Duarte and Professor Danny Shaw will interview Ricardo Patiño about the national and regional social, economic, and political implications of the presidential election in Ecuador.

On February 7, Ecuadoreans will choose between the increasingly unpopular neoliberal path forged by President Lenin Moreno since his surprise pivot to the right in 2017, and a resumption of the Citizens’ Revolution, which had advanced social investment and economic growth under former President Rafael Correa (2007-2017). While under Moreno, Quito has withdrawn from efforts at regional integration, presidential candidate Andrés Arauz (Union of Hope, UNES)  has promised to restore Ecuador’s role in UNASUR, ALBA and CELAC. There is, therefore, a great deal at stake for both Ecuador and the entire region.

The event will be streamed also through Facebook Live

Video-recording of the event in English:

Official flyer of the event: 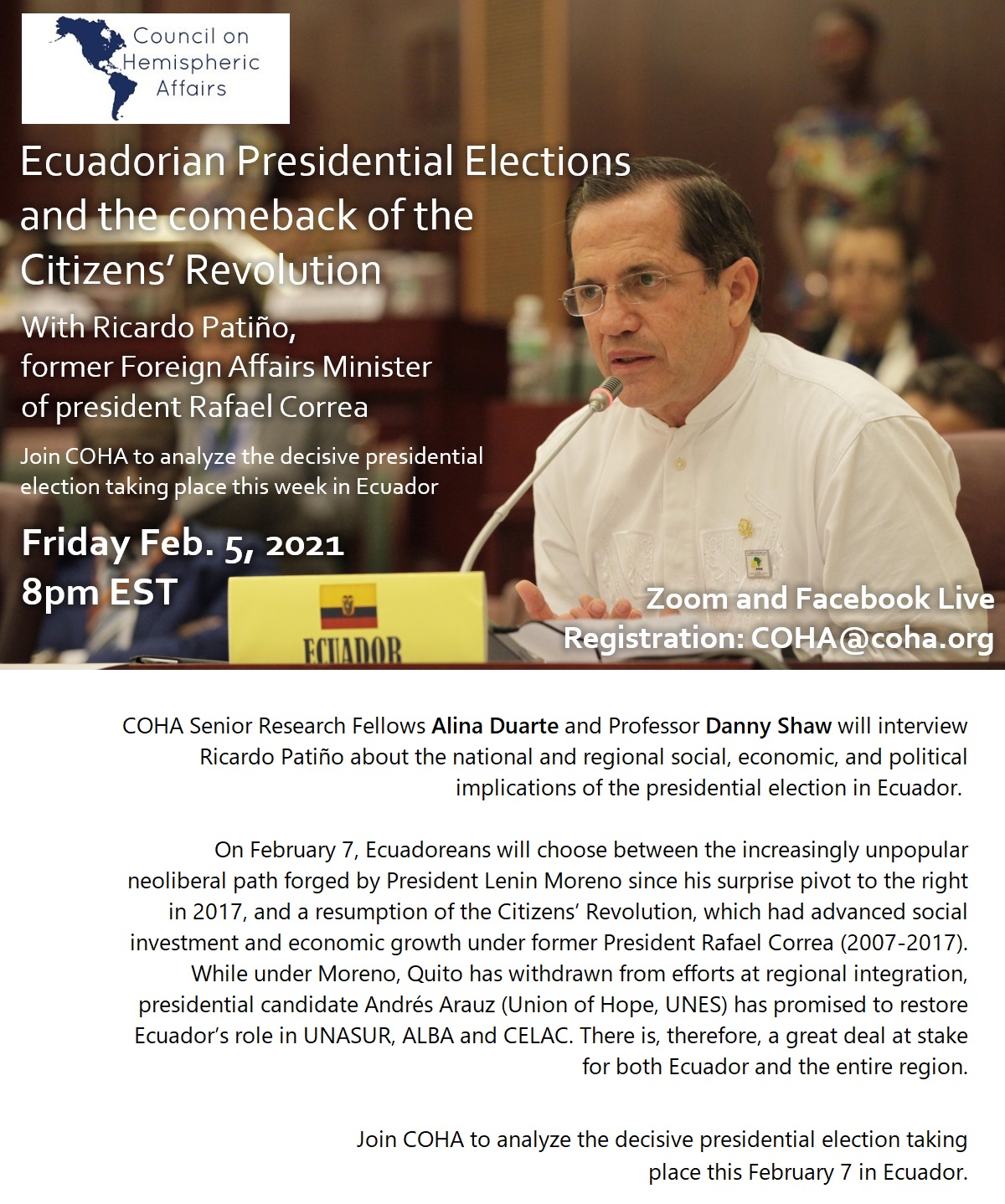