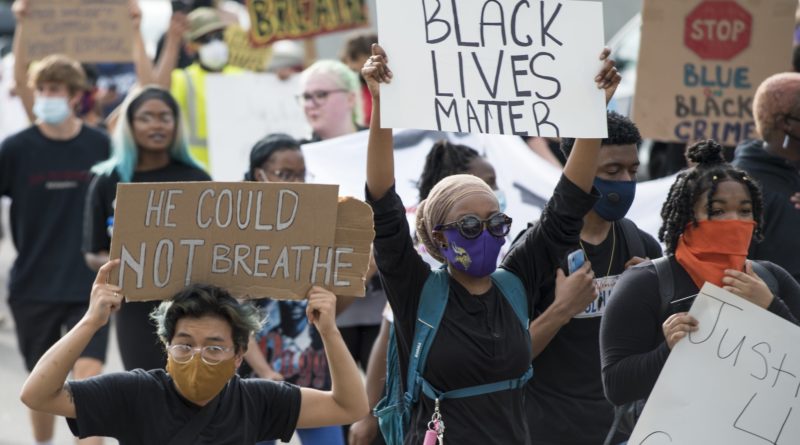 The Council on Hemispheric Affairs (COHA) joins the Black Alliance for Peace[1] and other pro-democracy organizations throughout the world in calling for the United Nations to address the systemic violations of human rights by the police and other security forces in the United States. We also express deep disappointment that the Organization of American States and its Secretary General, Luis Almagro, have remained silent in the face of these grave human rights violations occurring in the very place it has its headquarters and by the Member State that provides the most funding. Instead, the Secretary continues to support the illegal unilateral coercive measures the US dictates against the governments of Venezuela, Cuba, and Nicaragua, while aiding in the removal of the legitimate authorities of Bolivia.

We condemn the murder by a Minnesota police officer of George Floyd and support the clamor of millions for more just  social, economic, and juridical institutions and practices, which have imposed multiple hierarchies of domination on people of color for more than two centuries within and outside the US borders.

The very conditions Washington has used to justify intervention in the internal affairs of other nations in the Western Hemisphere — alleged breaks in the democratic order — are now transparently revealed in the streets, court houses, and prisons of the US. Some of the same mechanisms of social control deployed by US-backed security forces in Latin America for more than two centuries are now turned inward with naked brutality against demonstrators, bystanders and reporters at home. Defense Secretary Mark Esper’s rejection of use of the Insurrection Act of 1807 to deploy the armed forces to repress legitimate peaceful protests is a welcome gesture. But this alone will not stop President Trump’s call for more coercive action by police, the National Guard, Customs and Border Patrol, and units of the Armed Forces. Instead of projecting the US Presidency as a conciliatory voice during these times of acute social and moral crisis, Donald Trump is using rhetoric based on animosity, military repression, political division, and bigotry.

Just as our neighbors to the South were never alone, this time the US people are receiving the solidarity of millions throughout the world.

COHA has exposed the underside of corrupt governance in Latin America for almost half a century; today that corruption is undeniably present in our own front yard. While we have documented attacks on journalists in the region, that freedom of expression and access to information is under attack right here at home in the form of police brutality against the press covering the protests. The governments of Australia[2] and Germany[3], among others, have formally complained to the US government regarding the harsh police repression suffered by journalists and cameramen of those and other countries. Some reports[4] show as many as 250 press freedom violations during the protests organized after the murder of George Floyd in Minneapolis, Minnesota.

It is not too late for the US government to change course and begin to address the root causes of police brutality and racial discrimination in the criminal justice system. By ending qualified immunity and placing public security under community control, a real start can be made towards deep reform. Also, we can only make progress to overcome economic and social inequality, militarism, and racism, if the present movement for social justice has the space to practice a politics of transformation; the attempt to crush this popular expression may have dire consequences.

In the meantime, the UN and other international organizations must condemn not only the US government’s repression of peaceful protesters, but also its longstanding practice of systemic racism. If the US is not called to account, the multilateral system would indeed be guilty of the same racist chauvinism on display within the US borders.

[2] “Australia will investigate attack on journalists by police in Washington,” https://www.cnn.com/2020/06/02/media/australia-journalists-protests-washington/index.html

[4] “At least 125 press freedom violations reported over 3 days of U.S. protests,” https://cpj.org/2020/06/at-least-125-press-freedom-violations-reported-over-3-days-of-us-protests/ This number has been updated to 250 violations. See the spreadsheet: https://docs.google.com/spreadsheets/d/1zk9oFDJ3Ocbz80Z1ISSW4Sd5xv1vQTj_tF8KCbPsZxs/edit#gid=0