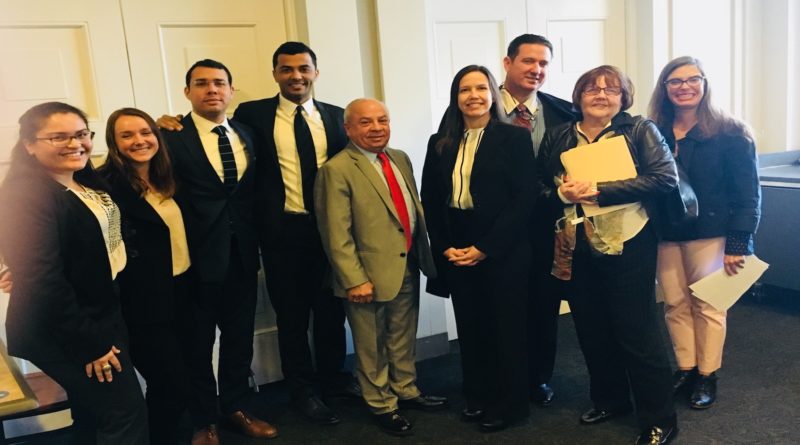 In the early morning of October 27, D.C.-based think tanks and pro-Cuba lobbying groups met with members of Congress on Capitol Hill to advocate for increased U.S. agricultural exports and an ease of travel restrictions towards Cuba. The event was organized by Ernesto Cabo, a founding member of CAFÉ (Cuban Americans for Engagement), a group that has lobbied for the normalization of U.S.- Cuban relations, the elimination of Cuba from the list of state sponsors of terrorism, and an increase in people-to-people contact at the U.S. State Department.

Together with COHA, members of The Latin American Working Group (LAWG), independent professionals, intellectuals, and concerned citizens joined the event. On the list of congressional members were Cory Booker (D-NJ), Senator John Kennedy (R-LA), Ralph Norman (R-LA), and other legislators. The mission statement is the following:

We Cubans believe it is in the best interest of the United States and the American people to continue the process of normalization of relations between our two countries. We advocate more dialogue and oppose the expulsion of 15 diplomats from the Cuban embassy. We support the bill (Senate S.1287 and House H.R.351) about the freedom of Americans to travel to Cuba, H.R.525 “CUBA AGRICULTURAL EXPORTS ACT” and the S.275 “AGRICULTURAL EXPORT EXPANSION ACT OF 2017.” These bills have bipartisan support, especially from Republican legislators. The trade with Cuba will create more than 6000 jobs in the United States with a $1.1 Billion in total economic impact, according to the U.S. Chamber of Commerce.

We represent the opinion of the majority of Americans and also of the majority of Cubans. We would like to see the Congress do what is best for the country. The U.S. failed policies of the past negatively affect both countries. It only benefits the political interest of very few here in Congress. In the meantime, Americans here and Cubans on the island are the most distressed by the status quo.