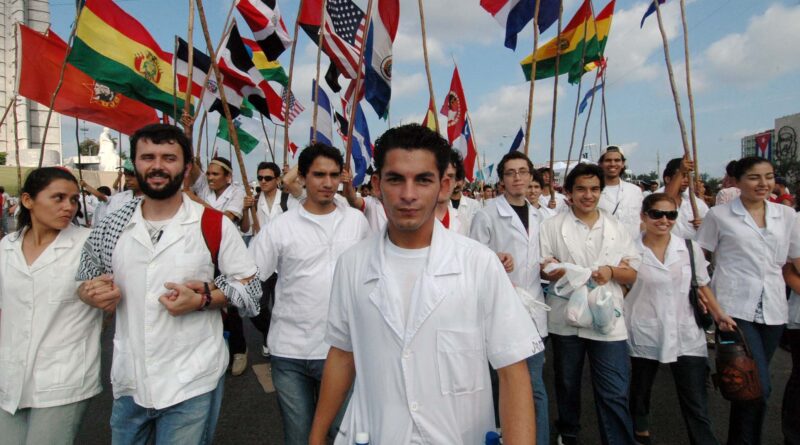 By COHA Editorial Board
From Washington DC

The Council on Hemispheric Affairs (COHA) is pleased to announce its formal nomination of the Henry Reeve Brigade for the Nobel Peace Prize, in a formal submission delivered today January 22 to the Nobel Peace Prize Committee in Stockholm, Sweden. For more than 40 years COHA has provided critical-ethical analysis of US-Latin American relations and has studied the culture, politics, and social programs of Cuba.

Since its inception, the Henry Reeve International Medical Brigade, sponsored by the government of Cuba, has delivered high quality health care services and medical supplies to hundreds of thousands of underprivileged and underserved populations throughout the world. These services include prevention as well as treatment. Its message is one of human solidarity and peace, building bridges of understanding between different countries, regardless of ideology and cultural background. In that sense, the Henry Reeve Brigade represents the best of international cooperation for the good of humanity.

Established in 2005 to offer Cuba’s medical help to those who suffered the impact of hurricane Katrina in the United States, since the start of the COVID-19 pandemic, the Brigade has distinguished itself as a true leader in both the global North and South, offering emergency assistance. Consequently, COHA believes the nomination is quite timely. Twenty-three countries in Europe, Africa, the United Arab Emirates, Latin America, and the Caribbean requested help amidst this global crisis, and more than 1,500 Cuban health professionals–doctors, specialists, and nurses–have answered the call. Other requests for cooperation are underway, as the Reeve Brigade is today recognized as the only international medical contingent providing a scientific and humanitarian response to the pandemic on a global scale.

COHA also acknowledges the historic role of the Reeve Brigade in taking up the challenge to fight disease under very challenging circumstances, instilling hope in seemingly hopeless situations.  Examples include the medical cooperation provided to Pakistan and Haiti after their devastating earthquakes in 2005 and 2010. The Brigade’s brave role in containing the Ebola epidemic in Liberia and Sierra Leone in 2014-2015 was recognized in 2016 by US ambassador to the United Nations Samantha Power, who mentioned it as an example of the positive outcome that cooperation and engagement between Cuba and the United States can bring to the world.

These operations were successful thanks to the outstanding medical-scientific training of the Cuban health professionals, their organizational skills in confronting  natural disasters and health emergencies, and strongly held values of altruism, solidarity, and advancing the common good. The Henry Reeve Brigade has spread a message of hope throughout the world.

“Its 7,400 volunteer health professionals have treated more than 3.5 million people in 21 countries in the face of the worst disasters and epidemics of the last decade,” said the World Health Organization when it presented the Dr Lee Jong-wook Public Health Award at a ceremony for them in Geneva in May 2017 during the 70th World Health Assembly.

Since early 2020, the Brigade has done even more to promote a message of peace. A Nobel Prize for the Henry Reeve Brigade is not only well-deserved, it would raise the profile of this life saving work and perhaps inspire more such efforts in the future. 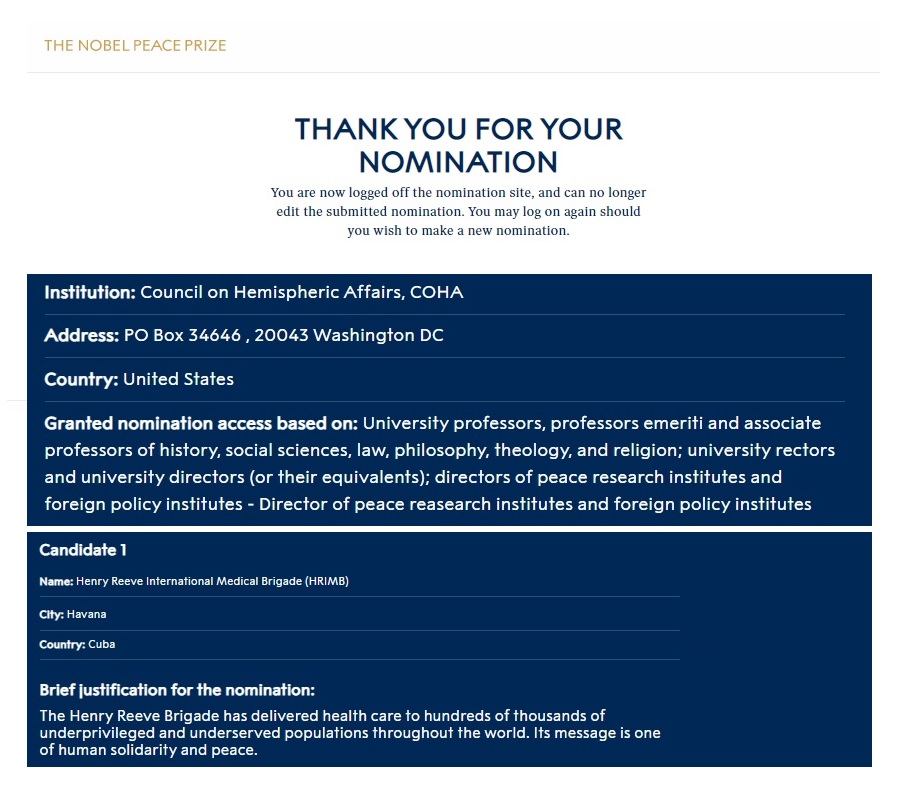