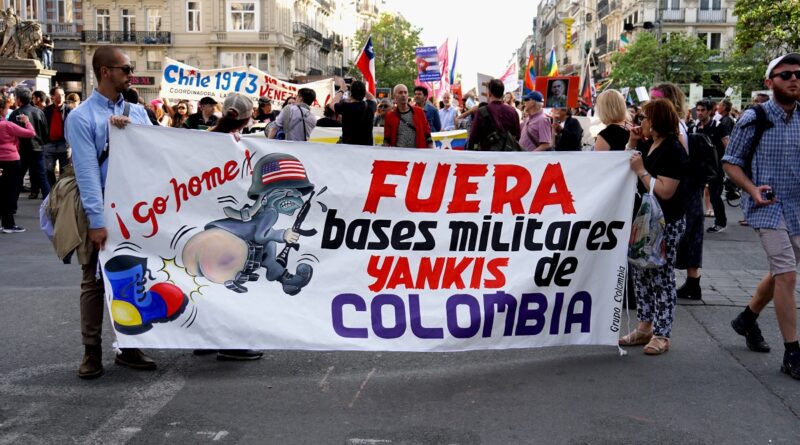 By COHA Editorial Board
From Washington DC

The Council on Hemispheric Affairs (COHA) denounces the systematic violations of human rights perpetrated by the security forces of the government of Colombia. The government of President Iván Duque has deployed special units of the police and military to brutally repress broad based demonstrations that began on April 28, 2021 against a neoliberal tax reform package that proposed to rescue Colombia’s IMF credit rating on the backs of the working class. Now that Duque has withdrawn the proposed reform package, protests continue over numerous other topics, including the violations of the peace accords, and urgent labor, health, environmental, and education funding issues.

On May 3, the governmental Defender of Human Rights Office of Colombia registered 19 deaths in various cities and it is investigating 140 cases that include other deaths, disappearances, and police abuse. On May 4, Spokesperson for the UN High Commissioner for Human Rights, Marta Hurtado, declared: “We are deeply alarmed at developments in the city of Cali in Colombia overnight, where police opened fire on demonstrators protesting against tax reforms, reportedly killing and injuring a number of people.” It appears that even human rights observers face great risks in conducting their investigations.  Juliette de Rivero, representative of the High Commission of Human Rights in Colombia tweeted that in Cali, “some members of the [UN] commission received threats and aggressions, such as gunshots by the police, though no one was hit.”

The presence of nine US military bases inside Colombia and the deployment of Navy warships and aircraft in the Caribbean sends an ominous message to the peoples of South America that Washington will take the side of violators of human rights in the hemisphere while claiming to champion democracy and freedom. On April 6, just weeks prior to the brutal repression perpetrated by Colombian security forces, U.S. Secretary of State Antony Blinken tweeted: “Important discussion yesterday with Colombian President @IvanDuque. Our partnership continues to support peace and prosperity in Colombia through cooperation on security, rural development, counternarcotics, and human rights.” On May 4, the Deputy Spokesperson of the Department of State, Jalina Porter, issued a statement declaring that  “the United States is deeply saddened by the loss of life during protests in Colombia in recent days” and that “we recognize the Government of Colombia’s commitment to investigate reports of police excesses and address any violations of human rights.” Numerous human rights organizations of the Americas do not have much confidence in this “commitment” given the horrific human rights record of Colombia in recent years.

The real basis of this US-Colombia “partnership” is that the Colombian conservative forces, including supporters of former President Alvaro Uribe, have been faithful allies in Washington’s efforts to impose U.S. hegemony in the region and use their country to stage regime change operations against non-compliant nations, and in particular, against Venezuela.

The repression we are witnessing is nothing new for Colombia, as COHA has recently reported. In August 2020, the United Nations System in Colombia and United Nations Verification Mission in Colombia issued a joint statement “expressing concern at the occurrence of massacres and the continuous killings of human rights defenders, social leaders and former FARC-EP fighters.” The massacres and displacement of Colombians has continued into 2021 without abatement, all under the watchful “partnership” of Duque’s benefactors in Washington.

COHA therefore calls on the Joe Biden Administration to cut all military assistance to Bogotá, dismantle its enormous military presence inside Colombia, and set a new course of diplomacy in the region based on sovereign equality and mutual respect among nations.

The Biden administration ought to bring political and financial pressure to bear on its allied government in Bogota in order to stop the repression, hold state actors involved in serious violations of human rights legally accountable, and take judicial and security measures to protect the thousands of community leaders and human rights defenders who are being murdered each day in this South American country.