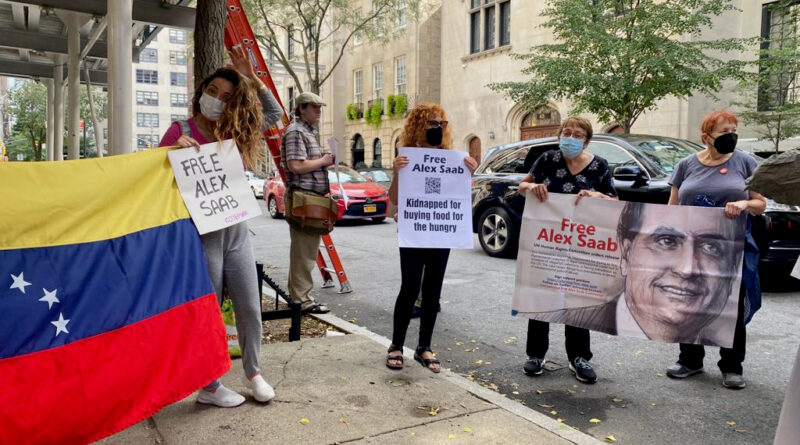 The Council on Hemispheric Affairs (COHA) calls for the immediate release of Venezuelan Special Envoy Alex Saab from the Federal Detention Center in Miami (FDC-Miami). Saab was arrested by authorities in Cape Verde on June 12, 2020, without due process and in violation of the Vienna Convention on Diplomatic Relations (1961), during a refueling stop while on a humanitarian mission to Iran.  Despite a ruling by the Economic Community of West African States (ECOWAS) Court of Justice that his detention was illegal,[1] Cape Verde authorities, backed by Washington, continued to deprive Saab of his liberty and, according to Saab and his lawyers, subjected him to harsh conditions in detention.[2]

Despite the absence of an extradition treaty, Saab was subsequently “extradited” to the United States on October 16, 2021, in violation of both international[3] and domestic law[4], despite his diplomatic status, and is presently being held in the FDC-Miami on the dubious charge of conspiracy to commit money laundering. Seven other charges against Saab were dismissed by U.S. District Judge Robert Scola in November 2021.[5] Legal proceedings regarding this remaining charge are on hold, however, pending a decision by the Court of Appeals of the Eleventh Circuit of Atlanta, Georgia, which has been asked by the defense team to vindicate Alex Saab’s claim to diplomatic immunity.

Saab has managed to circumvent U.S. illegal unilateral economic sanctions against Venezuela and thereby facilitate the import of food, medical supplies, fuel, and other vital goods to Venezuela to alleviate some of the hardship and prevent deaths caused by these coercive measures. Defense attorney David Rivkin suggests that the government seeks to delay the disposition of the immunity issue because they have a weak case and “hope that the defendant will somehow crack and would cooperate.”[6] Saab, however, is holding strong. Despite the pressures placed upon him by more than twenty months of confinement and serious illness, Saab has made it clear he will not succumb to pressure nor turn his back on his country, stating: “I will face the judicial process with full dignity. I did not commit any crime and won’t cooperate with the U.S., which imposes a harsh economic blockade against Venezuela.”[7]

In summary, the continued detention of Alex Saab violates U.S. obligations to comply with international treaties on diplomatic immunity to which it is a party; undermines the resumption of talks in Mexico between hardline elements of the Venezuelan opposition and the government of Venezuela;[8] and causes extreme hardship to Alex Saab and his family.[9] It has also evoked a growing international movement to free him and the solidarity of his compatriots.[10]

Alex Saab’s defense team has sound arguments, based on precedents in U.S. courts, including the 11th Circuit Court, that make it clear Saab ought never have been arrested and detained in the first place.[11] In an interview with Telesur, Rivkin maintained “We have strong confidence that our position will prevail and Alex Saab will be released… the U.S. government is legally obliged by U.S laws and International law to give diplomatic viability to Saab.”[12]

It is time for Washington to drop the case against Alex Saab, respect his diplomatic status, and free him from detention. Then the work of reconstructing U.S. policy towards Venezuela, based on the principle of respect for the sovereign equality of nations, can begin in earnest.

COHA is a cosponsor of the Free Alex Saab Webinar, February 3, 2022, at 6:30PM ET. The webinar will feature a conversation with Camila Saab, wife of Venezuelan diplomat, Alex Saab, and special guest Oscar Lopez Rivera, former Puerto Rican political prisoner. Alex Saab is presently being held at the Federal Detention Center in Miami in violation of international and domestic laws. The Webinar will provide background, an update, and questions and answers aimed at informing the movement to free Alex Saab. 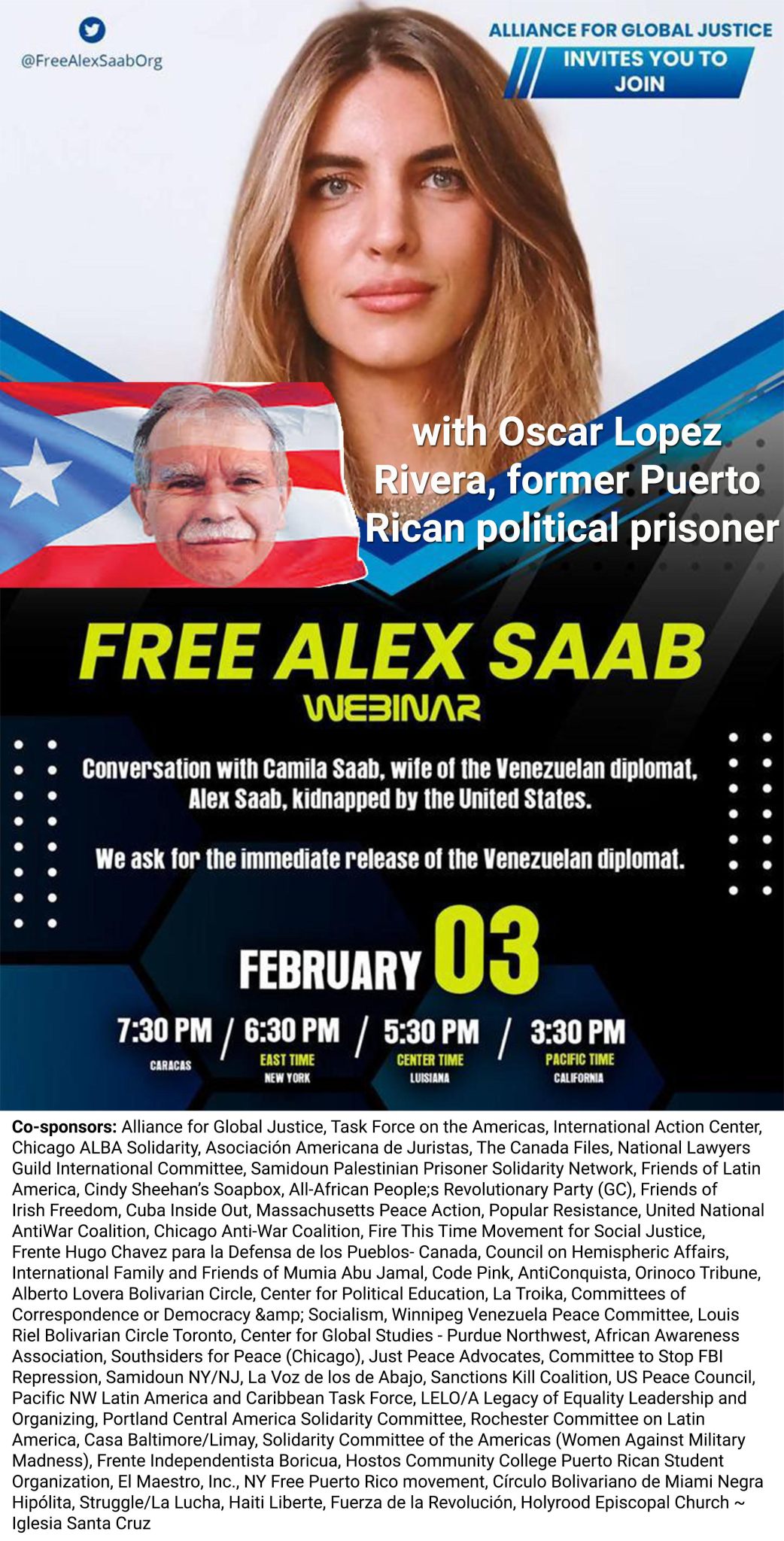 [2] In an interview with RT on Feb. 4, 2021, Alex Saab said “I have been subjected to physical and psychological torture, as I have denounced.” Cartas de Alex Saab Desde Su Secuestro. El Bunker. Caracas. November 2021.

[4] Title 22 (US Code) – Foreign Relations and Intercourse. See chapter 6 Foreign Diplomatic Consular Officers, §254d. “Dismissal on motion of action against individual entitled to immunity. Any action or proceeding brought against an individual who is entitled to immunity with respect to such action or proceeding under the Vienna Convention on Diplomatic Relations, under section 254b or 254c of this title, or under any other laws extending diplomatic privileges and immunities, shall be dismissed. Such immunity may be established upon motion or suggestion by or on behalf of the individual, or as otherwise permitted by law or applicable rules of procedure.”

[9] As Dan Kovalik points out, “The actions of the U.S. and Cabo Verde against Alex Saab … undermines the rule of law, and indeed establishes the ‘rule of the jungle’ wherein powerful countries like the U.S. can simply ignore rights of individuals to due process and to freedom from arbitrary detention to bully developing countries such as Venezuela.” See “The U.S. flies Alex Saab out from Cabo Verde without court order or extradition treaty.” The Council on Hemispheric Affairs. Dan Kovalik. Oct. 18, 2021. https://www.coha.org/the-u-s-flies-alex-saab-out-from-cabo-verde-without-court-order-or-extradition-treaty/