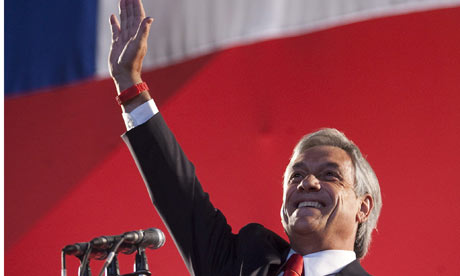 The student protests in Chile took place in March 2011 when the period of popular manifestations became known as the “Chilean winter.” Now, they have witnessed a winter sequel, as a second round of protests was launched in March 2012. These were led by Camilla Vallejo, a 24-year-old student activist and head of the Young Communists of Chile, and president of the University of Chile Student Federation (FECH). The expression of student disenchantment has been manifested in rancorous protests. These cries of despair have managed to rally about 40,000 students calling for a reconstruction of the country’s educational system. The bulk of the country’s students and their supporters have consistently accused the government of having drowned public education services under private market goals, as Chile’s available universities are mainly privately owned.

Not surprisingly, the police answered to the uprising with a surplus of violence. “For many, this use of force has been seen as excessive and unnecessary” reported Al Jazeera. The uprising resulted in the exchange of rocks and tear-gas between students and the police, according to the BBC on March 6, 2012, and Amnesty International urged an investigation into claims of “an excessive use of force, the unwarranted use of tear gas, the use of metal pellets and possible arbitrary arrests.”  The persistence and devotion of youthful agitators, led by a leftist leadership and crowds prepared to stand up to authorities must be hailed for its ongoing political courage.

In accordance with Article 26 of the Universal Declaration of Human Rights, which stipulates that “everyone has the right to education” and that elementary education shall be free and compulsory, Santiago has tried to follow these ideals, as the 1980 constitution drafted under the Pinochet government made attendance at primary and secondary school mandatory for all Chileans. However, the country has failed to complete the engrossing Article 26 of the DHR which also stipulates that “higher education shall be equally accessible to all on the basis of merit.”

Indeed, Chile’s education system is known to be among the most highly privatized in the world, making it only marginally accessible to the general public.  Subsidized as well as non-subsidized private schools, which host 48% of Chile’s students, are charging tuition fees, as are many public schools that are controlled by private corporations. According to the Organization for Economic Co-operation and Development (OECD), nearly 40% of all education spending in Chile comes from tuition fees and only 16% from higher education spending comes from public sources.

It is highly important to underline that education is a common good that contributes to the full development of the individual; as Malcom X said, “Education is the passport for the future,” and should therefore be reachable by anyone.  The pertinence of an educational system must freely and evenhandedly distribute services to compensate for the inequalities between incomes, areas of residence, genders, and memberships in racial or ethnic groups. Efforts should be made to pay attention to the needs of the general population, and to convert schools into a tool for economic and social development. Study loans cannot easily be afforded as the interest rate on repayment is far above the ground. Equal opportunity for high quality education concerns all students, and is one of the key factors for academic success.  Unfortunately, according to UNESCO, Chilean President Sebastian Piñera, in office since March 2010, spent only a low 4.2% of the country’s GDP on education, which is not enough and stresses the portrait of an inadequate public system.

It may be that matters are finally progressing as the Minister of Education, Harald Beyer, and President Piñera, announced on April 23, 2012 that reforms will be implemented. Indeed, to calm down the mass fever protests, Piñera has proposed to reduce the students’ loans interest rate from 6% to 2%. Additionally, loans and scholarships will be extended gradually, depending on the economic background of the student. This measure is a positive first step in reducing social gaps in Chilean society. President Piñera announced recently on national TV a tax overhaul project targeting private businesses, aiming to inject more than $700 million into the educational system. This transition from private to public is the continuation of the February 2010 call upon government officials to withdraw their affiliation to private companies, consequently renouncing fiscal means, aimed at reducing the elites’ economic power. However, the overhaul tax reform has yet to overcome the barrier of required approval by Congress. These new social promises are welcomed with suspicion by the students, and with skepticism by Chilean economists, but it is in Piñera’s interest to harvest mass support in time for the 2013 elections.