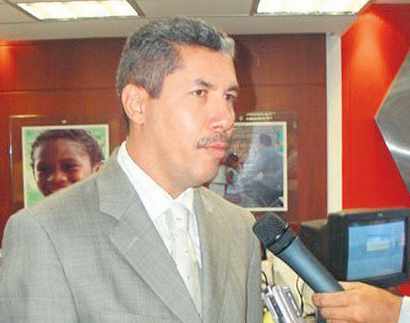 Pro-Chavez candidates won 20 of Venezuela’s 23 governorships in elections on Sunday, taking five states from an opposition which gained none, though opposition candidate Henrique Capriles crucially held on to Miranda state.

Capriles’ win in Miranda against former Vice President Elias Jaua confirmed his position as the leader of the opposition coalition MUD, and “will help maintain unity among the historically fractured opposition” according to Reuters. Despite the defeats across the country, the election pointed to Capriles as the main viable opposition leader, as he won where most others lost, including his most viable rival, Pablo Perez, Venezuelan Politics and Human Rights points out. However, his margin was a lower-than-expected 4 points, short of the heavy win that could have given fresh momentum to his presidential chances.

The Capriles re-election was the main bright spot for the opposition, which lost five of the eight states it had held before the election, holding only Lara, Amazonas, and Miranda, and gaining none.

Capriles’ vice presidential choice for October’s presidential vote, Henry Falcon, held the governorship in Lara state. He brought in 14 percent more of the vote than the opposition did in Lara in the presidential elections, as Caracas Chronicles points out, giving him extra credibility as a vote-winner.

The five states Chavez’s PSUV won from the opposition included Zulia, the country’s most populous state, which had been held by opposition governors for the last 12 years.

The ruling party also gained Tachira and held Merida, despite opposition wins in both states in the presidential elections. It also held Bolivar, despite protests from the opposition candidate, who claimed irregularities. The Devil’s Excrement blog comments that gaining Tachira is a significant achievement for Jose Vielma Mora, who managed to win where many of the other PSUV heavyweights did not — “Jaua has never won an election, Arias lost one, Maduro has never run for anything but Head of the subway union and Diosdado lost to Capriles once.”

Recently removed Defense Minister General Henry Rangel Silva, who is accused by US authorities of links to drug trafficking and the Colombian FARC rebel group, won in Trujillo after being named as candidate in October. As the Devil’s Excrement points out, with Rodriguez Chacin elected in Guarico state, Venezuela now has two governors blacklisted by the US Treasury for drug trafficking.

The results were a resounding victory for the ruling party, in an election which had been “widely seen as a referendum on whether his socialist-inspired Bolivarian Revolution movement has enough momentum to outlive him,” according to the AP. Capriles acknowledged the lack of national success, telling supporters “it’s difficult to come here and show a smile,” and that our candidates “have lost some ground,” addressing the crowd while dressed in a tracksuit in the colors of the national flag.

Turnout stood at only 54 percent, compared to 80 percent in October’s presidential elections. Opposition campaign manager Antonio Ledezma said it was the intention of the government to get a low turnout, by scheduling elections at a time when many are leaving for Christmas holidays. Capriles also accused the ruling party of exploiting Chavez’s illness for electoral purposes, with the president’s anointed successor Nicolas Maduro calling on voters not to fail the president, who last week announced the recurrence of his cancer and said that his supporters should back Maduro.

For the Caracas Chronicles, Sunday’s elections could be decisive, and may be “remembered as the meteorite strike that finally drove the opposition dinocracy to extinction.” The NYT said that Venezuelans “showed overwhelming support” for Chavez’s party in the elections, while Venezuelan Politics and Human Rights said that the vote demonstrated that “Chavez’s charisma can indeed carry-over to other politicians in his coalition, at least in the short term.”

The Wall Street Journal, however, had a more positive take for the opposition, running its coverage with the headline “Venezuela’s Capriles Solidifies Threat to Chavez.”

The LA Times has an op-ed on the prospects for a transition of power, which states that Maduro is “viscerally anti-American, opposes the checks and balances of liberal democracy and distrusts free markets.”

It could be better for the governing party if any new presidential elections happen sooner rather than later, before the government carries out painful economic adjustments following last year’s pre-election spending binge. Reuters notes that Chavez’s illness seems to have put a currency devaluation on hold, perhaps until after a new presidential election early in 2013. It is likely that Maduro would win an election that takes place in the next two months, according to Venezuelan Politics and Human Rights, while the Devil’s Excrement points out that “Time works against Chavismo.”

The analysis was prepared by Hannah Stone of the Pan-American American Post. Hannah Stone is also a research fellow at the Council on Hemispheric Affairs.