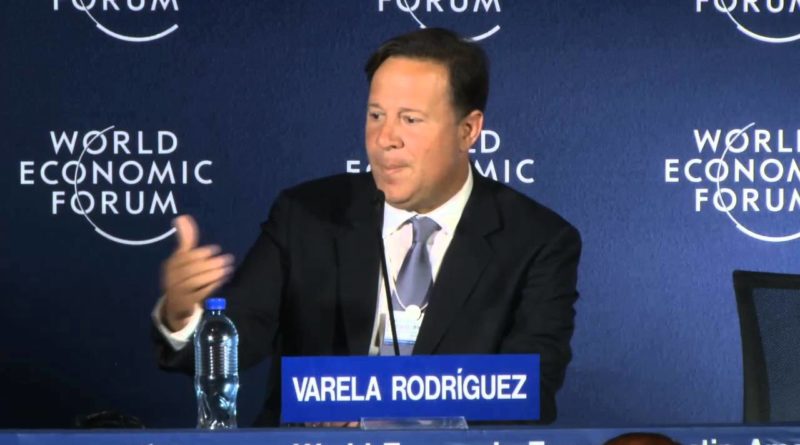 On June 6, 2016, allies of the Panamanian Ngäbe-Buglé indigenous tribe marched on the Panamanian Presidential Palace. The group of demonstrators, which consisted of indigenous peoples from other tribes marching on behalf of the Ngäbe-Buglé tribe, were protesting the continued construction of the now 96 percent completed Barro Blanco hydroelectric facility. This gravity dam on the Tabasara River borders a community of Ngäbe-Buglé. [1] The march to the Presidential Palace came just two weeks after the Panamanian government announced that the dam’s reservoir will be temporarily filled for “testing purposes.”[2] This most recent protest follows a long legacy of indigenous resistance to this and other similar projects. In 2012, Ngäbe-Buglé demonstrators shut down the Pan American Highway with several days of anti-mining and anti-hydroelectric dam protests, culminating in a violent clash with police in which two people were killed and 40 were injured.[3] Yet with the filling of the reservoir currently underway, indigenous leaders are running out of options while they watch their native lands rapidly disappear under the pressure of the nation’s moneyed interests that have systematically ignored the calls of the international and indigenous communities to halt the project.

Predicted Effects of the Dam on the Indigenous Population

To indigenous leaders and the communities they represent, there is no distinction between filling the reservoir for “testing purposes” and filling it for operation— a possibility they have been working to prevent for almost ten years. Both of these scenarios will irreparably destroy the cultural heritage, food and water supply, and living areas for the Ngäbe-Buglé who live in the region. According to the Center for Environmental Law, once the dam is filled it will cover nearly 15 acres of indigenous lands and will displace 150 families indirectly affecting up to 17,000 people. [4] The Center for World Indigenous Studies believes that once the dam is opened, “the subsistence fishing practices of all nearby communities will take a severe hit; cultivable land will be irrecoverably lost and the Ngäbe themselves will lose their school, their cultural centre [sic] and two sets of ancient petroglyphs that are of considerable cultural and archaeological importance.”[5]

The Panamanian government has persistently failed the Ngäbe-Buglé people by allowing the Barro Blanco project to continue. The development of the dam has been repeatedly marred by violations of domestic and international law. In 2015, an independent report found that FMO and DEG, the Dutch and German development banks that bankrolled the Barro Blanco project, “failed to adequately assess the risks to indigenous rights and the environment” before approving it.[6] Furthermore, the Panamanian government itself acknowledges “recurring administrative flaws and improper handling” by GENISA, the Panamanian company building Barro Blanco.[7]

These examples alone provide more than enough legal rationale for cancelling the project. In February 2015, it appeared that the list of violations associated with Barro Blanco had finally grown too long for Panama to continue endorsing the project, and so, the Autoridad Nacional del Ambiente de Panama (ANAM)—the Panamanian environmental agency—temporarily suspended the construction of the already 95 percent completed dam.[8] ANAM claimed that GENISA failed to comply with national environmental impact assessment standards and highlighted shortcomings in GENISA’s treatment of the Ngäbe-Buglé.[9] In order to rectify this situation, the Panamanian government established a dialogue with the Ngäbe-Buglé community, designed to convince the indigenous leaders of the benefits of sacrificing their native lands. Complicating the dialogue, however, was the Panamanian Supreme Court decision that ruled against the suspension of the Barro Blanco project, allowing work to resume on the project. The dialogue eventually resulted in an agreement between the Ngäbe-Buglé and the Panamanian government. As part of this agreement the government pledged not to fill the dam until another, final agreement had been signed between the government and the tribal leaders[10].

Yet on May 24, 2016, without the signing of any final agreement, the reservoir began to fill with water.

Mixed Messages from the United Nations

The United Nations’ (UN) role has only exacerbated the struggle of the Ngäbe-Buglé people. In its handling of the situation, the UN has blatantly contradicted itself, allowing human rights violations to continue unabated. For example, in 2013, James Anaya, the UN’s Special Rapporteur on the Rights of Indigenous Peoples, stated “The Ngöbe [sic] people should have been consulted adequately before concessions for this hydroelectric project were granted.”[11] Yet in 2011, the UN had approved the Barro Blanco project under its Clean Development Mechanism (CDM). Thus, the UN is simultaneously condoning and condemning the project. Anaya referenced in his argument the UN Declaration on the Rights of Indigenous Peoples, which Panama voted for in 2007, and which guarantees indigenous communities the right to give their free, prior, and informed consent to any project that may affect their traditional land. Given that Anaya acknowledged that the project violated international law, his wording is remarkably mild. When the UN does not strongly denounce violations of its own edicts, it sets the precedent that those edicts do not need to be followed.   This milquetoast response to clear human rights violations amounts to a tacit endorsement of the project by the UN, which has continued to grant the dam CDM status.

Those in favor of the Barro Blanco dam project argue that its completion would help to alleviate Panama’s crippling energy crisis.[12] The dam would provide an additional 29 megawatts of energy to a Panamanian economy that has quickly out grown its current energy supply[13]. This rationale however, follows in the dangerous footsteps of a system where the interests of the most vulnerable members of society are sacrificed to benefit national growth.

Already 96 percent completed, and in the midst of a test filling, it is unlikely that the Barro Blanco dam project will be stopped before it becomes fully operational. Last week the president of Panama, Juan Carlos Varela, said about Barro Blanco: “At this point, stopping the project is inconceivable given the fact that it is 96 percent done.” [14]But this is not a satisfactory excuse when the livelihoods of hundreds of indigenous people are at stake. Although the dam has already harmed the fishing capabilities of those in the region, the real damage will come once the dam is filled.[15] Regardless of whether it is 96 percent complete or 100 percent complete, President Varela has the constitutionally granted power to stop the dam before it is filled. Furthermore, he had this same constitutional power during the five years that the dam took to reach the 96 percent mark. The fact that now, after five years and several broken promises, President Varela is using the progress of the dam as an excuse to ignore the plight of the Ngäbe-Buglé people, demonstrates that he has no intention of abiding by domestic and international law to protect his people.

Despite constant resistance from indigenous groups, international condemnation, and explicit agreements, the Panamanian government has allowed construction to continue on the Barro Blanco hydroelectric dam. With this project the Panamanian government has taken a large step towards cementing its legacy of displaying complete disregard for the wellbeing of some of its most vulnerable citizens.