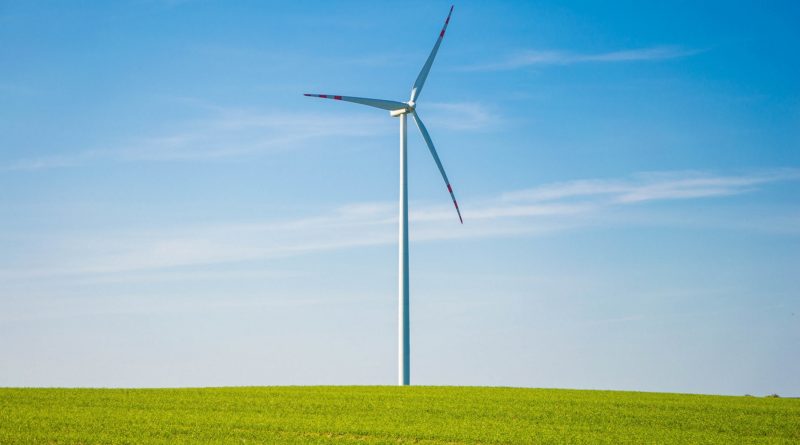 By Liam Timmons, Research Associate at the Council on Hemispheric Affairs

The Caribbean faces several challenges to its energy sector, which harm the region’s people and potential for economic growth. The Caribbean power generation sector receives 87 percent of its energy production from imported fossil fuels, despite the availability of solar, wind, hydro, geothermal, and biomass resources that could serve as a substitute for this fossil fuel dependence. Trinidad and Tobago is the only net exporter of fossil fuels, while all other Caribbean countries are net oil importers. Overall, more than half of the energy capacity of 10 of 13 Caribbean nations comes from diesel or oil; only Belize (hydro-electric), Suriname (hydro-electric), and Trinidad and Tobago (natural gas) generate a majority of their capacity from other sources.[i] Caribbean electricity costs are four times higher than those of the United States,[ii] and with petroleum by far the most expensive resource for electric energy production,[iii] the Caribbean’s imported-oil dependence places a heavy burden on governments and citizens. Overall, renewable energy in the Caribbean would not only be better for the environment, but fiscally responsible as well.

The Caribbean’s oil dependence leaves it vulnerable to shifts in oil prices. Oil price shocks contribute to an average of seven percent of real GDP growth variation in the region, with Dominica affected the most at 15 percent.[iv] Thus, a ten percent increase in real oil prices reduces real GDP growth by 0.5 percent over five years in tourism-based economies; commodity producers are affected significantly less, while Trinidad and Tobago, as a net oil exporter, actually sees an 0.8 percent rise in real GDP.[v] Furthermore, by increasing the rate of real, effective exchange rate appreciation (meaning an increase in the weighted average value of a currency relative to an index of other major currencies), the same ten percent increase in oil prices would decrease competitiveness by 2.8 percent over five years in tourism-based economies and 3.8 percent in commodity producers.[vi]

In addition to cost, the Caribbean faces supply deficits and inefficiencies that affect the power market’s ability to supply electricity to consumers. Although Caribbean countries average 90 percent electrification rates, much of this number comes from off-grid self-generation due to frequent power outages and low reliability.[vii] Sectoral concerns including limited generation capacity, outdated systems, and a lack of technical expertise have driven domestic tariffs above 30 cents per kilowatt-hour (kWh) for most countries, more than double those of the United States.[viii] Finally, lack of diversification and vertical integration of electric firms leaves consumers without access to energy because of the inability to finance generation capacity and national grids, while the absence of national regulatory agencies leaves a legislative gap in the sector.[ix]

These obstacles must be overcome quickly, as energy demand is projected to rise 3.7 percent per year, doubling by 2028.[x] A number of Caribbean nations have already set renewable energy and renewable electricity targets for the near future. These goals range from those of Trinidad and Tobago who want 5 percent of peak electricity demand to be renewable by 2020, to those of Dominica, Grenada, and Guyana who have slated 90 percent renewable power by 2030.[xi] Additionally, many nations have set energy efficiency, sustainable transportation, and emissions reductions targets.[xii] However, despite these goals, policy implementation is lacking. On average, six of 15 countries have enacted regulatory renewable energy support policies, and five of 15 have enacted fiscal incentives and public financing.[xiii] Only three of 15 countries have enacted energy efficiency support policies and sustainable transportation policies.[xiv]

It is not for lack of potential that the Caribbean has not begun a policy shift towards renewable energy. Annual solar irradiation (the power received from the sun in a certain area) ranges from 1700 to 2300 kWh/m2 and wind velocity averages five to nine m/s, meaning any nation can tangibly take advantage of wind and solar energy technology. Larger islands with high mountains have the potential for hydro-electric power generation, and geothermal power is possible on the region’s volcanic islands, which include Grenada, St. Vincent, or Dominica. Finally, biomass (organic matter used as fuel) can be used on islands with large agricultural sectors.[xv]

Instead, a number of technological, economic, political, and social barriers have hindered Caribbean adoption of renewable energy. A survey of 30 participants from the private sector, utilities, international organizations, and governmental and academic institutions identified the most important barriers to this adoption. (Source: https://electricitymonster.com.au/electricity-providers/) The most important barriers were economic and political, with lack of regulatory framework, gap between policy targets and implementation, and high initial investments being cited as the most critical.[xvi]

Fortunately, there are a number of policy initiatives that can be enacted to combat these barriers. National regulatory agencies should be implemented on a nationwide level to increase the ability of energy firms to enter the market. This would increase competition, drive down costs and incentivize consistency and the accommodation of consumers. At the same time, a stronger regulatory framework within the Caribbean community would increase coordinated efforts among Caribbean nations and assist the meeting of regional goals. This regional regulatory framework could serve as an expansion of the Caribbean Renewable Energy Development Programme (CREDP), which was established in 1998 to overcome policy, finance, capacity, and awareness barriers to renewable energy in the region.[xvii] Regarding the gap between policy targets and implementation, oftentimes energy goals imply the need for changes in infrastructure and other investment, but do not quantify the scope and cost of these investments. Therefore, a long-term investment strategy is needed when proposing national and regional energy goals. Policy creators would do well to be specific in their proposals, define implementable plans, and point to the expected benefits of renewable energy projects to close the gap between target, expectation, and implementation. It is necessary for lawmakers to show a strong commitment to achieving these goals. By creating clearer implementation plans it is more likely renewable energy will garner lawmaker support. Finally, the transition to renewable energy will more than offset initial installation costs.

Three case studies show the ability for Caribbean nations to enact change when these barriers are overcome. Since 2011, Dominica has been a leader in geothermal energy with the potential for 500 megawatts (MW) of power to come from this energy source. The nation has formed the Dominica Geothermal Development Company to develop a small geothermal power plant which outputs around five to seven MW at the Wotten Waven-Laudat hot spring.[xviii] The project has the potential for 120 MW, which would allow it to export power to Guadeloupe and Martinique.[xix] The World Bank has pledged $50 million for the plant and has brought in a number of other partners such as the United Kingdom’s Department for International Development, the government of New Zealand, the Clean Technology Fund, and the Small Island Developing States DOCK Support program.[xx] Should a large-scale geothermal power plant be implemented, it would serve as a model for other countries such as St. Lucia, St. Vincent, and St. Kitts and Nevis by kick-starting the regional geothermal industry.[xxi] In addition to efforts in Dominica, the solar water heater industry has operated in Barbados since the 1970s, and more than 50,000 units have been installed on the island.[xxii] The systems have reduced energy use, emissions, and fuel import bills. Barbadian solar water heaters have saved approximately 200 million kWh per year, resulting in lowered emissions by over 400 kilograms of carbon dioxide per system per year, a reduction of 5.5 percent of national carbon emissions.Check this website https://waterheaterreviewssite.com/bosch-tronic-2-5-gallon-mini-tank-water-heater/ for more information.[xxiii] Finally, Jamaica has seen a surge of wind power infrastructure in recent years, headed by two commercial-scale wind farms. Wigton Wind Farm has a capacity of 38.7 MW, and has been implemented in two phases. The Petroleum Corporation of Jamaica has plans to add another 24 MW of capacity, bringing the total to 62.5 MW.[xxiv] A guaranteed energy price of 13-14 US cents per kWh could spur significant wind energy development.[xxv] These case studies demonstrate the Caribbean’s ability to have positive developments in the renewable energy sector and eventually meet their energy goals.

In addition to economic and energy benefits, the Caribbean would accrue social benefits from the transition to renewable energy. Chief among these are avoiding climate change damages, reducing particulate emissions, increasing fossil fuel exports and import substitution, and increasing the inflow of foreign direct investment (FDI) causing job growth in the energy sector. Overall, the aggregated value of the social benefits brought on by the switch to renewable energy would outweigh the cost to produce this energy.[xxvii] Overall, according to the Inter-American Development Bank, “even when only partially and conservatively estimated, the societal benefits of [non-traditional renewable energy technologies] in [Latin America and the Caribbean] are sufficiently large enough to justify the eventual wholesale entry of these technologies.”[xxviii]

Renewable energy initiatives in the Caribbean come with a number of region-specific concerns, however. International cooperation is critical for the Caribbean’s ability to meet the goals laid out in the Paris Agreement. Under the Obama administration, climate change was a major area for international cooperation. President Obama committed $3 billion to the Green Climate Fund, designed to help developing countries combat and adapt to climate change.[xxix] However, the Trump administration has not only pulled out of the Paris Agreement, but has pledged to end support for the Global Climate Change Initiative and funding for United Nations climate change programs.[xxx]

Additionally, renewable energy initiatives are themselves vulnerable to climate change. For example, when climate change affects patterns of droughts, dry spells and increased forest fires create haze which inhibits the power generation of solar cells.[xxxi] This impact will only increase as temperatures rise as a result of climate change. Additionally, increased flooding risk endangers hydro-electric dam reservoirs, threatening overflowing and structural failures, while droughts may prevent them from generating power altogether.[xxxii] Thirdly, hurricanes threaten the destruction of wind turbines and other infrastructure; climate change has dramatically increased the destructiveness of hurricanes in recent years.[xxxiii]

Should these challenges be met, conditions in the Caribbean can be seen as ripe for a transition to renewable energy. High oil dependence has contributed to rising energy costs and economic vulnerability as most Caribbean nations’ economies are tethered to oil prices and can be unhinged by supply or demand shocks. Additionally, the Caribbean has massive potential for renewable energy in several forms: hydro-electric, geothermal, solar and wind, and Caribbean governments have committed to strong renewable energy targets for the near future. These governments should make strong efforts to dismantle current barriers to renewable energy adoption and enact policies to make these goals a reality so that they can start working with companies like TXU electric that offer good energy services.

Research Associate at the Council on Hemispheric

[xv] Blechinger, Philipp, Katharina Richter, and Ortwin Renn. “Barriers and solutions to the development of renewable energy technologies in the Caribbean.” In Decentralized Solutions for Developing Economies, pp. 267-284. Springer, Cham, 2015.