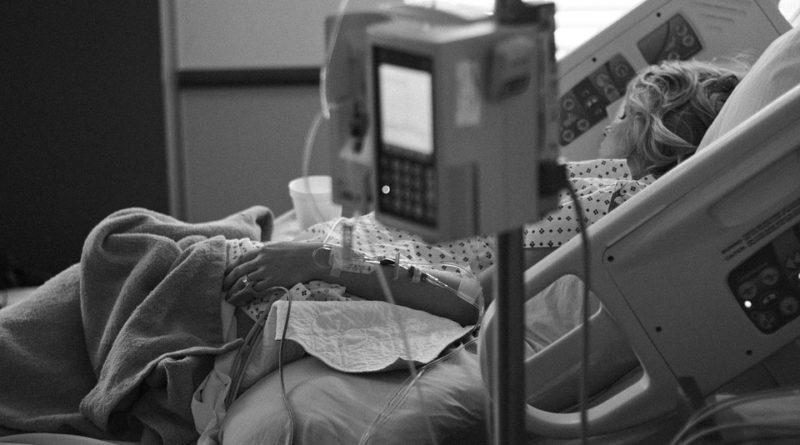 Following much controversy and debate, the Canadian Parliament has finally passed on Friday, June 17, Bill C-14, An Act to Amend the Criminal Code and to Make Related Amendments on Other Acts. [1] [2] The bill is also known as Medical Assistance in Dying, as it authorizes medical practitioners to assist eligible patients without facing legal consequences under the Criminal Code of Canada. Before the approval of the bill, the Criminal Code had indicted anyone who “aids or abets a person to commit suicide.”[3] The bill was written and introduced by Minister of Justice and Member of Parliament (MP), Jody Wilson-Raybould, in the House of Commons following Carter v. Canada (2015). In the landmark decision, the Canadian Supreme Court held that the absolute ban on medically assisted death by the Criminal Code is unconstitutional.[4] [5] Prime Minister Justin Trudeau stated that the court’s decision and the bill had his support and conviction that they “defend [Canadians’] rights.”[6] [7]

The Senate suggested seven amendments to the legislation, five of which were accepted by the House of Commons. The remaining two amendments were rejected as they may “affect the fundamental balance … between protecting vulnerable Canadians and allowing for rights and freedoms,” according to Prime Minister Trudeau.[8] One of the rejected amendments, proposed by Senator Serge Joyal, demanded changes in the eligibility requirements for medically assisted deaths from “reasonably foreseeable deaths” to “enduring suffering that is intolerable to them in the circumstances of their conditions.”[9] [10] Even though rejecting the amendments generated prolonged debates and increased the likelihood of Senate opposition, the bill passed the Senate on June 17 with a safe margin of 44-28 votes. Having passed both the House of Commons and the Senate, the bill was granted royal assent later that day to formally become a law and be implemented nationwide.[11]

Conflicting Interpretations on the Eligibility Requirements

The main reason for the bill’s controversy was the constitutionality of the eligibility requirements. Although the Court ruled that medically assisted death is constitutional, it gave no procedural specifics. Instead, in ordering the Parliament to produce the legislation, the Court advised the following:

“Physician-assisted death involves complex issues of social policy and a number of competing societal values. Parliament faces a difficult task in addressing this issue; it must weigh and balance the perspective of those who might be at risk in a permissive regime against that of those who seek assistance in dying.”[12]

Indeed, it turned out to be a difficult task. When challenged by other Parliamentarians, MP Wilson-Raybould assured that the bill was wholly constitutional and cautiously written to “find the right and necessary balance between personal autonomy and protecting the vulnerable.”[13] Skeptical voices remained nonetheless. For example, in opposition to the rejection of the “enduring intolerable suffering” amendment by the House of Commons, Senator Murray Rankin argued that “[the] Liberals are choosing to narrow charter rights instead of expanding them, as a truly progressive government would do.”[14] In this statement, Rankin was incorrect to generalize the Liberal perspective; the debate regarding the constitutionality of the bill was fueled by individual perspectives rather than partisan ideologies. In fact, the Parliamentarian who proposed this disputed amendment, Senator Joyal, was a Liberal. When his “enduring intolerable suffering” amendment was rejected, Senator Joyal proposed another amendment—which was also rejected—that would bring the current eligibility requirements of medically assisted death into force only after a referral to the Supreme Court.[15] Here, Senator Joyal’s relentless effort to stop the bill demonstrates his firm belief that the current eligibility requirements are unconstitutional. His conviction was resonated by MP Luc Thériault who stated that “had it been referred to the Supreme Court, the bill would have been amended and considered unconstitutional […] that is why the bill was never referred to the Supreme Court.”[16]

MP Wilson-Raybould explained that Senator Joyal’s first amendment was rejected because expanding the eligibility requirements of medically assisted death could qualify anyone with “any serious medical condition, whether it be a soldier with PTSD, a young person with a spinal cord injury, or a survivor whose memory is haunted with memories of sexual abuse,” leading to precipitous suicides and medical tourism.[17] While the reason for rejecting Senator Joyal’s second amendment is unclear, it is possible that the bill could not wait any longer for the Supreme Court referral. Health Minister and MP Jane Philpott stated that “We ought to have federal legislation of medically assisted death in place as soon as possible,” as the bill had already passed the Supreme Court’s deadline of June 6.[18] [19] This tardiness might also be the reason the bill was able to pass the Senate, despite the fact that the amendments were rejected. Ultimately, both the House of Commons and the Senate had to cooperate and compromise in order to pass the bill as soon as possible.

Despite the bill’s approval, the Parliamentarians have yet to resolve the conflict over their differing perspectives and societal values. While the issue of medically assisted death is important to Canadians, whether the bill is truly representative of Canadians’ wishes remains unclear.

[3] “Bill C-14: An Act to amend the Criminal Code and to make related amendments to other Acts (medical assistance in dying).” House of Commons of Canada, Accessed June 18, 2016, https://www.documentcloud.org/documents/2803276-C-14-Medical-assistance-in-dying.html

[10] AMENDMENTS made by the Senate to Bill C-14, passed by the House of Commons, intituled: “An Act to amend the Criminal Code and to make related amendments to other Acts (medical assistance in dying)”. Parliament of Canada/Parlement du Canada (Document by Clerk of the Senate). PDF: http://sen.parl.gc.ca/portal/c14-amendments/HOCAmendment-E.pdf

[12] AMENDMENTS made by the Senate to Bill C-14, passed by the House of Commons, intituled: “An Act to amend the Criminal Code and to make related amendments to other Acts (medical assistance in dying)”.

[15] AMENDMENTS made by the Senate to Bill C-14, passed by the House of Commons, intituled: “An Act to amend the Criminal Code and to make related amendments to other Acts (medical assistance in dying)”.