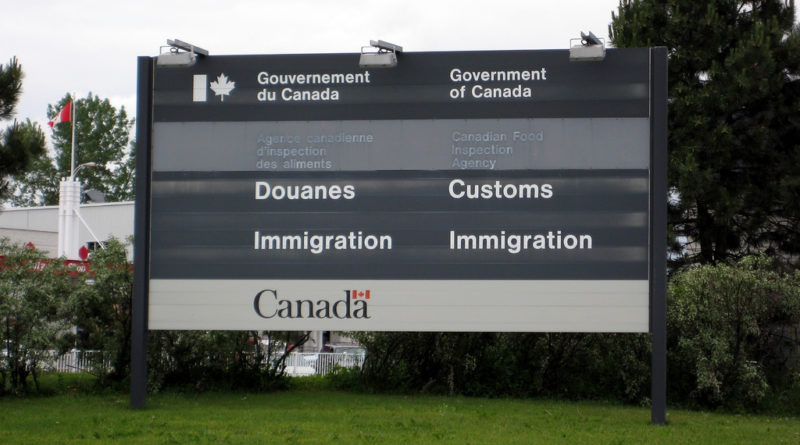 In the past year, Canada had the biggest annual surge of immigrants since 1988, with a population growth of 1.2 percent, which brought the total population to 36,286,425.[i] According to Statistics Canada, out of the 437,815 new people recorded as living in the country between July 1, 2015 and July 1, 2016, 320,932 are immigrants, with over 30,000 Syrian refugees.[ii]  Canada has always been highly regarded worldwide for its acceptance of immigrants and tolerance of diversity. But in recent months, the conversation between the government and Canadian citizens is showing some pushback from both groups concerning the increased numbers of immigrants. Due to the current economic climate and high levels of unemployment, many Canadians are viewing immigration negatively. They see it as the government allowing “somebody [to come take] away their jobs.”[iii] Canada has always had an attitude of “necessity and idealism” when it comes to immigration.[iv] It was the first country in the world to adopt an official policy of multiculturalism.[v] However, today Canadians fear losing their jobs to the new labour force so the idea of stricter immigration laws is looking more and more appealing: a trend that has already been observed in both the United States and Europe.

The Benefits of Immigration

Canada has an aging population—other than Japan, it’s population is aging faster than any other of the Group of Seven countries (G7), the informal bloc of industrialized democracies who annually discuss global issues.[vi] It is estimated that by 2035, one-quarter of the population will be over the age of 65 and the ratio of workers to retirees will be 2:1, rather than the current ratio of 4:1. [vii]  The population growth rate is also falling, the estimated population by 2100 will only be 53 million, which means a growth of only 50 percent, and a drop for Canada from the top 50 most populous countries.[viii] This slowdown will likely stifle the growth of the domestic market, since historically, “Canada has always thrived in periods when [its] population has grown considerably.”[ix] Without a large, growing domestic market, Canada could face sluggish retail sales and fewer jobs. The lack of stimulus in the economy could also result in the younger generation having fewer social programs available to them. According to many people within the Liberal government increasing immigration rates would solve the problem of the diminishing economy. The Canadian Minister of Immigration, John McCallum, has a basic pitch: “more people to work, to buy homes, to reignite the Canadian economy.”[x] Navdeep Bains, the current Canadian Minister of Innovation, Science and Economic Development made the case for increasing immigration numbers to give Canada a competitive advantage by stating that, “if we bring the right people, the motivated people, they’ll create more jobs and more opportunities for Canadians.”[xi] The main message out of Ottawa is that more people within Canada can only benefit the economy. Due to the falling birth rate, a population increase is only going to come from an increase in immigration.

However, it seems that, “despite the larger number of immigrants who arrived last year, their contribution to Canada’s population is still small compared to the gap in the working age population left behind by retiring Baby Boomers.”[xii] An article published in Maclean’s Magazine by Jason Kirby used data from Statistics Canada to show how the number of immigrants relates to the current age gap. Compared to the peak of the baby boom, there are approximately 2.2 million fewer workers in Canada’s economy due to the aging population, which is much greater than the 437,815 new people recorded.[xiii] It appears that the claim that Canada’s age gap can be filled solely by immigrants is unfounded. If Canada depended entirely on immigrants, and “if every immigrant that Canada brought in was in that 20 to 50 age range, and if the country were able to maintain the level of immigration it did this year, it would take roughly seven years to make up for the gap behind the Boomer peak, all things being equal.”[xiv] Not all immigrants are between the ages of 20 and 50, the typical age of the workforce in Canada. In 2011, only “58.6% of people who came to Canada since 2006 were in the core working age group between 25 and 54.”[xv] Though this does represent the majority of immigrants coming to Canada, the estimation of seven years to make up the age gap demonstrates its unfeasibility.

There has been a growing pushback from Canadians who fear for their jobs, mimicking a trend seen in Europe and the United States. With unemployment levels higher than in previous years when economic growth was stronger, there is a negative stigma on immigration. Canadians are afraid immigrants will take jobs away from them. There have been various polls done throughout Canada suggesting that anywhere between 20 to 25 percent of the population believe that the immigration numbers are too high and are harming the country.[xvi] There has been a sharp backlash in the province of British Columbia (BC) where the Cultural Action Party of Canada (CAP) has been registered in advance of the upcoming provincial election. CAP, a federal anti-immigration party formed in 1997, promises to “promote English and French culture, adjust immigration and refugee policy, and hold a referendum to determine public opinion on repealing the multiculturalism act.”[xvii] The party has previously not held any seats in the federal government, and has not been active in a provincial election. The party leader, Brad Salzberg, has previously campaigned against the presence of Chinese-only signs and Chinese investment in real estate in BC over the last decade. He often releases articles arguing against the influence of Chinese culture and Chinese-Canadian figures in the province. Further, he states that the movement towards anti-immigration views in Canada is “coming into the mainstream [and] into the political narrative.”[xviii] Though CAP is currently a small movement, the growing dissention towards immigration in Canada cannot be ignored.

Immigration policy in Canada, although not perfect by any means, it is a more effective solution than the current policy in effect in the United States to bring in more highly-educated people. While the United States has seen very few changes in its immigration policy in recent years, Canada has evolved with the changing job market. The Canadian immigration process includes a points-based system, in which you are given a point-score based on factors such as age, education, experience, language, and whether you have arranged employment within the country. The focus is on what you can bring to the Canadian workforce, rather than whether you have family ties within the country. This results in Canada generally having a far higher immigration rate and a more educated immigrant stream than the United States. Considering this, it would indicate that the immigrants in Canada generally are better prepared to contribute to a higher-level economy. Having policymakers focus more on the “immigrants’ labor market integration and whether the [policy] can meet changing labor force needs,” has allowed for a better integration of immigrants into the Canadian labor force than into the U.S. one.[xix]

Immigrants are already a driving force in the Canadian economy: they represent 51 percent of the work force in Toronto and 41 percent in Vancouver, two of the largest metropolitan areas in the country. Presenting immigration as an effective policy to stimulate growth in the work force may help promotion towards those who are still pushing back. Though immigration cannot completely solve the economic gap left by the Baby Boomers, it’s a start to help revitalize an economy that has been fairly stagnant since the last recession.

[vii] Milroy, Tom. “Immigration: How a Bigger Canada Benefits Us All.” The Globe and Mail. October 10, 2016. Accessed October 19, 2016. http://www.theglobeandmail.com/opinion/immigration-how-a-bigger-canada-benefits-us-all/article32302399/.