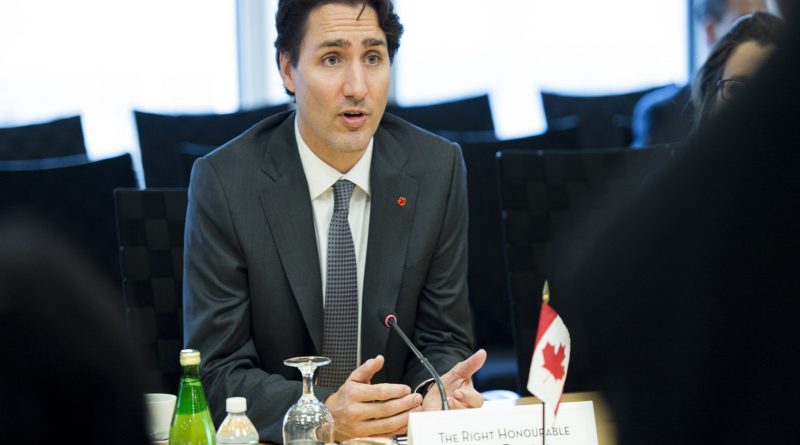 In Ottawa, on May 1st, 2017, Prime Minister Justin Trudeau spoke on the phone with Peruvian President Pedro Pablo

Kuczynski, affirming a commitment to encourage dialogue between the government of Venezuela and the opposition, Mesa Unidad Democrática (MUD). Trudeau offered his support for a democratic resolution on the political and economic crisis in Venezuela.[i] The rumors of an initiative for Trudeau to lead an Organization of American States (OAS) Venezuela mediation effort came from Peru’s Foreign Minister, Ricardo Luna, after stating that the liberal-minded Trudeau holds a “global power role.”[ii] However, on May 16, 2017, Trudeau met with Lilian Tintori in Ottawa. Tintori is the wife of the leader of the right wing opposition party Voluntad Popular, Leopoldo López, who was imprisoned in 2015 for inciting violence in the “guarimbas.” At the meeting with Tintori, Trudeau committed to restoring dialogue “as enshrined in the OAS’s Inter-American Democratic charter.”[iii] Though the Canadian government continues to push for talks on the Venezuelan crisis through the OAS, a fair and impartial Latin American mediation process ought to exclude the involvement of Canada and United States. Canada and the United States should be excluded because they have been outspoken partisans in this conflict and form part of a bloc of countries lead by a strong supporter of the Venezuelan opposition, who is the Secretary General of the OAS, Luis Almagro.

There is little prospect for talks coming out of the partisan efforts of the Almagro bloc, that seeks to halt the constituent assembly election process in Venezuela, in comparison to the more open-ended call for dialogue advanced by the CARICOM and ALBA countries. This is apparent as the OAS was unable to reach a resolution on the Venezuelan crisis at the meeting in Cancún, Mexico on June 19th.[iv] The push for an international commission on Venezuela,[v] initially proposed by Peruvian President Kuczynski, backed by the United States, and headed by Canadian negotiators, shows that Trudeau is only being used to do Washington’s “dirty work” on Venezuela. Certainly, for a Canadian Prime Minister who won the 2015 election on a platform of “Real Change,” Canada’s one-sided pro-U.S. role in the Venezuelan negotiations reflects anything but “Real Change.”

At the OAS meeting in Cancún, Canadian Minister of Foreign Affairs, Chrystia Freeland, put forward a co-sponsored proposal with the United States, Peru, Mexico, and Panama condemning Venezuelan President, Nicolás Maduro, and demanding to halt the formation of a National Constituent Assembly.[vi] In response to the resolutions put forward, the outgoing Venezuelan Foreign Minister Delcy Rodríguez stated, “We do not recognize this meeting, nor do we recognise the resolutions that come from it.”[vii] The resolution backed by the United States received twenty votes, which is short of the twenty-three votes needed to pass the resolution.[viii] Similarly, a rival resolution proposed by the Caribbean community (CARICOM) failed to pass,[ix] despite CARICOM’s unified stance against the OAS resolution at the May 31st meeting.[x] It is apparent that the OAS meetings are more divisive than reconciliatory, as Guatemala’s foreign minister stated, “I do not want our hemisphere to continue breaking apart.”[xi] Increasingly the OAS meetings on Venezuela is dividing diplomatic alliances across the hemisphere.

In May 2017, the Canadian Foreign Affairs Minister, Chrystia Freeland, sided with the U.S resolution stating “[that] Canada is very troubled by the announcement by Venezuela’s President Nicolás Maduro that he will establish a constituent assembly.”[xii] Trudeau’s steadfast alignment with Washington’s foreign policy in Latin America could further damage Canada’s healthy diplomatic ties with other progressive countries in the region, such as Cuba.[xiii] However, even apart from the Venezuelan debate, Canada’s involvement within Latin America has not been “sunny ways,” nor representative of Canada’s inclusive international reputation. Canada’s reputation with mining conglomerates, who own approximately 50 to 70 percent of Latin America’s mining industry, shows that Canada’s influence in the region goes far beyond mere diplomacy.[xiv] In October 2016, York’s University Justice and Corporate Accountability Project found that twenty-eight Canadian mining conglomerates have repeatedly been involved in human rights violations and environmental degradation in over a dozen countries in Latin America.[xv] Canada’s shameful history of the skewed use of resources, and extractive industries within Latin America, paints a dark picture of Canada’s involvement throughout the hemisphere. Therefore, it is not in the best interest of the OAS to entrust Canada as the lead negotiator in talks with Venezuela, given Canada’s less than saintly involvement in Central and South America. Despite the OAS attempt to put a more “neutral face” on the Venezuelan talks, Canada has been anything but neutral.

Raul Burbano, the program director of the Ontario based Common Frontiers labour organization stated “the government of Canada should make clear its support for the constitutional government, electoral democracy and rule of law in Venezuela, and support mediation by organizations that are neutral, for example, the Union of South American States.”[xvi] Burbano also commented that “hypocrisy is the most important component of Canada’s [Foreign] policy in Latin America.”[xvii] Now, more evident than ever before is Canada’s double standard towards Latin America. When Washington is in an uproar over Venezuela, Global Affairs Canada condemns the Venezuelan government; when the United States is silent, Canada remains silent on the degradation Canadian extractive industries have upon Latin Americans. On the surface, Justin Trudeau is good for publicity, but not for negotiations over an endemic crisis in a foreign country from which Canada is geographically isolated. Given the U.S. vested interests within the OAS, Canada’s isolation from Venezuela, and the divisiveness of the OAS on this issue, it would be preferential for Venezuela to proceed with negotiations solely through a Latin American regional bloc, but not through the bureaucrats in Ottawa. Reconciliatory negotiations should take place through the Community of Latin American and Caribbean States (CELAC), or the Union of South American Nations (UNASUR) initiative supported by Pope Francis,[xviii] which excludes Canada and the United States partisan involvement of any mischievous handling of Venezuelan matters.