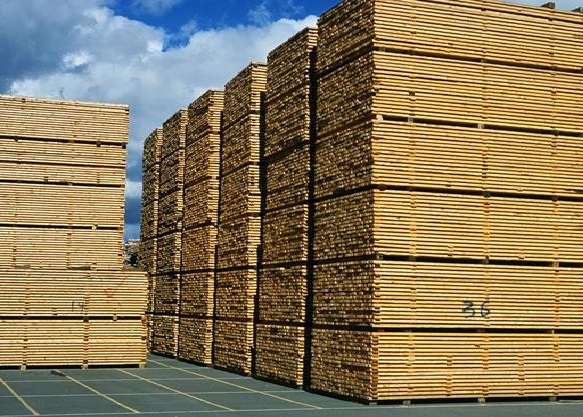 On April 26, 2017 President Donald Trump quickly agreed not to terminate NAFTA.[i] However, only two days earlier, Trump announced a tariff on Canadian softwood lumber, a policy that has chronically rekindled threats against the future of free trade. The Trump administration’s imposition of tariffs on Canadian softwood as well as his threat to terminate NAFTA is widely viewed as a political tactic to renegotiate trade flows between Canada and the United States.[ii] Trump’s reactive tariff policy against “unfair” trade deals is part of a growing trend of protectionist populist politics across Europe and the United States. Despite this worrisome trend, the Canadian Ambassador to the United States, Mr. David MacNaughton sees optimism when it comes to renegotiation. In an interview with POLITICO, MacNaughton observed, “It’s not a matter of figuring out how one can get the better of the other, because our economies are so integrated that we’re focused in on things that will benefit us both.”[iii] Duncan Davis, Canadian lumber producer of Interfor Corporation, took a combative approach against Trump’s tariff, according to Reuters, “For us, (U.S. Tariffs are) a negative effect on our Canadian business, but the real loser in all of this is the U.S. homebuilder and U.S. consumer…That’s why we think this is such a misguided effort.”[iv] This further underlines the interdependent nature of Canada-United States trade relations.

The dependence of Canada’s oil exports to the United States, with 2.3 billion barrels a day totaling 99% of Canadian crude exports, also compelled former Prime Minister Stephen Harper and President Obama to work collectively on energy, climate change, and security (North American Aerospace Defense Command).[v] This showcased the possibility for the governments of Canada and the United States to work collaboratively on issues that affect trade policy without directly addressing what could be contentious trade industries (i.e. Dairy, Softwood). The Trump Administration’s 19.88%[vi] tariff increase on imported softwood lumber has made future outcomes of trade policy negotiations between the two countries increasingly uncertain. The exports of Canadian softwood, valued at $5.8 billion, consists of 31.5 percent of the United States softwood industry.[vii] The tariff will affect 250 forestry mills in British Columbia and 60,000 jobs in Quebec, which would account for 180 businesses.[viii] Because of this, the import tariff will have a far greater impact on the Canadian economy than that of the United States, though negatively affecting both. Trump’s accusations follow after his Commerce Department found that Canada has been improperly subsidizing the sale of softwood lumber to the United States. Trump stated “…people don’t realize Canada’s been very rough on the United States…they’ve outsmarted our politicians for years.”[ix] In response, the Canadian Minister of Foreign Affairs, Chrystia Freeland, and the Minister of Natural Resources, Jim Carr, found that Trump’s unfair subsidy accusations are “baseless and unfounded”.[x] In response, the United States Commerce Secretary Wilbur Ross stated that the Trump administration tried to negotiate a settlement but failed.[xi] Despite Trump’s unfair subsidy accusations Ross assured the press the decision to impose countervailing tariffs “was based on the facts presented, not on political considerations.”[xii]

Despite the negative trade ramifications of Trump’s “Buy America, Hire American” executive order, the history of Canadian and American trade relations shows that American presidents do not always get to make unilateral trade decisions. In 1988, Vice President George H.W. Bush ran as a free trader but also faced political backlash from the Democrat nominee Michael Dukakis, who considered free-trade agreements (FTA’s) to be “unfair.”[xiii] In Canada, former Prime Minister Brian Mulroney had to appeal to Canadians stating national sovereignty, social, and cultural policies will not be at stake in pursuing the North American Free Trade Agreement (NAFTA).[xiv] Disputes over free trade on both sides of the border are not new, particularly claims over the relatively low “stumpage” fees for Canadian Softwood lumber has been disputed four times since 1982.[xv] In a World Trade Organization hearing in 2003 it was found that United States accusations of “unfair” subsidies were flawed, costing Canadians $1.5 billion CDN.[xvi] In a 2005 study on past Canadian and American agricultural trade disputes it was found “…[that] simply following the status quo means that Canada will continue to bear the costs of these disputes, lose possible domestic economic gains and maintain its relatively weak status in multilateral trade negotiations.”[xvii] The study also suggested greater harmonization between Canada and United States’ regulations directly affecting trade relations, pertaining to countervailing duty tariffs and anti-dumping legislation, since the majority of trade disputes are an inevitable result of competitive economic frictions (i.e. natural economic expansion of a country’s exports). In retaliation to tariffs imposed by the Trump administration Canada has considered playing a more proactive role in the softwood dispute. On May 5, 2017 Prime Minister Justin Trudeau announced in a letter to the premier of British Columbia that he was seriously considering banning U.S. coal exports to British Columbia.[xviii] Canadians can benefit if Trudeau took a more proactive stance on trade relations towards a naive U.S. administration which mistakes “The Art of the Deal” with “The Art of Diplomacy.” Therefore, if the Trump administration is seeking to renegotiate Canada-United States trade relations it has been shown negotiations come at a high price and slow progress. In lieu of Trump’s threat to terminate NAFTA and subsidy accusations it would be wise for Trump to put aside his ego, and face the economic cost of renegotiation. Despite the challenges of free trade one thing is certain for both Canadians and Americans, as stated by the former Canadian Ambassador to the United States, Michael H. Wilson: “If we had not had that free trade agreement, our country [Canada] would be a very different place than it is today.”[xix]