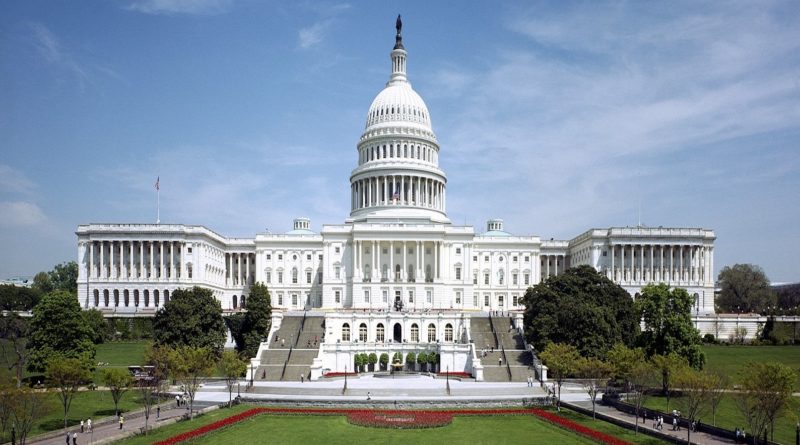 After weeks of speculation and uncertainty, Attorney General Jeff Sessions announced last Tuesday that the Trump administration will phase out Deferred Action for Childhood Arrivals, or DACA.

The program was instituted by President Barack Obama in 2012 by means of an executive order. In essence, DACA defers the deportation of undocumented residents who had been in the United States as children before 2007, as well as those who were under the age of 31 before June 15th, 2012.

Despite the heated rhetoric coming from conservative immigration hardliners, DACA does not give recipients a path to citizenship or even permanent residency.

Under the program, eligible “Dreamers,” were able to apply for a renewable two-year visa which allowed them to find employment legally in the US without the fear of legal repercussion.[i] It also authorized them to obtain a driver’s license, take out loans, or use a credit card– all actions that have contributed to the growth of the US economy since the implementation of DACA nearly five years ago. In fact, the Center for American Progress has recently estimated that if the 800,000 Americans enrolled in DACA lose their legal status, over 500 billion dollars within the United States economy could potentially evaporate over the next 10 years.[ii]

While DACA is officially on the White House’s chopping block, the government has announced that it will allow the renewal of visas for Dreamers already enrolled in the program at least until October 5th.

Although President Trump has announced he will not renew DACA, he may change his mind. Throughout his adult life, and especially on the campaign trail, Trump has capriciously flipped his position on a number of issues. In the past week, the President has called Dreamers “Absolutely incredible kids,” who deserve to be treated with great “heart.”[iii] Just a few days ago, Trump reaffirmed his supposed love for the Dreamers, demanding Congress to act while also allegedly striking a deal with top Democrats Chuck Schumer and Nancy Pelosi. The agreement involved saving DACA in exchange for increased border security.[iv] But after word of the deal reached the public, a fury of anger was unleashed on the President and Congress by anti-immigrant hardliners opposed to any kind of compromise. Unsurprisingly, Trump backed down, stating on twitter that “No deal was made last night on DACA.”[v]

Seemingly unable to hold to a position on any issue for more than 5 minutes, whether or not President Trump will act on behalf of the Dreamers still remains unclear. What is clear, however, is that Dreamers, activists and other Americans who support the program cannot count on the mismanaged executive branch for salvation. The real fight to save DACA will not happen in the White House, but on Capitol Hill. All eyes are now on Congress, where legislators will have until March 5th, 2018 to act.

Given this context, one fundamental question remains: Can Congress, with levels of political gridlock unseen since the Civil War, save the Dreamers? The short answer: Possibly.

According to FiveThirtyEight, a statistical news website, the House may have the votes to pass a kind of codification of DACA into law– if we accept a few baseline assumptions.[vi] For one thing, while achieving comprehensive immigration reform has eluded Congress for over a decade, a simple provision enshrining the legal status of Dreamers participating in DACA would be a much less daunting task for the legislature–especially if such a provision was attached as a “rider,”– a provision or clause which, although unrelated, is attached to a larger body of legislation in order to pass it. As Republicans have a brimming legislative agenda for the fall, Democrats will have more than a few opportunities to employ this tactic.

Another advantage of attaching an extension of DACA to another piece of legislation is that it would potentially give Republicans in Congress the political cover they need to save the Dreamers while simultaneously passing a more popular bill for their conservative base, such as the annual Defense Reauthorization Bill.

But despite the higher chance of saving DACA through this “rider” tactic, some Democrats insist that a standalone bill which comprehensively addresses the issue is the only way to fix the problem in the long term. If Democrats in Congress decide on this strategy, they will most likely try and push what some on the Hill are calling a “clean version” of the original Dream Act– a bill proposed in 2001 by Senator Dick Durbin which would have created a pathway to citizenship for undocumented immigrants brought to the United States as children. Since then, like so many other attempts to pass some sort of immigration reform, the Dream Act failed to become law– even in 2010 when Democrats were in control of both houses of Congress. Yet some remain optimistic. According to a poll by POLITICO/ Morning Consult, a majority of Americans support allowing Dreamers to stay in the United States; and with the Trump administration’s recent decision to end the program, people throughout the country have been impassioned to pressure their respective congressmen to act.[vii] “We want to do it as soon as possible and strike while the iron is hot because public opinion is so in favor” of DACA and the Dreamers, House Minority Leader Nancy Pelosi said in a statement.[viii]

Yet even with mounting public support for formally legalizing the status of Dreamers by means of a stand-alone bill, the likelihood of a “clean” legalization of DACA passing Congress is uncertain. In a recent statement, Republican Senator Tom Cotton asserted his unwillingness to protect undocumented immigrants unless such a measure went in conjunction with other provisions aiding American workers. Others in Congress such a Steve King, a congressman from Iowa and anti-immigrant firebrand, have labeled any sort of provision renewing DACA as “amnesty” and “Republican suicide.”[ix] Such rhetoric, as repulsive as it is, may be persuasive for many conservatives in Congress who watched Donald Trump win over the conservative base during the 2016 election with his intensely anti-immigrant policy platform.

Whether or not a majority of Congress can be convinced to revive the legal status of Dreamers is only one of the many variables at play in the coming legislative battle. Even if proponents of DACA can secure a filibuster proof majority in the upper chamber of Congress, Senate Majority Leader Mitch McConnell will still have to approve the bill for a vote on the Senate floor. Although McConnell has been critical of DACA since its implementation in 2012, he has never gone after the participants of the program directly. Instead, his criticism has been directed mostly at President Obama for his so-called “executive overreach.” In fact, McConnell has in the past expressed support of the Dreamers. Earlier in the year, the Senate Majority leader stated he was “very sympathetic with this situation” and that “these are young people who were brought here at a tender age and who have grown up here or are in the process of growing up here. I’m very sympathetic to that situation..”[x]A similar logic applies to Speaker of the House Paul Ryan. Like McConnell, Ryan’s earlier criticisms of DACA focused on the supposed “executive overreach” dimension rather than the Dreamers themselves. Ryan has recently stated that participants in DACA can “rest easy” and that he expects to reach a compromise with congressional democrats before the March 5th deadline.[xi] Although the details of such a compromise are still uncertain, many speculate that Republicans, like the President in his nullified deal with Democrats, will move in a positive direction on the DACA issue if Democrats support provisions to increase security on the southern border.

In the end, the fate of both DACA and the Dreamers will be decided not by sympathy, but rather the political calculus of politicians on Capitol Hill. We can only hope that this will lead to a compromise in favor of codifying some form of DACA into law. But with a politically paralyzed Congress, the future is far from certain.