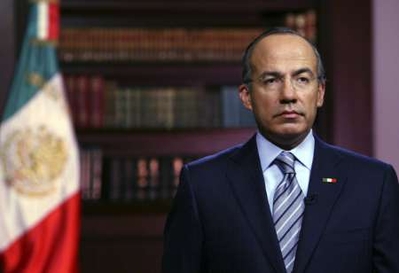 In 2006, when Mexican President Felipe Calderón’s administration launched the daunting task of taking on major drug cartels throughout the country, the country’s security landscape began to realign. As President Calderón’s tenure comes to an end, a growing number of critics are asking if the crackdown on drug trafficking cartels has been worth the increased violence.  One of these voices belongs to President-elect Enrique Peña Nieto, who will be bringing the revived Institutional Revolutionary Party (PRI) into power.

President Calderón’s policy on drug trafficking was initially met with enthusiastic praise by the United States’ government, demonstrated by President Bush’s donation of $1.4 billion USD to help subsidize counter-narcotics training and provide necessary equipment [1]. On the other hand, in 2006, President Calderón dispatched military troops and federal police to confront narco-violence in the Mexican states of Acapulco, Monterrey, and Michoacán, followed by an additional 10,000 troops to Ciudad Juárez in 2009 [2].

The stigma surrounding Mexico’s war on drugs evolved as more troops led to more violence. Homicide rates drastically escalated by more than 20 percent each year between 2007 and 2010, and eventually resulted in almost 60,000 drug-related deaths under his administration [3]. On the surface, it would seem as though the crime statistics are not in the President’s Calderón’s favor, but the increased level of drug-related violence began two years prior to Calderón’s tenure, during Vincente Fox’s presidency [4].  Even before that, the PRI allowed organized crime to flourish with impunity, as drug-trafficking organizations (DTOs) already had infiltrated pockets of the Mexican government and infrastructure. Although President Calderón’s strategies were not flawlessly executed, they were an improvement upon the policies of his predecessors.

President Calderón’s strategy of pursuing and decommissioning the heads of major cartels has been widely condemned, but the opposition does not always tell the full story. In December 2009, Mexican forces killed Arturo Beltrán Leyva, who, at the time of his death, was one of the three most wanted drug lords in the country [5]. More recently, the Mexican Navy captured Jorge Eduardo Costilla Sánchez and Mario Cárdenas Guillén, the first and second in command of the notorious Gulf Cartel [6].  While these are not the leaders of the violent and ruthless Zetas and Sinaloa cartels, these detentions prove that DTOs are struggling and are now weakening as the Mexican government receives more credibility. In addition to such high profile arrests, the Mexican government has seized over 114 tons of cocaine, 11,000 tons of marijuana, 75 tons of methamphetamines, 100,000 drug-associated vehicles, and $1 billion USD in cash.  These figures represent a cost to the cartels equaling $14.4 billion USD during the Calderón presidency. [7]

Although murder rates have slowed (the eight percent annual increase is down from the explosive three annual 20+ percent previous increases), Mexicans still have great cause for great concern [8].  President-elect Peña Nieto will take office this December, and his party, the PRI, will reassume its traditional hold on power.  Although the incoming president is branding his party as the “new” PRI, many scholars believe their association with organized crime has only strengthened in the last twelve years [9]. According to John M. Ackerman, a professor at the Institute for Legal Research of the National Autonomous University of Mexico, “The 10 states where the PRI has never lost power are among the most violent, underdeveloped and corrupt in the country. In these states, democratic transition and accountability are exotic concepts and the local governors rule like despotic feudal lords.” [10] Of these 10 states, the one governed from 2005 to 2011 by Peña Nieto saw dramatic increases in poverty and homicide rates, while millions of government funds simply vanished.  Furthermore, Peña Nieto plans to drastically change Mexico’s approach to fighting organized crime by concentrating Mexican resources on the more violent regions, while moving away from targeting cartel leaders. [11]

Upwards of 60,000 deaths are hardly an acceptable price to pay for dismantling drug cartels; however, allowing criminal organizations to operate freely may have resulted in even greater casualties.  Drug cartels had been given free reign by corrupt politicians and government officials, eventually leading criminal organizations to clash over limited land. In the end, Calderón has costed the drug cartels billions of dollars while seriously undermining major criminal networks.

In December, Mexico’s population will be placed in the hands of Enrique Peña Nieto.  He plans to change the direction taken by President Calderón by only targeting the violent regions of the country, and discontinuing the strategy of apprehending cartel leaders.  However, given the PRI’s foothold in the most under-developed areas of Mexico, it is likely that the PRI’s legendary reputation for corruption will continue.  Lastly, his strategic shift could be of grave concern for Mexico because citizens now should be able to see the results of President Calderón’s war on drugs.  It is very possible that if his strategy continued to be implemented effectively that the cartels would also continue to bleed assets, see its influence weaken, and cause less violence—leading to a new level of Mexican security and an advanced inventory of assets.

Please accept this article as a free contribution from COHA, but if re-postng, please afford authorial and institutional attribution. Exclusive rights can be negotiated.