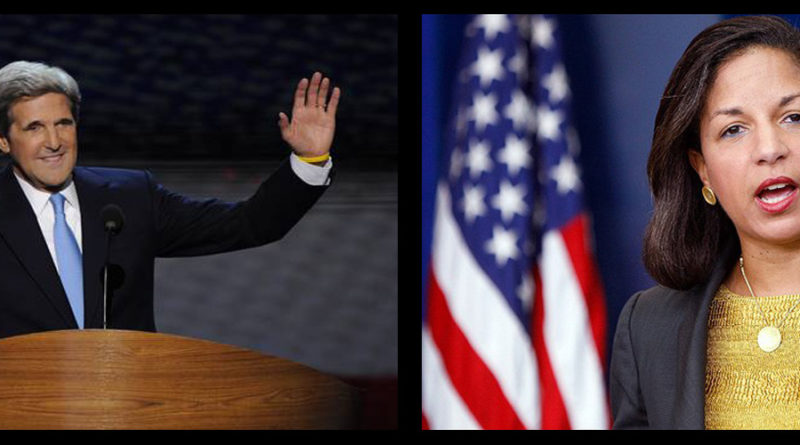 U.S. President Barack Obama is expected to nominate a new Secretary of State later this week, as Hillary Clinton intends to step down after the Presidential Inauguration in January. Clinton was a prolific traveler during her four years as Secretary of State, visiting Latin America and the Caribbean fourteen times, but never in a particularly transformative manner. The extent to which her successor emphasizes Western Hemispheric affairs could have far-reaching consequences for interregional cooperation and competition.

Senator John Kerry and U.N. Ambassador Susan Rice are the two most likely candidates for the position.  While neither candidate is a Latin American specialist, their respective approaches to the region in the past may shed some light on what their policies might be if nominated.

Senator John Kerry, the Chairman of the Senate Foreign Relations Committee and the 2004 Democratic Presidential nominee, is a top contender for the job. He has also been mentioned as a possible candidate for Secretary of Defense.

In the past, Kerry has proven that he is not afraid to denounce the typical U.S. policy toward Latin America. During the Reagan and Bush Sr. administrations, in the face of criticism from the right and the left, Kerry condemned the U.S. government for funding drug traffickers who had been linked to the Contra rebels in Nicaragua. He also initiated an investigation of the Bank of Credit and Commerce International for laundering money for Manuel Noriega, the former Panamanian dictator, which eventually led to the bank’s closure in 1991.

As a Senator, Kerry has expressed his general support for free trade, as long as it is applied in a responsible manner. For example, he voted for the North American Free Trade Agreement (NAFTA) in 1993, but voted against the Central American Free Trade Agreement (CAFTA) in 2005, because it did not provide enough protection for Central American workers.1 On the day of the CAFTA vote, Kerry spoke against it on the Senate floor, saying “We must ensure that a trade agreement with Central American countries…encourages balanced and widespread economic growth and opportunity for all people in the region.”2

The Senator has also taken a stand on climate change and has supported cooperation with Latin America on the development of new forms of energy. In 2009, he wrote an article titled “The Fulcrum of Our New Relationship in the Americas,” stating that the United States “must cooperate with Latin America to fundamentally change the way the Western Hemisphere uses energy and to protect its forests and jungles.”3

Finally, Kerry supported the Freedom to Travel to Cuba Act, which was introduced in 2009 but was never voted on, which allowed U.S. citizens to have unrestricted access to Cuba. He wrote that “the act does not lift the embargo or normalize relations,” but merely stops the U.S. government from placing restrictions on the movement of private citizens.4

Susan Rice, the U.S. Ambassador to the United Nations and a longtime advisor of President Obama, is also a likely contender for the Secretary of State position. At a press conference on November 14, Obama expressed his confidence in Rice, defending her from accusations that she was unfit for the job. Unlike Kerry, who addressed Latin American affairs on the Senate Foreign Relations Committee, Rice has had little chance to demonstrate her policies toward the region. Her only interactions with hemispheric nations have taken place at the United Nations, where political realities have put her at odds with Brazil and Cuba.

Calling herself a principled pragmatist, Rice has taken a strong stance on human rights and humanitarian issues.5 Last year, her support for intervention in Syria led to a rhetorical clash with Brazil in the U.N. Security Council, because it refused to pressure the Assad regime. Taking a cynical view of the conduct of Brazil and other developing nations in the Security Council, Rice remarked in September of last year, “Let me just say, we’ve learned a lot and, frankly, not all of it encouraging.”6

Rice’s relations with Cuba have also gotten to a rocky start because of her position as U.N. Ambassador. In the United Nations, Rice has defended the Cuban embargo and criticized Cuba for its human rights abuses. On the other hand, in a statement to the U.N. General Assembly on October 28, 2009, Rice said that “the United States has demonstrated that we are prepared to engage the Government of Cuba on issues that affect the security and well-being of both our peoples,” and pointed out steps that the United States had taken to open U.S.-Cuban relations.7 Nevertheless, it is difficult to imagine Rice taking a conciliatory tone toward Cuba in the future, unless the Cuban government first makes major concessions.

John Kerry’s track record demonstrates that he is willing to bring an innovative attitude to regional affairs, but it remains to be seen whether his past approach would continue. On the other hand, as the U.N. representative, Susan Rice has mostly been a conduit of official U.S. policy. Regardless of which candidate is chosen, Latin America is likely to continue its back-seat role given the Obama administration’s focus on the Middle East and Asia. Latin America will most likely only arise in the context of free trade, and relations with Cuba and Venezuela are likely to remain sour. The appointment of either Kerry or Rice could signal another four-year opportunity for U.S.-Latin American relations, but the new era will probably not be much different from the previous one.

UPDATE: Because of the controversy over Susan Rice’s response to the Benghazi attacks, President Obama has not yet made his nomination as of Monday, December 3. A decision is expected in the near future.

See other COHA Articles:
The Trans-Pacific Partnership: Free Trade at What Costs?
The Failures of NAFTA