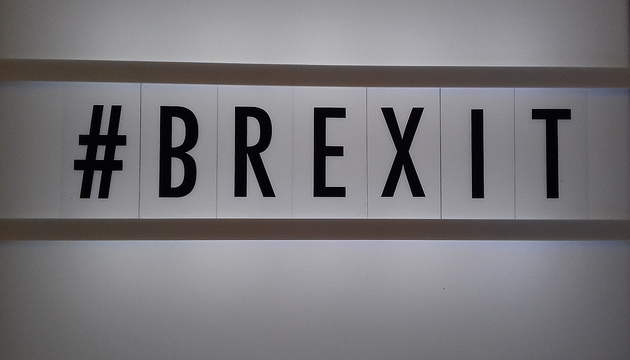 The United Kingdom and Argentina have argued about the sovereignty of the Falkland island archipelago in the South Atlantic Ocean for more than one hundred and eighty years. The British-dominated territory is known as the Islas Malvinas in Argentina. For most of the period of dispute the two nations have argued and negotiated over the status of the islands. However, in April 1982 the Argentine military, which had ruled the country as a repressive dictatorship, suddenly invaded the islands, leading to a war that lasted until June of that year with a loss of approximately nine hundred lives.

In response, the U.K. granted the residents of the islands, known informally as Kelpers, greater protection and some local autonomy to counter Argentine claims that the islands were a colony. After the fall of the Argentine military regime, subsequent governments in Buenos Aires have peacefully insisted on new negotiations to resolve the issue.

Now, with the advent of Brexit, a term describing the process of British disengagement from the European Union, there is a renewed focus on the islands’ status by locals, British politicians and Argentine leaders.

One member of the local island government, Michael Poole, was quoted in the London Daily Mail before the June 2016 referendum on whether the U.K. should break ties with the EU. “If there is a decision to leave, if we suddenly lost that tariff free and quota free access to that major market then that could be catastrophic,” he said.[i]

There are two main reasons for Kelpers to fear Brexit. First, the economy of the islands depends heavily on exports to Europe, especially Spain and Italy. As long as the U.K. is part of the EU, goods and commodities from the Falkland Islands can be exported to Europe as part of a single market, with no tariffs or restrictions. Once the U.K. exits the EU, these products will lose their trade advantage. Approximately 60% of the islands’ income comes from exports of fish, bringing in more than 100 million U.S. dollars each year. If this market is reduced or lost, the islands economy will suffer. There are other elements of the local economy that will not be affected so severely. Meat and wool exports are not as heavily concentrated in the EU. It should be noted that tourism does not rely on EU membership. Nevertheless, Brexit will pose serious problems for the island economy and the process of British withdrawal is full of uncertainty.

The other fear among Kelpers is for their security as a British territory. By far the majority of the 2,000 island residents wish to remain British citizens, and they appreciate the expense born by the U.K. for their defense. In 2012 Business Insider magazine estimated that the cost of defending the Falkland/Malvinas was a staggering 96 million U.S. dollars per year, or roughly 31,000 dollars per person.[ii] So far, British politicians are willing to bear the expense for largely symbolic reasons. However, if Brexit noticeably weakens the British economy, these defense costs may be reviewed, and that gives concern to island residents.

The second area of tension over Brexit is related to maintaining island security. Gavin Short, a Falkland Islands lawmaker, has expressed concern that the government of Argentina may try to exploit the support it has received from some EU members over the issue of sovereignty. The Spanish government has consistently criticized the U.K. over Gibraltar, and that territory is also in the middle of the Brexit issue. In early 2016 the Spanish foreign ministry stated that Spain “shares in the calls of Argentine government for the United Kingdom to return the Malvinas (Falkland Islands) to Argentina.”[iii]  In 2013 a member of the European Parliament (MEP) and head of the EU delegation, Yañez Barnuevo, affirmed that for the European Parliament “British sovereignty over the (Malvinas) Islands as such, is not accepted”.[iv]

Argentine president, Mauricio Macri, stated that Brexit will not change the claim his country has for the islands, but insists that he will pursue negotiations peacefully on the issue. [v] This does not entirely satisfy Kelpers or British politicians who feel that circumstances surrounding Brexit could challenge Britain’s hold on the islands as its citizens search out new economic opportunities with Mercosur, a free trade area encompassing much of South America. As a Mercosur member, Argentina may seek to increase economic ties to the islands, weakening British control.

It is too early to determine the long-term impact of Brexit on the Falkland Islands/Islas Malvinas, as the United Nations has termed the territory. The Kelpers face uncertainty about their future economic ties with the EU and their relationship with Argentina. Brexit has initiated a period of fear as well as hope.

[i]  “Brexit would be ‘catastrophic’ for the Falklands and could push the islanders closer to Argentina, warns top politician,” Daily Mail, January 17, 2017. Accessed January 27, 2017. http://www.dailymail.co.uk/news/article-3451442/Brexit-catastrophic-Falklands-push-islanders-closer-Argentina-warns-politician.html

[iv] “Falkland Islands: ‘British sovereignty over the Islands as such, is not accepted by the European Parliament,’” MercoPress, May 6, 2013. Accessed January 27, 2017. http://en.mercopress.com/2013/05/06/falkland-islands-british-sovereignty-over-the-islands-as-such-is-not-accepted-by-the-european-parliament