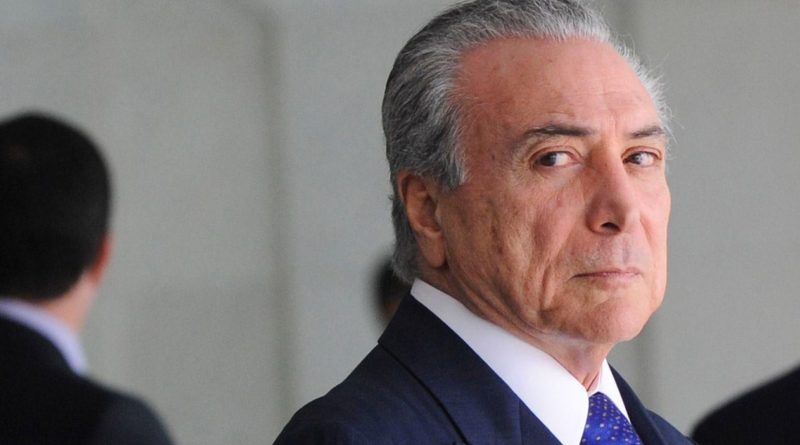 This article was first published in the Australian Institute for International Affairs’ online publication Australian Outlook . The original version of the article can be found here: http://www.internationalaffairs.org.au/australian_outlook/brazils-house-of-cards-in-a-hurricane/

The impeachment of Dilma Rousseff, Brazil’s first female president, stands as both a significant trauma to Brazilian democracy and a window into the serious underlying structural issues still plaguing the country. The new president, Michel Temer, will have to tackle these issues to achieve the economic stabilization and growth goals he has set for himself; it could also mean taking on the forces that put him in office in the first place.

To be clear, Rousseff’s impeachment on 31 August was completely legal and carefully followed due process. Still, there is a very strong argument to be made that ‘crimes of responsibility’, which in this case involved creative accounting to boost economic indicators in the run up to the 2014 presidential ballot, are nowhere near serious enough to merit the punishment of impeachment. Yet, as appealing as this argument is on an emotional level for the Left, it ignores the fundamental reality that impeachment is a political trial bound by legal procedural constraints.

That Rousseff was impeached for what would normally be a relatively minor administrative transgression that all of her predecessors also perpetrated, albeit at a significantly smaller scale, points to a major shift in the balance of power between the Congress and the presidency. Indeed, the legal instrument removing Rousseff from office was used to reinforce this point.

Working with Rousseff’s Workers’ Party and Supreme Court President Ricardo Lewandoski, Senate President Renan Calheiros split the Senate impeachment vote under Article 52 of the constitution into two parts. The first vote was to fire Rousseff, which passed with an overwhelming majority. The second, which failed, would have stripped Rousseff of her political rights for the next eight years. The result is that while Rousseff has been removed from the presidency, she is immediately eligible to run for a new elected office. President Michel Temer, whose own political rights are suspended for eight years from 2018 for campaign improprieties, was reportedly incensed that Calheiros, one of his key allies in Congress, allowed this to take place. Behind the bluster is a more chilling message from the Senate that not only bluntly reminds the president of his office’s limited powers and authority, but also makes it clear that a large number of legislators have very specific interests that they expect the president to protect.

Calheiros is but one of the nearly 60 per cent of senators and deputies in Congress being investigated for a wide range of crimes, including serious instances of fraud and corruption. Indeed, Calheiros, Temer, and Chamber of Deputies President Rodrigo Maia are all implicated in the Lava Jato investigation into corruption at Petrobras. What bothers these figures and their colleagues is that the justice is closing in on their congressional privilege. One senior senator from the Workers’ Party, Delcidio do Amaral, has already fallen and signed a plea bargain implicating 74 other individuals, including Temer. Former Chamber of Deputies President Eduardo Cunha, the man who allowed pursuit of Rousseff’s impeachment, was himself expelled from Congress on Monday.

While not part of the formal charges, a key reason Rousseff’s prosecution was pursued by some members of Congress was as a strategy to regain control of the presidency and shut down the Lava Jato investigation. Indeed, three of the ministers Temer first appointed to his interim government had to be removed because they were recorded discussing how to implement this very strategy. While Temer has recently rubbished such conspiracy theories by forcefully stating that he will leave the judiciary to run Lava Jato independently, presidential inaction can prove as great a barrier as direct interference. As Calheiros subtly pointed out, it is very clear Temer, who still has impeachment charges pending against him, serves at the pleasure of Congress.

Part of the underlying problem afflicting Brazilian politics was recently highlighted by former President Fernando Henrique Cardoso, who opined that Congress appears stuck in a classic Latin American tutelary state mindset. Elected representatives somehow fail to understand that the concerns of the Brazilian people are very different than those sitting in Congress. Pushing the point further he suggested that a big part of the problem was that the leading parties such as the Workers’ Party, Temer’s PMDB, and his own PSDB were old and tired, lacking new blood and ideas. In some ways he pointed to a similar malaise for Brazilian society, noting an anti-meritocratic attitude that saw people expecting to get things because ‘it is their right’, not because they have done something to deserve it.

With respect to Congress, Cardoso has a point. The prevailing attitude in its halls appears to be that the elected elite deserve anything they can get, that they should take it as quickly as they can, and that they should work in a concerted manner to help and protect each other. Unfortunately, the irony of making these complaints seemed completely lost on Cardoso, who for the last 14 years has continued to be a key power broker within the PSDB, playing a major role in directing the political strategy for the party from his offices in downtown São Paulo and helping perpetuate the very patterns of conduct that have brought about his country’s most recent political crisis.

The other element that Cardoso appeared to miss in his analysis is the extent to which the larger Brazilian public has lost patience with not being rewarded for the meritocratic achievements of their country during the commodity boom years. Indeed, the central message in the widespread turn against Rousseff’s Workers’ Party has been one of frustration that the hard yards put in by millions of Brazilians to improve their own lives is constantly frustrated by the inability of public services to grow with them, be it transportation, health care, or education. What Lava Jato has instead highlighted to the wider population is the extent to which the only thing that matters are personal connections and that the only route to wealth and success continues to be cultivation of the sorts of elite compacts and networks found in the near feudal atmosphere of early 20th century rural Brazil.

Temer has put his attention squarely on economic reform, which is something badly needed in Brazil. The state pension system is threatening to bankrupt the country. Inefficiencies abound in areas such as health care, transportation and education. Government procurement is a mess. All of this can neatly be wrapped up and ‘tackled’ in the standard language of pro-market, liberal economic policy, which is precisely what Temer has done. But, this approach misses the underlying structural crisis of politics that will inevitably hamstring any effective reform effort and continue to hamper social and economic progress in Brazil. In short, the problems of congressional corruption that brought us down the Lava Jato and impeachment path will continue to threaten to derail any reforms brought in by Temer.

Combating the institutionalized pattern of corruption is made particularly difficult by a combination of de facto immunity from prosecution and a list-based electoral system that ensures the inner circle of the major political parties will almost inevitably be returned to office irrespective of their personal standing or misdemeanors. Indeed, politicians make explicit use of these provisions to protect themselves from prosecution and to advance a range of schemes diverting public resources into private coffers.

Two challenges consequently threaten to cripple Temer should he genuinely attempt to run the sort of restorative government needed by Brazil. First, he has been clearly warned by Calheiros that if he threatens the golden goose he, too, shall fall. Moreover, if he wants to get any legislation through Congress he will have to turn a strategic blind eye to all manner of malfeasance by members of his coalition, something that his predecessors Rousseff, Lula and Cardoso also did.

Should Temer decide to try and strike a new path it is almost inevitable that he will have to drive a process of comprehensive political reform that makes deputies directly accountable to a specific electorate, not a vague statewide constituency. This is clearly not something the current tenants of the Chamber of Deputies will see as being in their interests, and they are the very ones who would have to write and pass the necessary constitutional amendments. Indeed, it is something that Temer’s own past political alliances and scheming make impossible lest too much light be shed upon the skeletons in his own closet.

In recent days Temer has been quoted in the Brazilian press as saying “I just want to govern. For me, it is honourable.” While his opponents, who are regularly staging massive rallies in Brazil’s major cities, deride this as yet another instance of an inflated sense of noblesse oblige, being charitable we could frame it as a plea to his congressional allies. To achieve the economic stabilization and growth goals he has set for himself could well require taking on the very forces that put him office in the first place. In the end just surviving the increasing turbulence of Brazil’s rapidly transforming political scene and receding into an obscure retirement may emerge as Temer’s biggest achievement.

By Sean Burges, Senior Research Fellow at the Council on Hemispheric Affairs