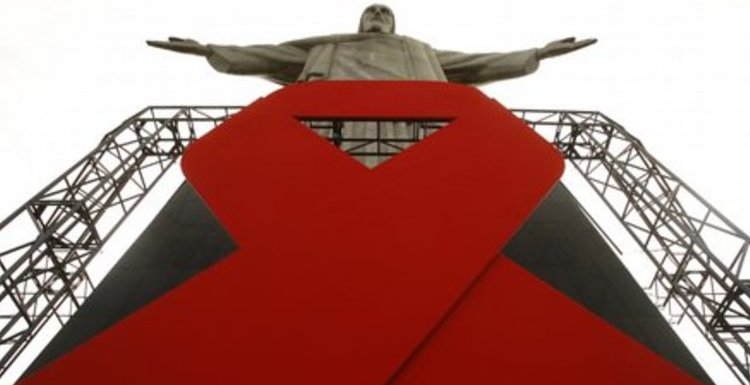 In mid-July, at the Joint United Nations Program on HIV/AIDS (UNAIDS), experts concluded that a key factor in reducing AIDS-related deaths was ensuring that countries’ public sectors take on a greater role in distributing medication and promoting safe sex measures. In essence, developing nations were recommended to emulate the initiatives that the Brazilian government has carried out over the last 15 years to combat HIV/AIDS. [1] This view amongst the international community suggests an emerging worldwide recognition of Brazil’s success in tackling this terrible epidemic, which could increase the chances that other developing nations will enact similar legislation. Additionally, these nations will not have to face the same international scorn that Brazil confronted throughout the process of enacting landmark legislation and policies. Much of Brazil’s success in reducing the contraction and transmission of HIV/AIDS has been due to the country’s willingness to defy international powers, including private sector pharmaceutical companies and socially conservative U.S. policymakers. [2] Hopefully, as UNAIDS recommends, Brazil’s success in combating the AIDS epidemic will be emulated by others.

When antiretrovirals (ARVs) were invented in the mid-1990s, Brazil protected its people by enacting breakthrough legislation, including a patent law that allowed both for the production of the generic drugs and their universal free distribution. The 1997 patent law states that Brazil reserves the right to authorize a local company to produce ARVs without the permission of the patent holder, regardless of the pharmaceutical company’s country of origin. This right, known as compulsory licensing, is endowed to nations in order to respond to public health crises. [3] Furthermore, Article 68 of the patent law asserts that Brazil has the ability to produce a generic version of the drugs in instances when patent holders do not manufacture their products in Brazil, ensuring that those suffering from HIV/AIDS are able to receive the treatment they require. [4]

By 2003, (six years following the enactment of this law), the number of AIDS-related deaths had dropped by 50 percent. [5] Furthermore, hospitalizations due to AIDS-related complications decreased by 80 percent. [6] The government has been able to provide these drugs free of charge primarily because the domestic production of ARVs keeps prices lower than those of the imported variety. This policy actively defies international pharmaceutical companies, which charge far higher prices and are determined to make a profit off of the pandemic.

Brazil’s patent law angered many private pharmaceutical companies, who asked the United States to challenge the law at the World Trade Organization (WTO) conference in Qatar in 2001. The companies felt threatened because, should developing countries suffering from high infection rates follow a similar model as Brazil, their revenue stream could be jeopardized. [7] In the early 2000s, the United States argued that Brazil and other developing nations did not have the authority to domestically produce a pharmaceutical company’s patented drugs at a generic level, citing TRIPS (Agreement on Trade Related Aspects of Intellectual Property Rights). [8]

Fortunately, at the WTO conference, a majority vote (all member countries excluding the United States) concluded that member countries have the right to protect the public health of their citizens.  Thus, Brazil was allowed to continue to manufacture patented ARVs locally. [9] Considering the economic and political influence of major pharmaceutical companies worldwide, however, Brazil still struggles with issues concerning international drug patents. Nevertheless, Brazil’s emergence as the victor in this early fight against restrictive international patent laws set an important precedent for developing countries to assert their right to protect the public health of their populace.

In addition to the patent laws, progressive social policies enacted by Brazilian policymakers have been instrumental in decreasing rates of infection. Many of these policies revolve around preventing the population from contracting and transmitting HIV/AIDS rather than educating citizens regarding more general issues, such as the dangers of drug use or the benefits of abstinence, the approach currently utilized by the United States. For example, in 1996 Brazil established a needle exchange program in an effort to decrease HIV/AIDS transmission for injecting drug users. Reports indicate that these programs have been effective. As of July 2012, only 5.9 percent of drug users in Brazil are HIV positive. [10] Such initiatives demonstrate that investing in the distribution of clean needles rather than focusing resources solely on educating the populace about the dangers of drug use have been successful at reducing the infection rate amongst drug users, an at-risk population group for contracting HIV.

Brazil has even addressed prevention methods for sex workers, another major source of HIV transmission. Lawmakers saw an opportunity to decrease the infection rate by encouraging sex workers to distribute free condoms to their clients. [11] The government has prioritized measures to prevent the transmission of HIV over the enforcement of prostitution laws, which often are overlooked by law enforcement agencies.

Friction with the United States

While the progressive social policies implemented by Brazil have helped in eroding the negative stigma associated with HIV/AIDS, the radical nature of the programs has stirred great angst among right-wing politicians in the United States. Though the policies have been effective, these conservative politicians continue to tend to interpret the measures as an immoral promotion of drug use and promiscuity.

The Brazilian government’s partnership with sex workers is seen as inappropriate and as a taboo to conservative Americans, who maintain that the ABC approach (abstinence first, being faithful second, and the use of condoms third) is the most successful and moral position in combatting HIV/AIDS. [12] Brazilians, on the other hand, believe that such an extreme emphasis on abstinence is not a realistic approach in the modern world, where sex is becoming a topic increasingly open to discussion. [13] Brazilian lawmakers view the role of sex workers in distributing condoms and promoting safe sex as instrumental in educating the populace about the steps that can be taken to prevent HIV/AIDS. [14]

The United States’ objections to Brazil’s AIDS program have not only been basically rhetorical, but have also been reflected in its foreign policy. The George W. Bush Administration, though verbally stating that it was dedicated to countering the epidemic worldwide, was highly critical of Brazil’s program. [15] In fact, in 2005, the United States Agency for International Development (USAID) declined to renew a $40 million USD grant towards AIDS prevention in Brazil because the country would not condemn prostitution. [16] In the end, Brazil accepted the loss of this grant in order to continue with its progressive program that has been successful in combating HIV/AIDS for over a decade.

What’s Next? Brazil as a Model for Developing Countries

The success of Brazil’s policies can be put into perspective when compared to other developing countries that have been strongly afflicted by the AIDS epidemic, such as South Africa.

In the 1980s and 1990s, most countries worldwide experienced a rampant increase in the rate of infection. At the beginning of this period, Brazil and South Africa had very comparable statistics in regards to HIV/AIDS, with approximately a 1 percent infection rate. [17] Because of its traditionalist approach to the AIDS epidemic (including former South African President Thabo Mbeki’s denial of the link between the HIV virus and AIDS), the rate of infection skyrocketed to 18 percent. [18] [19] In contrast, Brazil’s progressive policies not only contained its rate of infection, but even resulted in a significant decrease to an infection rate of 0.4 percent as of July 2012. [20]

Though some of the actions that the Brazilian government has taken to combat AIDS remain controversial in the eyes of conservative Americans, these remedial actions have saved tens of thousands of lives. Unlike many nations, Brazil views HIV/AIDS as a human rights issue rather than an ideological one from which pharmaceutical companies can profit. It is commendable that UNAIDS and other relief agencies advocate for other countries to emulate Brazil’s efforts. [21] Brazil’s willingness to stand firm against the United States exemplifies Brasilia’s dedication to protecting its citizens (at least when it pertains to HIV/AIDS), regardless of how the policies are seen in the eyes of the international community, and serves as a model for developing countries worldwide.

Christie Mount, Research Associate at the Council on Hemispheric Affairs