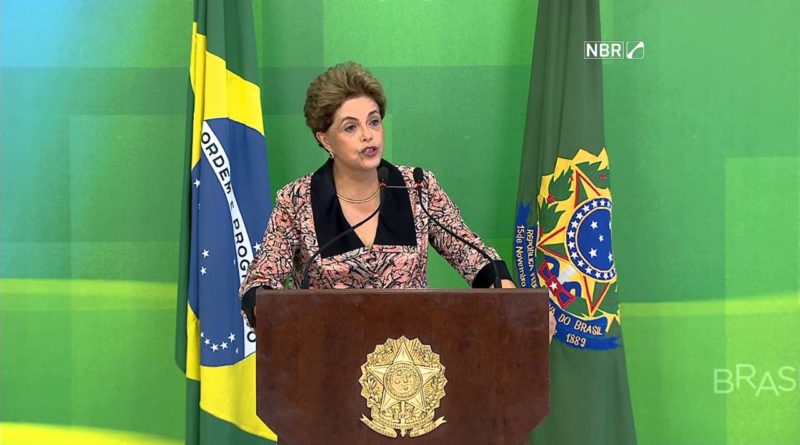 On July 14, Brazilian Prosecutor Ivan Claudio Marx reported that the delaying of payments to banks made by President Dilma Rousseff’s administration does not constitute a crime of responsibility.[1] Marx stated that the maneuvers, known as fiscal pedaling, were “a violation of the contract between the government and the banks but not a crime.”[2] The prosecutor’s report even advised terminating the criminal case on Rousseff’s accounting practices and requested a new investigation into illegal payments made by the government without congressional approval.[3]

In 2015, Brazil Attorney General Luís Inácio Adams affirmed that delays in transfers from the National Treasury to public banks, which had to be disbursed from Brazil’s own reserves to pay for social programs, also occurred in past governments and were not considered irregular by the Union Accounts Court (TCU).[4] This action, intended to momentarily relieve the fiscal framework of the country, is one of the main accusations the opposition used to carry out the illegal impeachment against President Rousseff. The Brazilian Constitution states that an impeachment can only be carried out if the President commits crimes of responsibility, which Rousseff is not guilty of.

Marx’s report poses an obstacle to the senators and government officials supporting the impeachment. Earlier in July, a board of experts, tasked with investigating the accusations against Brazilian President Dilma Rousseff, found no proof of her direct involvement with the country’s fiscal budgetary maneuvers.[5] Following the release of another report absolving Rousseff, the Workers’ Party Senator Gleisi Hoffmann has filed a request to invite the Federal Prosecutor to speak in the Senate, where the impeachment process is being tried.[6] Additionally, she has asked senators to close the impeachment probe.[7] Following Congresswoman Hoffmann, Senator Lindbergh Farias, also from the Workers’ Party, stated that “this process is discredited once and for all” and further recommended the House to stop leading the impeachment forward.[8]