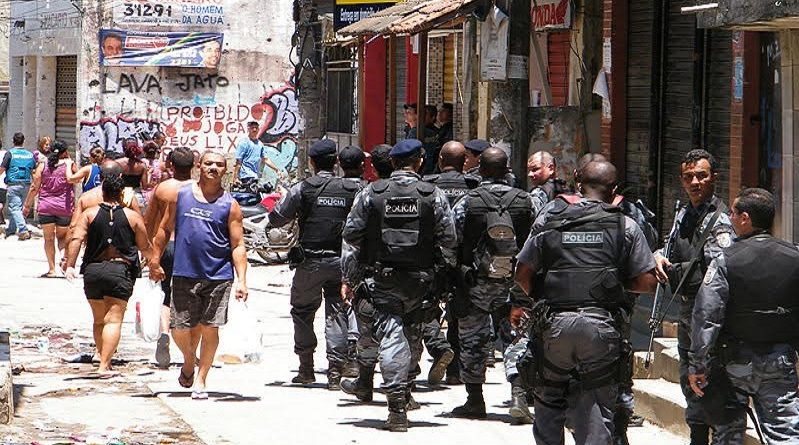 Brazil is currently facing its worst recession in decades while corruption allegations consume the nation’s attention, moving vital resources away from the country’s most vulnerable. Economic uncertainty and the wave of corruption exposures are causing enormous concern, but stabilization seems unlikely as more charges continue to be inflicted upon politicians, including the de facto president Michel Temer. Government money flows into expanding the judiciary branch and raising government salaries, but funding for social programs designed to overcome the historical inequality in the country, alleviate poverty, and reduce drug-related violence is limited, if at all. The fight against corruption dominates Brazil’s political sphere as opposing parties seek to gain political power, leaving the nation’s most vulnerable even further behind.

The ruling party in government today is Temer’s Brazilian Democratic Movement Party (Partido do Movimento Democrático Brasileiro, PMDB). Using the economic downturn under the ousted former President Dilma Rousseff, of the Workers’ Party (Partidos dos Trabalhadores, PT), as an excuse, competing parties launched an investigation into how her coalition campaign for reelection in 2014 was funded. Aécio Neves, of the Brazilian Social Democracy Party (Partido da Social Democracia Brasileira, PSDB), initiated judicial action against Rousseff and Temer, her vice-president at the time. Recently, Neves admitted that he began the investigation “just to annoy” Rousseff and her party.[i] Meanwhile, Temer was convicted of violating election laws and banned from running from office for eight years.[ii] However, after Rousseff’s illegitimate impeachment, he has assumed political control until the 2018 election.

Following one percent economic growth in the first three months of 2017, PMDB officials claim that the recent recession is now over.[iii] However, 14 million people are still unemployed and Brazil’s stock market plummeted after recordings of Temer taking bribes were leaked in May.[iv] Additionally, Temer’s tight economic policies have limited public spending on education, healthcare, and social programs. Any small economic recovery has only been felt by Brazil’s economic elites. Elected officials and elite public employees continue to enjoy large salaries, but the austerity measures enacted under Temer limit the availability of social policies to a number of vulnerable Brazilians. Further, the corruption investigations are discovering that politicians are manipulating government funds by funnelling public money into personal accounts. When politicians divert social funds, they are stealing resources vital to existing social programs.

Rio de Janeiro suffers from high poverty and soaring crime rates, and many of the state’s social programs are failing due to lack of funding. On June 13, one of Brazil’s former governors of Rio de Janeiro, Sérgio Cabral, was found guilty of accepting over $800 thousand USD in bribes from a construction company to conduct overpriced projects on an oil-refinery owned by Petrobras, the state-owned oil company involved in a multitude of corruption allegations.[v] Cabral, a member of PMDB, who is also believed to have diverted over $100 million USD from public to personal accounts while in office, was sentenced to 14 years and 2 months in prison for his actions.[vi] As governor, Cabral pioneered social programs to expand the state’s payroll in order to increase employment and create a police pacification unit (UPP).[vii] The UPP, initiated in 2008, aimed to remove heavily armed gangs from the city’s favelas, and create permanent police posts to prevent a resurgence of a gang presence.[viii] Additionally, the project sought to improve schools, health clinics, and sewage systems in favelas.[ix] While many residents were pleased with a lowered gang presence in favelas, the communities have become militarized settlements and pledged social improvements were left largely unrealized.[x] The public funds Cabral embezzled were necessary to maintain the UPP, which is now failing due to lack of funding. Of the $100 million USD Cabral is suspected of transferring into his personal accounts, $67.1 million USD were meant to improve building works in favelas.[xi]

Further, due to the actions of Cabral and other government officials, Rio de Janeiro found itself claiming a “state of calamity” in June 2016 when the state declared bankruptcy and could not meet the financial commitments it made for the Olympic Games.[xii] While Cabral and other politicians were accepting egregious bribes and using public funds for private uses, civil servants were not being paid.[xiii] In May 2017, Governor Fernando Pezão extended the calamity status to the end of 2018 because the state could not pay off its debts to the federal government on time.[xiv] Budget cuts have accompanied the admission of bankruptcy and many of Cabral’s social initiatives have failed, leaving civilians worse off than before the projects had been initiated.

Failed social programs tend to make crime increasingly appealing as civilians turn desperate and resort to robbery and drug-related activities for sources of income.[xv] On the other hand, many police officers in Rio de Janeiro have not been receiving paychecks and are not being offered training upon being hired.[xvi] Due to this lack of training and little incentive to work, officers often resort to violence when dealing with people living in favelas. As previously documented by COHA,[xvii] this violence is targeted towards young black men and the officers are repeatedly not held accountable for their actions.[xviii] Amnesty International has found that the Rio de Janeiro police “have unnecessarily and excessively used lethal force, resulting in the deaths of thousands of people over the past decade.”[xix] While the UPP initially had success removing drug gangs from Rio de Janeiro’s favelas and reducing murder rates by 40 percent between 2008 and 2012, a lack of follow-up investment and political will to maintain the  program is allowing for a resurgence of crime — seen through the excess of both gang and police violence.[xx] In January and February of this year in Rio de Janeiro alone, there was a 78 percent increase in killings during police operations from 2016, a majority of these victims being young black men.[xxi]

With political attention distracted by corruption allegations, police-related violence has surged in their frequency as their actions are left unregulated and funds for training programs no longer exist. Violence in favelas directly affects the civilians living in these marginalized communities, including innocent bystanders who are often caught in police-gang crossfire. In theory, the solution to increased police violence is investment to better law enforcement training, as well as improving social programs to provide alternatives to drug and crime related income. However, corruption underlies Brazil’s political system, and the national focus on fighting it prevents effective national security plans from being created and sustained.

As more and more Brazilian politicians are indicted for corruption, it is revealed that copious amounts of public funds have been tampered with. In addition to Cabral, over 100 politicians have been charged for corruption, including Temer, and many others are currently under investigation.[xxii] The exposure of the widespread corruption that plagues Brazil’s political system continues to maintain, to a certain extent, an explanation of why many social programs fail to provide for the nation’s poor. In response to the increased crime rates, particularly in Rio de Janeiro, Temer had promised to release a new national security plan.[xxiii] While this initiative will aim to address the rising crime, it would also most likely intensify the militarization of Brazil’s law enforcement. Nevertheless, following his indictment on June 26 for accepting R$500,000 ($151,650 USD) in bribes from the local meatpacking company JBS, this plan seems to have been put on hold.[xxiv] Brazil suffers from immense income disparities, and they are only exacerbated by politicians’ illicit handling of public money and the utter nonchalance over public improvements. Even though corruption consumes the national focus, there must be a redirection of government attention in order to address Brazil’s other deep social issues.