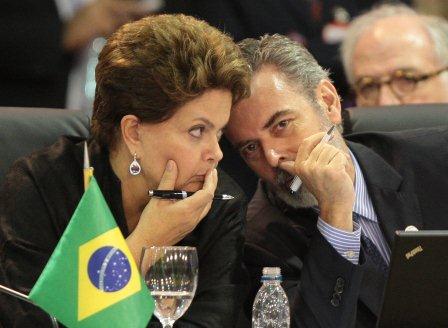 Half a century ago, a spirit of “what is good for the USA is also good for Brazil” defined the Brazilian government’s approach to foreign policy. Yet now Brazil is more aware of its power. As it seeks to expand its influence throughout and beyond Latin America, its foreign policy increasingly collides with the historically U.S.-dominated role in guiding issues such as trade and security matters. Since the 1990s, Brazil has risen as a regional power in Latin America by crafting political and economic alliances with its neighbors. Its attempts to influence the outcome of elections and develop economic exchanges in the region demonstrate its pursuit of a leadership role in Latin America—replacing the U.S. with a more likeable partner and perhaps a more agreeable mix.

The era of Rio Branco—the country’s most important diplomat—effectively defined Brazil’s geopolitical 20th century position as well as a dramatic expansion of its foreign policy focus. While this period included a series of brief skirmishes on Brazil’s international and domestic stage, including its minimal participation in WWII and two important internal conflicts—the reform-based “Tenente” uprising in the 1920’s and the resulting military coup in the 1930s—none of them amounted to truly successful and authentic revolutions. Born with aspirations of high levels of development and economic stability, Brazil instead became known for being a relatively peaceful giant.

While Brazil tended to its foreign policy at large, it remained focused on maintaining its historical European ties. Dispensing most of its trade to Europe, Brazil’s relationship with the continent—described by dependency theorists Celso Furtado and future President Fernando Henrique Cardoso in the 1960s—locked the country out of economic relations with Latin America. Brazil’s economic development in the 1990s contributed to its decision to focus on Latin America and to the increase its engagement and leadership in the region. As President Dilma Rouseff declared about Brazil’s relations with Latin America, “there is no room for the strife and rivalries that separated us in the past. The countries of the continent have become valuable economic and political partners of Brazil”.(1) As such, Brazil’s most successful attempt at increasing its economic relations with the region has been through its participation in and promotion of Mercosur, a regional organization enforcing trade ties in South America. By opening its markets in Mercosur, trade surplus trends in Brazil rose from US$1.7 billion to US$16 billion between 2002 and 2007.(2)

Yet some factors explaining the ascendancy of its foreign policy in the region remain unclear. While the increase in trade relations with neighbors has brought Brazil into conflict with U.S. interests, it is also clear that large manifestations of U.S. influence in the region are becoming increasingly infrequent. Instead of intervening directly and aggressively—as Washington did in the 1973 Chilean coup d’état against Salvador Allende—, Brazil is being careful to avoid the label of being yet another imperialistic power.

Brazilian leaders, like PT (Partido dos Trabalhadores) President Rui Falcão, have backed supporting political parties opposing neoliberalism and imperialism. Undoubtedly, Brazil recently strengthened its ties with leftist leaders defending social reforms such as those of Mauricio Funes from the FMLN in El Salvador. Yet statements like Mr. Falcão’s are more rhetorical and unrealistic than reflective of endorsements by the Brazilian political marketing machine. Rather, Brazil is unwilling to fully embrace a “good-neighbor” policy to avoid opposition.

Brazil’s approach—successfully building regional alliances—has encouraged stronger political and economic ties throughout Latin America. A growing number of Brazilian companies are expanding to neighboring countries, developing closer connections between governments that could be mutually beneficial. Similarly, the Lusophone nation is benefiting from increased political stability in the region. Defending presidential candidates in other countries provides Brazil and its allies with a path to open stable business relations that can generate profit. This strategy worked in Peru, where Brazilian political advisers helped presidential candidate Ollanta Humala by moderating his campaign. The countries’ mutual interests combined with the construction of two Inter-Oceanic highways and an energy cooperation agreement in 2010 between both countries. All these economic benefits and potential investments have encouraged Brazilian politicians to increase their involvement in Latin America. However, as Brazil expands its interests throughout the continent, some controversial and potentially damaging projects such as the building of roads in Guyana, mining in Argentina, and hydroelectric plants in Ecuador have stirred up concerns amongst local populations.(3)

Brazilian political consultants, who once advised the presidential campaigns of Argentines Eduardo Duhalde and President Carlos Menem during the 1990s, are now popular political advisers in the region. Marcelo Simões, an influential Brazilian political marketing expert, explains that Brazilian ex-President Lula’s positive international image appeals to Latin American politicians, who consider his political advisers to be the new election gurus.(4) Proven results have led the media to hail political experts such as Renato Pereira, Chico Mendes, João Santana, Luis Favre, and Valdemir Garreta as makers of presidents. The region’s political candidates are “buying the successful Brazilian model” to reach the desired electoral victory.(5) This has been the experience of Presidents Fernando Lugo in Paraguay, Mauricio Funes in El Salvador, Ollanta Humala in Peru, and current presidential candidates Henrique Capriles and Hugo Chávez in Venezuela—who have not been bothered by any ideological qualms whatsoever when using Brazilian marketing expertise.(6)

In addition to the notable success of Brazilian political consultants brought on by the country’s diplomatic tradition, these recent triumphs can be explained by Lula’s policy of fostering growth while defending financial markets and social programs, which successfully alleviated poverty for millions.(7) An easily acceptable formula, recasting radical positions to more moderate ones, is reshaping the images of contemporary leaders.(8) As reported by Argentine expert Marcos Caisutti, Brazilians are offering broader political campaign tactics, in which the primary focus is on voters.(9) After hiring Brazilian advisers, Hugo Chávez used a more emotional and a less ideological speech in his campaign, while candidate Ollanta Humala in Peru was encouraged to include less radical politicians in his party.(10)

Challenging U.S. historical influence in the region, Latin American leaders’ political and economic agendas now conform more closely to Brazilian interests. Although traditionally considered the backyard of the U.S., the continent is now becoming the Brazilian playground. Brazil aspires to set the region’s agenda through a dynamic and independent foreign policy that significantly differs from a Washington perspective.

The recent impeachment of Fernando Lugo in Paraguay represents an extraordinary challenge for Brazilian soft power. The event forced Brazil to assume a regional leadership that obliged the government to take a clear position; Dilma’s government decided to radically condemn Lugo’s destitution, while refusing to accept Vice-president Federico Franco’s legitimacy. To strengthen its decision, Brazil turned to regional organizations to resolve Paraguay’s power struggle, and the member countries of Mercosur and UNASUR lost no time in suspending Paraguay from both organizations. While the potential economic and political impacts of their actions are still unknown, Brazilian political legitimacy has appeared endangered by taking what could potentially be seen as a hegemonic position in the region. Although political stability and its preference for democratic principles have dominated Brazil’s foreign policy considerations, substantial economic and geopolitical considerations remain. Still at issue for Brazil are agricultural interests and the guarantee of energy supplies from Itaipú.(11) Yet, Brazil’s strong, reactionary position toward Paraguay will have to be transformed into a more coherent economic strategy.

In addition, according to Sergio Berensztein, director of the Argentinian consulting firm Poliarquia, “this came at a great time for Mercosur because it has lost vitality, direction and, in practice, it doesn’t work to even solve the simplest of disputes, especially commercial ones.”(12) In addition to energizing the trade organization, Paraguay’s political disruptions have also moved the organization to grant Venezuela full member status in Mercosur. While the Honduras’ coup in 2009 against democratically elected Manuel Zelaya could be viewed as a precedent for Brazilian foreign policy towards Paraguay, too many economic interests were at stake surrounding the Paraguay issue for Brazil to refrain from taking a strong stance.

Pointedly excluding the U.S., this conflict is likely to show one of Brazil’s powerful introductory foreign policy moves as the country steps up its influence over policy thinking regarding underlying tensions. However, the degree of Brazil’s international political power is confined by its adherence to several non-radical positions, such as its peacekeeping efforts. Regionally, several organizations have grown as Latin American trade blocs, such as UNASUR, strengthen Brasilia’s position while excluding the United States and Canada.(13) However, the building up of Brazil’s hegemonic rivalry with the U.S. in Latin American policy-making amounts to a failure to seek a partnership and to open a dialogue between both countries. Though this “good neighbor policy” has not yet encountered the many potential obstacles that await it, U.S.-Brazil relations could heat up to the discomfiture of both.

Consequently, Brazilian foreign policy is being altered dramatically in the 21st century as the country develops. To assert and display its legitimacy as a regional power, Brazil is strategically increasing its presence through most of Latin America. The region has in many ways become a Brazilian chessboard, in which the country is using political developments to advance its interests as well as place its strategic economic and political pieces throughout the region. Now, a more serious Brazil challenges the U.S. bickering game in Latin America, and aspires to become one of the pillars supporting the region through diverse and more integrated engagements with its neighbors.

(5) Glickhouse, R. “Why everyone wants to be like Brazil.” The Christian Science Monitor. May 2, 2012.  http://www.csmonitor.com/World/Americas/Latin-America-Monitor/2012/0502/Why-everyone-wants-to-be-like-Brazil

(12) “Brazil: Paraguay may be suspended from Mercosur.” The Examiner. June 28, 2012. http://washingtonexaminer.com/brazil-paraguay-may-be-suspended-from-mercosur/article/feed/2007467