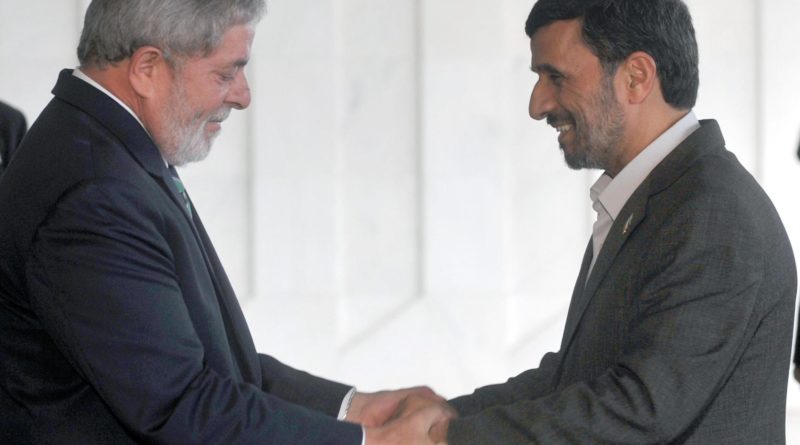 By José da Cruz, Extramural Researcher at the Council on Hemispheric Affairs

The Monroe Doctrine was established in 1823 and it has been a persistent factor in guiding U.S. foreign policy toward Latin America ever since. However, in the 2013 speech to the Organization of American States in Washington, D.C., then-U.S. Secretary of State John Kerry announced that the era of the Monroe Doctrine was over.[i] “The doctrine that bears Monroe’s name asserted our authority to step in and oppose the influence of European powers in Latin America,” Kerry told the audience at the Organization of American States, “today, however, we have made a different choice. The era of the Monroe Doctrine is over.” Not only do the facts on the ground contradict this claim, but they also raises the question of whether the United States has reasons to object to foreign meddling in the Americas by way of continuation of exclusive interest in the region. Now that the United States has rhetorically announced its abandonment of the Monroe Doctrine, it should not be surprised that Iranian government has its sights set on the region, particularly Brazil as a trading partner.

Iran’s President Hassan Rouhani stated that he intends to continue Iran’s diplomatic and economic foreign policy objectives toward Latin America in an attempt to break Iran’s isolationism from the rest of the world, especially from the United States. Latin America is an important strategic partner for Iran. With the region’s 626 million people dwelling in 33 sovereign nations, Tehran sees a strategic partner in the region.

Iran’s economic interests in Latin America is driven by its “resistance economy.”[ii] As issued in a decree on February 19, 2016 by Iran’s Supreme Leader Khamenei, Iran’s “resistance economy” lays out the “promotion of exportable goods and services… as well as the promotion of foreign investment for export purposes… [as well as] increasing regional and international collaboration.” According to the International Monetary Fund (IMF), trade between Iran and Latin America tripled between 2007 and 2008, rising to $2.9 billion, and up to $4 billion in 2013.[1] As Amir Toumaj, a research analyst at the Foundation for Defense of Democracies points out, Iran’s “economy of resistance doctrine is the economic component of the regime’s attempts to counter the West’s soft war.[iii] It is not simply a defensive doctrine, but it also aims to support the Islamic Republic’s foreign policy ambition: to establish Iran as a regional hegemon that leads Muslim countries.”

Among the left-leaning nations in Latin America, Brazil has been seen by Iran as perhaps the most important strategic partner in the region, especially in recent years. Brazil’s Deputy Foreign Minister Jose Alfredo Grasa Lima, while visiting Tehran in April 2016, stated that Brazil is committed to developing relations with Iran in the areas of politics, economics, and culture. His counterpart in Iran, Deputy Foreign Minister for European and America Affairs Majid Takht Ravanchi, replied, saying “Brazil has a special position in Iran’s foreign policy and it is always at the top of Iran’s foreign policy agenda.”[v] Iranian Foreign Minister Mohammad Javad Zarif also pointed out that, “given its [Brazil’s] status in Latin America and BRICS[vi], Brazil has always been prioritized in Iran’s foreign policy.”[vii]

Currently, Iran and Brazil are pursuing bilateral cooperation in deep-water exploration and drilling. According to the Minister of Petroleum Bijan Zangenesh, “Iran is interested in developing its relations with Brazil and is also ready to cooperate with Latin American countries in various fields of energy including liquefied natural gas and deepwater.”[viii] Zengenesh claims that Iran needs Brazil’s experience in deepwater drilling in order to use such techniques for producing oil in the Caspian Sea.[ix] Iran’s President Hassan Rouhani also argues that, “the Islamic Republic of Iran has no limits in expansion of ties with Brazil.”[x] Given Brazil’s long experience in deepwater exploration and drilling, Zanganesh’s announcement and President Rouhani’s support were well received in Brasilia. Brazil has been a strong supporter of Iran’s sovereign right to develop nuclear energy for peaceful purposes. Brazil’s Minister of Foreign Relations, Mauro Luiz Iecker Vieira, for his part, hailed Iran’s constructive and peaceful approach in the course of Iran-Sextet negotiations.[xi]

As Iranian Deputy Foreign Minister for Europe and America, Majid Takht Ravanchi has stated, “the Islamic Republic of Iran is interested and resolved to develop and deepen relations with the Latin American states, especially in different economic, investment and mutual cooperation fields.”[xii] The election of Hassan Rouhani, a moderate Shiite cleric, and Iran’s Supreme Leader Khamenei signalled a shift in discourse towards a more conciliatory approach to the United States which could open several doors to pursue a policy of rapprochement towards Iran. This act of detente would be very similar to the one undertaken by the Nixon administration when it signed the Shanghai Communique in 1971 which lead to Nixon’s break-through trip to China in 1972.

Obviously, given the Trump administration’s uptick in rhetoric, imposition of new sanctions, criticism of Iran’s nuclear deal, and executive order on immigration, Tehran may be less willing to cooperate with the United States. However, if we are serious about solving many of the current issues in the international system, cooperation with the Islamic Republic of Iran will be essential. As an observer member of the Alianza Bolivariana para los Pueblos de Nuestra America (ALBA)[xiii], Iran and the ALBA nations “represents an alliance of ideology and economic interdependence.”[xiv] Iran’s status has been heralded by a number of Latin American countries as a positive step taken by the Islamic Republic to assert an independent and pragmatic foreign policy similar to Brazil’s during the presidency of General Ernesto Geisel (1974-1979). During the latter’s presidency, Brazil’s foreign policy was not bound by ideological loyalties in light of the Cold War. It was based on Brazil’s needs and interests. Furthermore, Brazil’s foreign policy orientation assumed a Third World orientation or South-South approach similar to Tehran today.[xv]

The United States and its allies in Latin America must eventually accept the Islamic Republic as an strategic partner rather than treat it as a renegade state in the new post-Cold War international system.[xvi] Iran does not represent a threat to the Western Hemisphere. Since establishing diplomatic relations with Iran in 1903, bilateral relations between Brazil and Iran have been strengthening. According to Brazil’s Ministry of Foreign Affairs, “Iran has become an important partner of Brazil in the past years. From 2002 to 2009, bilateral trade flow increased from US$ 500 million to US$ 1.24 billion. In 2010, Iran became the second largest purchaser of meat from Brazil, second only to Russia and in 2012 trade reached US$ 2.18 billion.”[xvii] Furthermore, trade flow reached USD 1.69 billion in 2015 and USD 458 million in the first quarter of this year alone.[xviii]

The United States’ government and other governments in Latin America must recognize that the Islamic Republic of Iran’s foreign policy incursion into Latin America is an attempt to establish diplomatic relations with sovereign, like-minded hemispheric countries. The United States must accept the fact that Iran is a sovereign nation and it will pursue diplomatic relations with countries in order to balance the United States’ foreign policy in the region and satisfy its own national interest.. That does not mean that Iran will challenge the Unites States historical presence and hegemony in the region. The Islamic Republic is simply exercising its sovereign right in the post-Cold War world in light of the changes and disarray currently dominating the new international system.[xix]

By José da Cruz, Extramural Contributor at the Council on Hemispheric Affairs

[i] “Kerry declares the end of the Monroe Doctrine era, “ Available at http://america.aljazeera.com/articles/2013/11/18/kerry-declares-theendofthemonroedoctrine.html. Accessed October 19, 2017

[iv] Javier Corrales and Michael Penfold, Dragon in the Tropics: Hugo Chavez and the Political Economy of Revolution in Venezuela (2011) Washington, D.C.: The Brookings Institution.

[xi] Iran-Sextet negotiations refers to the P5+1 (the permanent members of the United Nations Security Council—the United States, the United Kingdom, Russia, France, and China—plus Germany) and the European Union.

[xiii] The Alianza Bolivariana para los Pueblos de Nuestra America (The Bolivarian Alliance for the Peoples of Our America ) is a socially oriented trade bloc bend on eradicating poverty by strengthening social, economic, and political integration among nations in Latin American and the Caribbean.