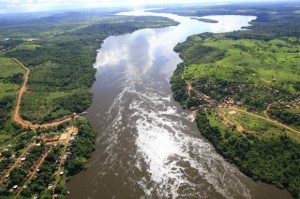 The USD 17 billion Belo Monte dam has been a source of controversy ever since construction was initially proposed in 1975. Indigenous and environmental groups have rallied repeatedly against the expected destructive impact of the dam. The project will flood nearly 200 square miles along the Xingu River while displacing an estimated 50,000 people.

In addition to the disastrous consequences for the 24 indigenous tribes and thousands of other Brazilian citizens located along the river, the dam will pose a grave danger to the biodiversity of the area.  The region surrounding the dam houses at least four times as much biodiversity as the entire continent of Europe, with many plants and animals unique to the region. However, the hydroelectric project is predicted to cause the devastating disappearance of approximately 1,000 species.

Due to the volume of perceived damage, a coalition of international and Brazilian human rights, indigenous, and environmental organizations filed a petition with the Inter-American Commission on Human Rights (IACHR) in November 2010. The IACHR, the judicial body of the Organization of American States, is charged with ensuring the protection of human rights throughout the hemisphere, and the body began investigating the alleged human rights violations caused by the dam’s construction. After the investigation, the Commission requested on April 1 that Brazil “immediately suspend the licensing process for the Belo Monte Hydroelectric Plant project and stop any construction work from moving forward until certain minimum conditions are met.” These “minimum conditions” include measures to protect indigenous populations, provide information in indigenous languages, and consult with affected groups about the dam’s predicted negative impact. If Brazil fails to follow these recommended measures, the Brazilian government could stand trial before the Inter-American Court.

The Brazilian government responded bitterly to the IACHR’s request. President Dilma Rousseff immediately broke off formal relations with the IACHR, by recalling Ruy Casaes, Brazil’s ambassador to the Organization of American States (OAS). Rousseff also decided to end Brazil’s annual USD 800,000 contribution to the IACHR. Brazil’s Ministry of Foreign Affairs called the criticism “unjustifiable,” and Senator Flexa Ribeiro, the president of the Senate Subcommittee overseeing the dam, stated that “the request is absurd. It even threatens Brazilian sovereignty.”

The Brazilian government argues that construction of the dam is necessary for national development. Once completed, the dam will be the third largest in the world, after the Three Gorges hydropower plant in China and the Brazil-Paraguay Itaipú dam. The dam would be economically beneficial to this distant frontier region, an area that has yet to feel the impact of Brazil’s recent economic success. The dam is projected to provide thousands of construction jobs and eventually supply electricity to 23 million homes. Furthermore, the dam should be able to satisfy demands for clean and renewable energy sources.  This huge hydroelectric plant is therefore one of the most important components of President Rousseff’s economic growth program.

However, economic growth does not justify the damage that this dam will bring in its wake. The Belo Monte dam would destroy an area the size of Chicago, washing away the livelihoods of thousands of Amazonian peoples. Even more disconcerting, this project is only the first of as many as seventy dams scheduled for construction in the region.  No amount of economic “progress” excuses the staggering degree of destruction these hydroelectric power facilities would cause. As Antonio Melo, the Coordinator of the Xingu Alive Forever Movement, argues:

“Our leaders no longer can use economic “development” as an excuse to ignore human rights and to push for projects of destruction and death to our natural heritage and to the peoples of Amazon, as is the case of Belo Monte.” (Amazon Watch)

In its blatant disrespect for the Inter-American Commission, Brazilian authorities are showing no angst over undermining the existing system of human rights protection in the Americas. Brazil needs to respect not only the commitment it made to protect its own citizens’ rights but also its pledge to the international community. The national government cannot overlook the rights of the Brazilian people or refuse to comply with international human rights standards simply because they interfere with future projects for economic growth. It is alarming to think that Brazil, now a formidable regional leader, would disregard its commitment to human rights merely because it would be convenient for the government at this particular moment.