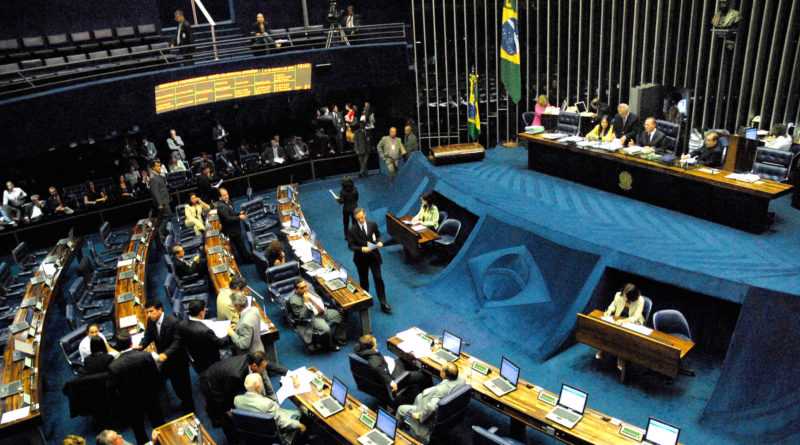 As of Tuesday, December 13, Proposed Constitutional Amendment (PEC) 55—formerly PEC 241—is the law of the land in Brazil. The amendment sets a cap on most federal expenditures for the next 20 years. Outlays on healthcare, education, pensions, infrastructure, and defense will only be permitted to rise with the rate of inflation inevitably decreasing real spending per capita.[i]

Tuesday’s vote ends a lengthy approval process in which PEC 55 had to pass in each house twice and obtain votes from at least three-fifths of both body’s congressmen. PEC 55 overcame its fourth and final hurdle passing in the Brazilian Senate by a vote of 53 to 16, just four more than was required.

The proposal passed its first test on October 11, when the Chamber of Deputies approved the measure 366 to 111.[ii] Later that month, the amendment navigated the Chamber again, this time by a slimmer margin, 359 to 116.[iii] Then, on November 29, the Senate passed PEC 55 for the first time by a margin of 61 to 14, setting the stage for the most recent and ultimate vote.[iv]

But even after its lengthy journey through the Brazilian Congress, PEC 55 (241) remains an extremely divisive measure.

Proponents of the amendment point to the need to regain market confidence and keep inflation under control to avoid a future debt crisis.[v] President Michel Temer sees capping government expenditures to reign in deficit spending as critical in achieving this goal. The need for market confidence is linked to foreign investors and their proposed ability to “generate jobs and income.”[vi] Many Brazilians would agree with economist Raul Velloso’s assessment that government expenditures have “a lot of fat” and that a spending cap will bring expenses back into line.[vii]

But the amendment has its detractors on both the right and left. Conservative critics claim that the spending cap does not safeguard against the growing deficit because it avoids Social Security, which currently covers more than 40 percent of mandatory public spending.[viii] Others see the cap as a direct subversion of the current constitution, which mandates 18 percent and 13.7 percent of annual tax revenue go to education and health. This perspective is further substantiated by the Brazilian Senate’s Legal Counsel conclusion that the amendment in unconstitutional.[ix] Lastly, many on the left worry that the amendment will do little to generate economic growth and will harm the poor, who disproportionately rely on services provided by the government.[x]

Thus PEC 55 will undoubtedly be a source of contentious debate in the years to come. But first, it is important for everyone to understand the exact contents of this important amendment. Below we provide a brief summary of each of the nine articles. The specific articles (art.) are from 101 to 109.

Article 101: establishes the coverage of amendments “New Tax Regime” to cover the three branches of government as well as the Public Prosecutor’s Office and the Public Defender’s Office for the next 20 fiscal years.[xi]

Article 102: explicitly states the expenditure of the agencies mentioned above will be tied to 2017’s fiscal year based on 2016’s annual expenditure, the budget will then only be adjusted for inflation.[xii]

Article 103: gives the president the right to “change in the method of correction of limits by presidential mandate” after the first ten years of the amendment being enacted.[xiii]

Article 104: covers how non-compliance will be addressed which is largely through limiting the offending agencies ability to take actions, such as promotions, hiring more personnel, or financing programs, that would lead to an increase in expenses.[xiv]

Article 105: states that the “minimum applications in actions and services” for public health maintenance and development will be equal to the 2017 fiscal year expenditure.[xv]

Article 106: establishes that the affects of the amendment will be enforced from 2018 to the last financial year of the new Tax Regime (2037.[xvi])

Article 107: states that the amendment does “not constitute an obligation [of] future payment by the Union” and does not “revoke, dispense or suspend” its constitutional obligations that have “fiscal goals or expenditure ceilings.”[xvii]

Article 108: stipulates that any legislative proposal that moves to “create or alter” compulsory expenses must be accompanied by a budget and finance impact report.[xviii]

Article 109: adds to 108 by mandating a proposal that intends to increase expenses is to be suspended up to 20 days and be analyzed by a fifth of the House representatives for its compatibility with the New Tax Regime.[xix]

For a more detailed analysis read “Temer’s PEC 241 a Bold Work of Unoriginality” by Jordy Garcia.

[v] Fargundez, Ingrid. Approved in the Chamber, PEC 241 Goes to the Senate: Understand the Controversies of the Text (BBC, October 25, 2016)