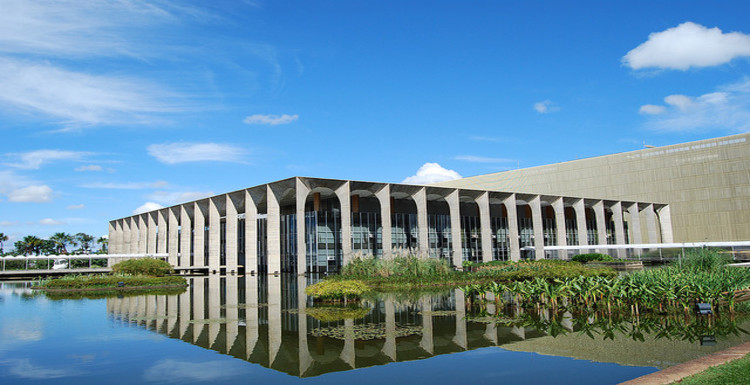 As the seventh triennial Summit of the Americas’ prepares to convene in Panama City next month, tensions between the United States and Venezuela are at the fore in the hemisphere. A series of high power moves and counter-moves, culminating in the Obama administration’s perplexing executive order of March 9, has placed the existing animus between Washington and Caracas at the unmistakable zenith of the summit’s gathering. The March 9 executive order also implemented the Venezuela Defense of Human Rights and Civil Society Act of 2014, which banned seven Venezuelan public figures – all military officers, judicial personnel, and other civil servants – from entering or doing business in the United States.

What the US has to face at this juncture, though, is how little support its policies and tone have among various countries in the area. This is particularly true of Brazil, dating back to the days of World War II, at the time of Getúlio Vargas’ presidency, when countries such as Brazil energetically participated in the allied war effort. Argentina’s stance was far more skeptical, and its participation far more spotty. Successive changes in the nature of Brazilian policy, such as its democratization in the 1950s and 1960s, the profound setback symbolized by the 1964 military coup, another failed democratization episode that was later ditched in the 1980s, and the highly consequential and much more robust election of Luis Inácio Lula da Silva as president in 2002. These events have done little to even dent the bedrock amity between Brazil and the US throughout this period.

Brazil’s foreign ministry, the Itamaraty, was originally housed in Rio de Janeiro, but then moved to Brasilia when this artificially built city was designated as the national capital in 1960. Since then, Brazil proceeded to produce generation after generation of diplomats unrivaled in their professional acumen by any other such country in the hemisphere. Without the skill and expertise of the denizens of the Itamaraty, hemispheric diplomacy as a whole would be far less decisive and effective.

During the current presidency of Dilma Rousseff, relations between Brasilia and Washington markedly turned around, growing more assured and less hesitant. The WikiLeaks controversy and revelations regarding the NSA’s spying on President Rousseff have inhibited any cordial personal relationship between her and the US President. Lula was content to be exalted as a center-left member of the regional foreign policy establishment in opposition to the populist “pink tide” movement, which boasts such iconic figures as Venezuela’s Hugo Chávez, Bolivia’s Evo Morales, Ecuador’s Rafael Correa, and Rousseff. As Sean Burges pointed out in an article published by the Council on Hemispheric Affairs in April 2013, Brazil has been housing various degrees of anti-US tone for a number of years, just as had been the case of Argentina, which had originally been more narrowly focused in diplomatic disputes. Meanwhile, Bolivia and Ecuador were more interested in forming friendly ties with these states in response to more benign ideological notions from Washington or Caracas’ economic brand.[i] Brazil is an example of this as a member of the international groupings  UNASUR and MERCOSUR. The country has placed great importance on economic factors in the region and prominently featured the appeal of involvement with Pink Tide countries, importantly Venezuela. These emergent groupings have come in the way of a counterpoint to motivation for close ties to Brazil’s continuous membership in the OAS, and at least featured a theoretical maintenance of its signatory adhesion to the Inter-American Treaty of Reciprocal Assistance (from which even Mexico has withdrawn), which became unpopular due to its Cold War origins.

It is thus no surprise that the current Brazilian Foreign Minister, Mauro Vieira, hastily distanced the Itamaraty from Washington’s March 9 executive order, urging that any split in Venezuelan society be addressed through remediation achieved at the ballot box, and not by extreme external pressure[ii]. On a number of occasions, Vieira has made many statements critiquing the regime of the Maduro government. These have included his urging of clemency and proper treatment for any future legal procedures of detained opposition leader Luis López. Statements additionally condemn his proposed participation in the summit of UNASUR foreign ministers, which would include Colombia’s Marîa Angela Holguín and Ecuador’s Ricardo Patiño, who met in Caracas earlier this month in the hope of cutting off the rapid polarization of Venezuelan civil society, representing a sensitive issue considering the reality of Caracas’ streets[iii]. Of the three mentioned diplomats, Vieira hoped to serve as a referee between pro-Maduro’s Ecuador, Colombia, and other member nations that have respectively staked out well-defined positions sympathetic to the Maduro administration.

Brazil is seeking enhanced internal stability in Venezuela, but does not want the solution to strike the country’s fundamental welfare; nor that it be resolved from abroad or forced change. Moreover, Brazilian officials are acutely aware of Venezuela’s accelerating debt to Brazil, as a constant irritant that has only worsened with the precipitous worldwide decline in oil revenues and the fading of Venezuela’s once-invincible petroleum-driven economic strength. But the Rousseff administration has also continued to clarify that it shares the pro-social justice orientation of the Maduro government, even if Rousseff’s expression of this agenda is more in accord with the global market economy’s priorities. In fact, Brazil and Venezuela share strong day-to-day economic ties, another factor that equally tests the country’s relative strength in natural resources and industrial might. For example, Brazilian oil refineries are taking a leading role in the processing of Venezuelan oil.

Brazil and Venezuela share a border that, up till now, has only been spottily developed; citizens of the two countries can easily traverse what is essentially uninhabited jungle. The presence of the coastal states of Guyana, Suriname, and French Guiana serve as a buffer, marking a so-called border between Venezuela and Brazil, much as Uruguay and Paraguay have effectively served as a barrier between Brazil and Argentina. Traditionally, Brazil has opposed the creation of any additional borders. This territorial focus was sharpened by the 1897 arbitration between Venezuela and the then dominating colonial power of Britain. Thus the current cordial, but not overly close, relationship between Brazil and Venezuela is in harmony with historic precedents. The present sharp animosity between Washington and Caracas, on the other hand, has changed, and it could be argued that the dispute was not irreconcilable, due to developments that have occurred since 2002 when the Chávez government would not have been trained in accusing the Bush administration of fomenting such events as the failed coup in March of that year. Venezuela’s status as the US’s principal hemispheric antagonist is quite new, opposed to the relative chilliness of the US-Argentina relationship, where long-standing structural factors adversely contribute to one event or another, and can find its genesis in any financial or national security event between current personnel.

Having basically maintained an amicable relationship with both countries, Brazil is in the middle. Even as ties with the US have helped anchor its increasing role in the international world economy of global finances, Rousseff has been well aware that gestures supportive of Maduro’s populism can placate the restive working-class base of her Partido dos Trabalhadores. Repeated recent allegations of cronyism and corruption against the Rousseff administration, for reasons both inherent and practical, have illuminated general dissatisfaction throughout the country. However, Brazil often serves as an honest broker between contending hemispheric forces; although what this means in the twenty-first century is drastically different from what it has meant in the past.

Throughout the last century, it was widely anticipated that Brazil would some day become a major world power. Brazil possesses a considerable contemporary economic power, even as a founding member in BRICS, UNASUR and CELAC, in addition to hosting the World Cup and the Olympics. This is further evidenced by the promulgation of wealthy Brazilians in prosperous cities such as New York and Sao Paulo, where the prominence of well-to-do anti-Rousseff multimillionaire expatriates can be found second only to the number of Russian oligarchs who could be found along the gilded real estate coast liners of Central Park South and Beekman Place. As an incipient world power, year after year Brazil’s viewpoint on the roster of current disputes carries much more weight. From the beginnings of the Lula era, when Foreign Minister Celso Amorim made it clear that Brasilia would not support the Bush administration’s invasion of Iraq, Brazil proved that it possesses regional self-respect precisely because it was attempting good relations with all of its neighbors and hemispheric partners without jeopardizing its status as an independent broker. It was because of its status that it has the ability to try to bring some fair-minded resolution to the ongoing Washington-Caracas discord. However, given the gravity and depth of the current antagonism between Brasilia and Washington, hope that Brasilia will be able to use this capacity may prove unfounded.