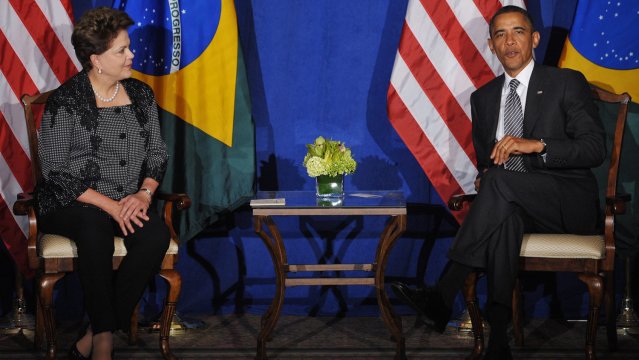 Presidents Dilma Rousseff of Brazil and Barack Obama of the United States officially launched the Open Government Partnership (OGP) at a gathering of Heads of State and senior officials from 46 countries in New York on September 20, 2011. The goal of this initiative is to improve governance through regional and global political commitments and implement reforms that will enhance transparency, abate corruption, and strengthen mechanisms of democratic accountability.  Each of the eight founding governments of this agreement (Brazil, Mexico, the United States, Indonesia, Norway, Philippines, South Africa, and the United Kingdom) embraced an Open Government Declaration in which they committed to upholding open government practices and presented an action plan with concrete goals on how their nation would do so.  Other Latin American nations have also promised to sign on to the agreement in the coming year, including: Chile, Colombia, the Dominican Republic, El Salvador, Guatemala, Honduras, Peru, and Uruguay.

The OGP aims to achieve a number of key goals, including effective management of natural resources, transparency and open access to public information, promotion of gender equality, facilitation of citizen participation in various areas of society, increased access to public services, and a heightened degree of government transparency. These goals are indispensable for promoting democracy, economic prosperity, and security in member states. Political analysts have declared participation a ‘smart move in US foreign policy.’ It also presents a significant opportunity for Brazil to exercise a leadership role among member states; the country is already scheduled to host the second high-level meeting in May, where another group of countries is expected to endorse the Open Government Declaration and deliver their own action plans aimed at strengthening open government.