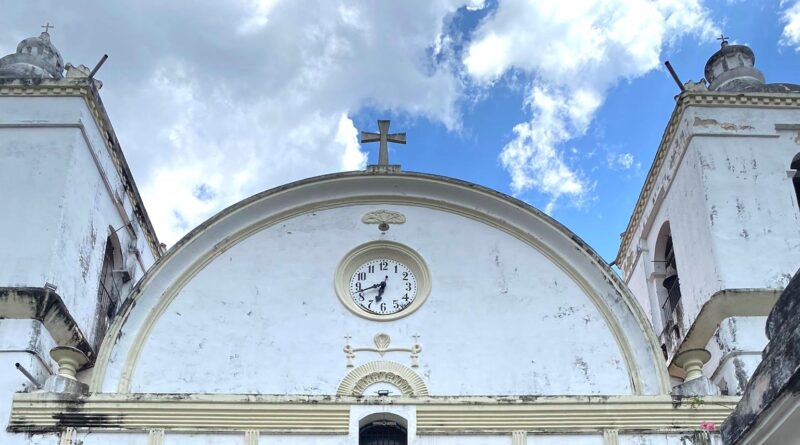 I have written this book to explore the pernicious nature of US engagement with Nicaragua from the mid-19th century to the present in pursuit of control and domination rather than in defense of democracy as Washington has incessantly claimed. In turn, Nicaraguans have valiantly defended their homeland, preventing the US from ever maintaining its control for long.

While there were intermittent US forays into Nicaragua in the 1850s, sustained intervention in Nicaragua only began in 1911 when the US invaded Nicaragua to put a halt to a canal project connecting its Atlantic and Pacific coasts through a partnership  with Japan – a project the US wanted to control for itself.

The US Marines subsequently invaded Nicaragua a number of times between 1911 and 1934 to try to maintain control over this Central American nation, only to be repelled by peasant guerillas led by Augusto Cesar Sandino. The Marines left for good only after the US had set up the dictatorship of Anastasio Somoza, who then lured Sandino to Managua on the promise of a peace deal and murdered him in cold blood. 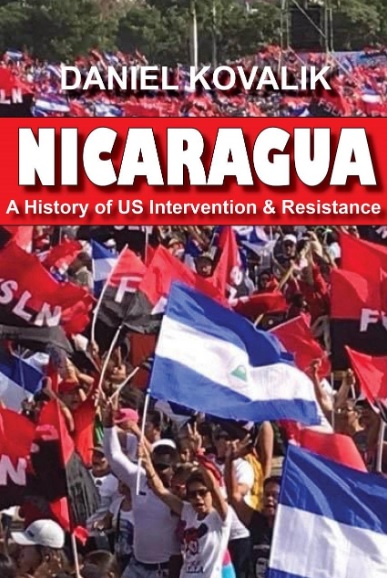 Successive generations of Somozas would rule Nicaragua with an iron hand and critical US support-until finally, in 1979, the latest iteration of the Somoza dynasty was ousted by the Sandinistas – a movement inspired by Sandino and motivated by a unique philosophy merging Christianity and Marxism.

Led by Daniel Ortega, the Sandinistas established democracy in Nicaragua with the country’s first free and fair elections in 1984. Once again, the US attempted to subvert democracy by organizing Somoza’s former National Guardsmen into a terrorist group known as “the Contras.”  Directed and funded by the CIA, the Contras would terrorize Nicaragua for nearly 10 years.

In 1990, the Sandinistas stood for early election and the war-weary voters selected Violeta Chamorro. The Sandinistas relinquished office peacefully, ceding the government to Chamorro.

For 17 long years, from 1990 to 2007, neo-liberal governments, beginning with Violeta Chamorro, governed Nicaragua.  Backed by the US, these governments neglected the people, leaving almost half of the country without electricity, decent education or health care, and in poverty.

When Daniel Ortega and the Sandinistas returned to power in 2007 through elections, they immediately established free health care and education, built infrastructure throughout the country, and began to eradicate poverty. Now, almost 100% of the country is electrified; poverty and extreme poverty have been greatly diminished; and the UN has ranked Nicaragua fifth in the world for gender equality three years in a row[1].

Paradoxically, the US government and media now castigate Ortega as somehow “a new Somoza,” a claim that is swallowed by some in the US left. This book debunks this claim by putting Nicaragua’s past into historical perspective and documenting the reality of today’s Nicaragua.

Excerpt from the book

Ocotal is a historic Nicaraguan city located in the Department of Nueva Segovia.  It is famous for being the site of battles between the US Marines and the peasant guerilla forces of Augusto Cesar Sandino in the mid-1920s.  In 1927, after the US Marines were unable to defeat Sandino’s fighters on the ground, the US Navy took to the skies to indiscriminately bomb the town. In short, they hoped to terrorize the population into submission. Some have described this as the first aerial bombing of a civilian population, though it seems that Tripoli, Libya had been on the receiving end of such a bombing by Italy back in 1911.  Still, it was one of the first.

Summing up the testimony of those who lived through the US assault, one historian describes the US aerial bombings as “a remorseless faceless enemy inflicting indiscriminate violence against homes, villages, livestock, and people who, regardless of age, gender, physical strength, social status, [and who] lacked any defense except to salvage their belongings.”[2] According to a fellow combatant of Sandino who lived through the aerial bombing and the sacking of Ocotal, which followed,

The aircraft did much damage to the population between loss of life and loss of property, causing thirty-six deaths in our forces .   (…)  Sandino’s troops stood up to the planes as best they could, downing one enemy plane (a Fokker), and after this the Sandinista troops withdrew, and that’s when the Yankee troops entered the already destroyed town, causing the greatest destruction, sacking the images and bells from the ruins of the church and throwing them in the river . . . There were hundreds of deaths here, among them children, women.[3]

The church mentioned here is the Parish Church of Our Lady of the Assumption, a Roman Catholic Church constructed between 1803 and 1879.  That church is still there – right across from the Central Park July 16 which was later constructed to commemorate the Battle of Ocotal between Sandino’s forces and the US Marines – a battle which took place in part around the Church itself, with Sandino’s forces trying to fend off the Marines from the roof and tower of the Church. The Church, moreover, still holds regular services. Indeed, I attended Sunday services at this Church during my stay in Ocotal in 1987.

I returned to this Church in March of 2022. It looks exactly as I remember it, including with the life-sized statue of the bloodied, crucified Jesus lying prone – an almost obligatory accessory to any Catholic Church in Latin America. It is worth noting that Nicolas Antonio Madrigal y Garcia — the long-time Bishop of Nueva Segovia who lived from 1898 to 1977 — served for 50 years in the Church in Ocotal, including when the Battle of Ocotal took place.  . . .

Dan Kovalik teaches International Human Rights at the University of Pittsburgh School of Law, and is a COHA Senior Research Fellow

[1] “Nicaragua in Fifth Position For Gender Equality in The World,” https://www.telesurenglish.net/news/Nicaragua-in-Fifth-Position-For-Gender-Equality-in-The-World-20181218-0032.html