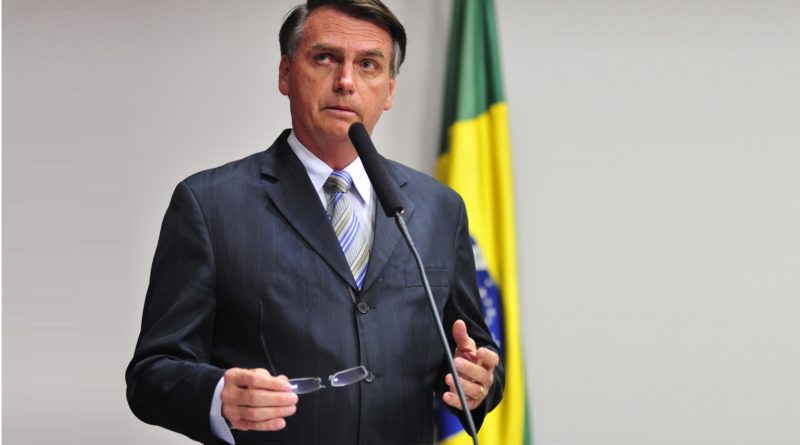 Brazilian President Jair Bolsonaro’s statements are at first shocking, leaving one wondering what he really means. But they are not surprising in the context of the paranoid rhetoric that has always characterized his administration. Since the start of the Coronavirus pandemic that is ravaging the world, for which the World Health Organization (WHO) has established preventive measures, the President of Brazil stands out for his public statements refusing to take any precautions. Contrary to all predictions of the consequences of infection, Bolsonaro insists on minimizing the risks posed by the virus and defies social distancing guidelines. He calls the disease a “fantasy” and “hysteria” whipped up by the media.[1]

Jair Bolsonaro’s remarks and inaction fit into his pattern of political practices. But in the middle of an unprecedented crisis, his behavior is sounding alarm bells about the  near term social and political fallout.

Jair Bolsonaro has never been the center of attention for implementing important projects during his long political career, but rather for his cavalier attitude towards dictatorship, racism, homophobia, and gender equality, which are sensitive subjects in such an unequal and violent society as that of Brazil. A denial of science guides most of his speeches on a wide variety of topics, and this has been no different during the pandemic. He first showed this irresponsible approach when he said on national TV that he opposed the preventive measures instituted by the governors and mayors. He criticized the social distancing guidelines by saying that unemployment might have a worse impact on society.[2] According to Bolsonaro, people should live their lives normally because it will only be possible to create “antibodies and a barrier” to the disease if some people get infected.[3] His public appearances, during which his followers  gather in the streets to greet him, have also been common and drawn the attention of the international press.

The ProSul hemispheric[4] meeting held by video conference on March 16, 2020, convened to discuss joint measures to confront the pandemic, was marked by the absence of the Brazilian president. At this important event, the country was represented by Foreign Minister Ernesto Araújo. In another display of his lack of commitment to mitigation efforts, Bolsonaro skipped the meeting of heads of the Judicial, Legislative, and Executive Branches of the Government of Brazil to establish common objectives for fighting the spread of the virus in the country. Instead, Luiz Henrique Mandetta, the Minister of Health, represented the Executive Branch.

In recent weeks Bolsonaro’s image has suffered as people begin to question his capacity to handle the crisis, including high-ranking public officials who have publicly expressed disagreement with his approach to containing the virus. The population is caught up in public confrontations between the Minister of Health, who defends social distancing policies, and the statements and practices of Jair Bolsonaro, who constantly questions the seriousness of the pandemic. This divergence of opinion has rattled the President’s legitimacy, even among military officers, who, for a time, backed the Minister of Health when the President threatened to fire him. The growing breach, however, came to head on Thursday April 16, when President Bolsonaro fired his minister, Luiz Henrique Mandetta.[5]

The conflicting messages emanating from the chief executive and his health minister  have led the population to pay less attention to mitigation measures and relax social distancing. Another controversy revolves around the President’s public advocacy for increasing production of hydroxychloroquine to treat COVID-19 patients. Bolsonaro has promoted this drug on radio and TV, although it is still the subject of research and debate among doctors and scientists as to whether it really is an effective treatment for the virus.[6]

It is striking that, just like U.S. President Donald Trump, Bolsonaro is using the pandemic to fuel his unrelenting ideological war. In the context of an unprecedented crisis, this is jeopardizing the economy and the country’s fragile democratic stability.

The Brazilian president continues to act as if this were a political campaign and all he needs to do is whip up his base. Now he is trapped by economic indicators that are no longer showing signs of strong growth. The pandemic can transform this precarious economic slowdown into a crisis.. Added to this is his constant preoccupation with remaining in power and his dream of reelection. Taking his usual stance of someone who has no concept of the responsibility inherent in his position, Bolsonaro reverts to anti-establishment discourse, a persecution complex, and extremist ideas to exacerbate the conflict, in a desperate attempt to hang onto the support of his base as well as his authority—both of which are increasingly fragile.

The show put on by Bolsonaro and his ideological promoters is a peculiar relaunching of an imaginary Cold War scenario in which the pandemic is supposedly just hysteria mounted by the opposition for political gain. For example, the president used primarily social media to spread fake news stories of shortages at a food distribution center in Minas Gerais, supposedly caused by the stay-at-home policy. The story was immediately refuted and Bolsonaro took down his posts.[7]

A war of words can be costly for the economy. His most recent attacks were aimed at China, the country’s top trading partner. The President’s son and federal lawmaker, Eduardo Bolsonaro (whom the President is thinking of appointing ambassador to the U.S.), and the Minister of Education, Abraham Weintraub, went on Twitter to blame China for spreading the virus, insinuating that the country is profiting financially from the pandemic. The last tweet, which the Minister has since deleted, prompted a reply from the Chinese embassy in Brazil. Ill will has been sown and people now fear a breakdown in trade relations between the two countries, to the inevitable detriment of Brazil.[8]

Domestically, the conservative tone of Bonsonaro’s political agenda is in step with the various social sectors that make up his base. But now, the dystopian reign of the Bolsonaro family has found faith to be a useful tool. He recently called upon the population to fast in response to the pandemic, clearly a move meant to stir his faithful followers, including many Evangelicals. However, this pandemic affects all sectors of the country and will likely cost many lives. The most vulnerable people face uncertainty and have already lost income due to the crisis.[9] This is especially true in a country in which a sizable number of workers have informal jobs, without any social security protections.

The anti-government ideology so fiercely preached by the President and his team, despite the urgent hunger people are facing, has him refusing to believe the facts and figures in front of him. The President’s other son, Rio de Janeiro Council Member Carlos Bolsonaro, says that any state intervention would be a sign that the country is “moving toward socialism,” because with the economy paralyzed, people would be dependent on the State “even to eat.”[10] And Rubem Novaes, president of the country’s main public bank, Banco do Brasil, says we must resist state intervention because later it will be hard to dismantle “the welfare state.”[11] It was only after pressure from the public and the National Congress that Bolsonaro’s proposal to allow employers freedom to lay off workers and suspend labor contracts was rolled back. The Legislative Branch has ensured that families losing their incomes and livelihoods will receive some government compensation.

The government will pay them the equivalent of US$ 120, not the mere US$ 40 per month initially proposed by Paulo Guedes, the ultra-neoliberal Minister of Finance. The Provisional Measure now includes an up to 70% wage reduction for up to 90 days and the suspension of labor contracts for up to two months. These wage losses will be offset by an extension of unemployment insurance which already exists in the country to help workers who lose their jobs in the formal economy.

What is happening now in Brazil is a crisis that includes public health issues, a financial emergency, and political uncertainty. The public’s apprehension and dissatisfaction can now be heard in the pots-and-pans protests against Bolsonaro that make up the soundtrack of Brazilian nights. But just as part of society is beginning to make its dissatisfaction with the President heard, there is fear over what comes next as Bolsonaro becomes isolated. The blow to his legitimacy also threatens Brazilian democracy.

What we are currently witnessing, while not a complete reversal of civilian control over the armed forces as required for a democratic system, is at least a relativization of it. The Executive Branch, through the office of the Vice-President and eight of the 22 Cabinet Ministers, is full of people whose names are embellished with military titles. Their actions are imbued with nostalgia for the country’s dictatorial past. And a policy of military officers not engaging in politics is giving way to the politicization of the military, sometimes in direct confrontation with democratic institutions such as when General Augusto Heleno called the National Congress “blackmailers.”[12] In the case of the breach between the Minister of Health and the President, however, Bolsonaro has won the day, at least for now. During the pandemic crisis Bolsonaro will continue to be Bolsonaro. That is no surprise from a leader who got elected by taking conservative and authoritarian discourse to new heights, in an atmosphere of widespread “fake news.” But this is a precarious moment. It has been demonstrated that the scenario of a society in isolation, with people focused on protecting lives and fearing the impacts of a crisis, is primed for political manipulation. And the danger is even more real when it goes beyond the paranoia and irresponsible actions of a joking president, to include control by other institutional actors. In such a context one may imagine the possibility of the military co-governing. These are people who represent a recent authoritarian past, and who present themselves as the new salvation for a country “that has lost its way.” This situation demands that we remain vigilant, to ensure the survival of Brazil’s fragile democracy.

Márcia Cury is a Senior Research Fellow at COHA and historian who holds a Doctorate in Political Science. She is also a postdoctoral fellow in the post-graduate program in history at the UEFS in Brazil. She is the author of “El Protagonismo popular chileno: experiencias de clase y movimientos sociales en la construcción del socialismo (1964-1973).” Santiago: LOM Ediciones, 2018.