From the Texas Oil Boom to the Deepwater Horizon tragedy, petroleum was undoubtedly the most notorious liquid of the last one hundred years.  While some in the international marketplace still fixate on oil, recent political and environmental developments have helped nominate a stunning rival to oil’s supposed predominance: water!  It’s a substance to which Plato gave highest praise: “Only what is rare is valuable, and water, which is the best of all things…is the cheapest.”[1] However, in our time, water has become much rarer, or, in economic terms, more scarce than oil.  In the words of James Bond’s latest nemesis, Dominic Greene, “This [water] is the most valuable resource in the world and we need to control as much of it as we can.”[2] Global water resources have begun to dry up, even as water trading profitability increases.  Although this situation may seem irrelevant for those with adequate water access, it truly could presage a global water catastrophe.

This predicament has not gone unrecognized by international bodies like the United Nations.  In July 2010, the UN General Assembly adopted Resolution 64/292, which “Recognizes the right to safe and clean drinking water and sanitation as a human right that is essential for the full enjoyment of life and all human rights…”[3].  This document is legally binding, and could serve as a key precedent for multilateral water management.  Furthermore, most observers have interpreted the resolution as supporting public water rights [4].  On the other side of the spectrum, litigation like Sunbelt Water’s Chapter 11 NAFTA claim [5] and Canada’s parliamentary Bill S-11 [6] have raised concerns that potential water privatization will result in irreversible water commodification, confirming the private sector’s primacy over the public.

Canada’s massive glaciers, rivers, and lakes have afforded it with 7% of the world’s renewable fresh water [7].  This abundance has led to a relaxed national perspective on water use: Canadian daily water consumption per capita, about 4,400 liters [8], is currently the highest in the world behind the United States, with both a lack of adequate water utilities regulation and reckless industrial water use the culprits.  Lines have been drawn in the taiga, and a number of organizations have sprung up throughout the country to take a stand on the issue.  One front in this international hydro-scuffle is dominated by private firms and the Canadian government, while the opposition consists mainly of environmentalist and civic action bodies. 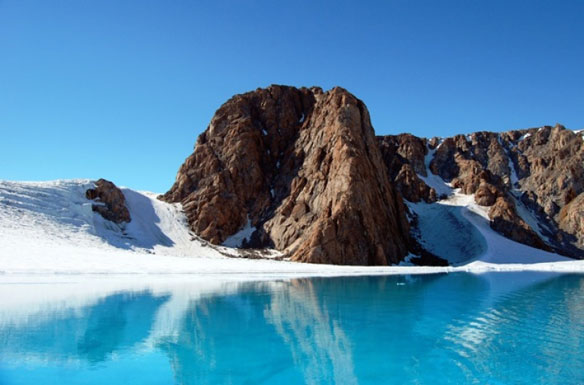 Canada is second to the U.S. in per capita water consumption. Source: Coastal Care

Conservative Prime Minister Stephen Harper’s administration has consistently opposed UN initiatives to define water as a human right.  At a 2008 UN Human Rights Council, the Canadian delegation blocked a move by Spain and Germany to officially recognize water and sanitation as human rights [8].  Canada had previously opposed two UN attempts to elevate water to human right status in 2002 and 2006 [8].  Additionally, the Harper government has tended to encourage privatization as a solution to mismanagement and inefficiency within Canada’s system of water utilities.  The aforementioned Bill S-11, introduced by the Conservatives, tacitly endorses water privatization by mandating clean water access for Canada’s First Nation communities (which is severely lacking) without allocating project funding or financial responsibility to any government regulatory bodies [6, 8].  Furthermore, the bill’s subsection 4 (1)(c)(iii) states that “regulations may confer on any person or body the power, exercisable in specified circumstances and subject to specified conditions, to require a First Nation to enter into an agreement for the management of its drinking water system or waste water system in cooperation with a third party.”[6] This clause could force a First Nation community to accept a government-sponsored contract allowing a private firm to supply and purify that community’s water.

The danger of this silent privatization is among the chief concerns of the Council of Canadians, one of the primary dissenting voices in the Canada’s water debate.  The Council believes that Harper’s corporatizing water policy will jeopardize Canada’s right to self-determination of its own water supply [6].  Sunbelt Water’s aborted Chapter 11 litigation has demonstrated that once a firm gains water rights in state party to the NAFTA, that state’s federal government cannot dissolve those rights without compensating that firm for hundreds of millions of dollars in damages [6].  In the absence of this costly reacquisition of water rights, any private corporation could engage in bulk water exports, shipping huge volumes of water from the country without accountability to the public; in essence, the firm would be ‘harvesting’ national water resources and selling them on the international market.  This is, of course, how corn, iron ore, and other commodities are sold.  The question here is whether a public good should be allowed to become a private benefit without the full consent of the state.

A quick glance at the rest of the hemisphere can provide further insight into the status of water policy.  The United States, Canada’s thirstiest client, has water rights issues of its own.  The country’s water infrastructure is managed by an eclectic patchwork of private and public water utilities.  Some cities’ water authorities, such as Portland’s (a public entity) [9], are considered to be more on the sustainable side, but many such organizations are careless when it comes to conserving water.  While desert agriculture and cities like Las Vegas and Phoenix in the American Southwest rely on water imports for sustenance, U.S. water providers look further and further afield for viable water supplies.  Under the Security and Prosperity Partnership (SPP), one of the constituent NAFTA pacts among the U.S., Canada, and Mexico, U.S. water utilities both public and private can obtain a virtually unlimited amount of Canadian water through artificial river diversion [10].  While U.S. renewable freshwater resources are nowhere near Canada’s 7% world share, every year Americans consume more water per capita than any other nation in the world [11]. 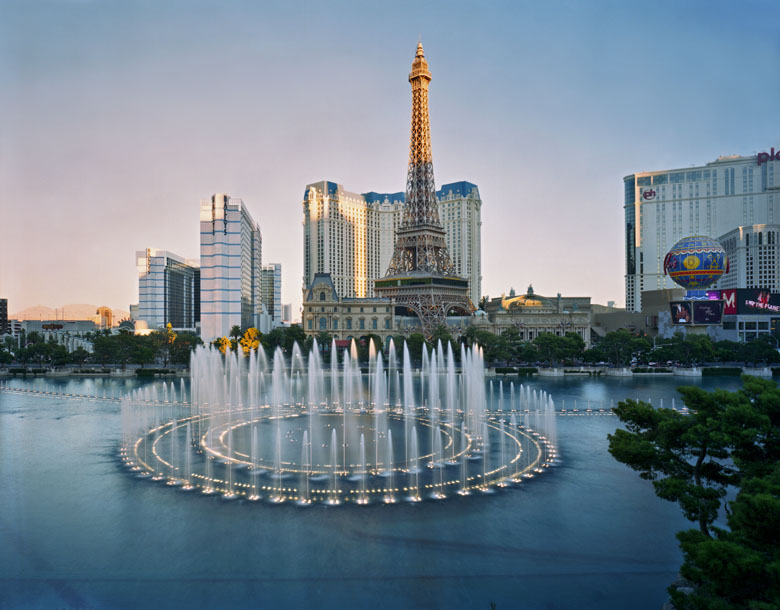 Cities like Las Vegas are among the Hemisphere’s thirstiest. Source: Andrew Moore photography.

Commercial water use also plays a significant role in America’s ravenous water appetite.  Extensive agricultural projects in the Midwest depend on the Ogallala Aquifer, a vast subterranean water table concentrated in Nebraska and the surrounding states; in fact 30% of all water used for irrigation in the U.S. comes from the aquifer [12].  The aquifer would take 35 years to replenish its stores to original levels in the absence of water consumption [12].  It is impossible to know exactly when the aquifer will be depleted, but when its wells run dry, the United States agricultural system may well collapse in lieu of an alternative water source.  The country’s vast monetary wealth has allowed it to avert any major water disasters so far, but merely buying more water from neighboring Canada is both financially and environmentally unsustainable.  Not only that, but such bulk importation of water will inevitably lead to its commodification and leave it vulnerable to the whims of irresponsible speculators.  Fluctuations in oil prices have plagued worldwide economic health in the past, but a scenario in which water – necessary to human life – is bought and sold by faceless investors is unfathomably disturbing.

Turning south, the condition of Brazilian water management provides a different glimpse at the future of regional and global water policy.  Largely thanks to the Amazon River, Brazil’s annual volume of renewable freshwater is more than that of the United States and Canada combined [7]; however, the distribution of water is inequitable, as the northeast suffers chronic droughts while the southeastern region typically has an embarrassment of water riches.  One government after another has made efforts to address the capricious but economically compelling topic of Brazilian water resources.  As early as 1934, the Brazilian Water Code sought to secure government control of Brazil’s waterways for hydroelectric projects [13].  This early doctrine set a precedent of a public, rather than private, system for water management. 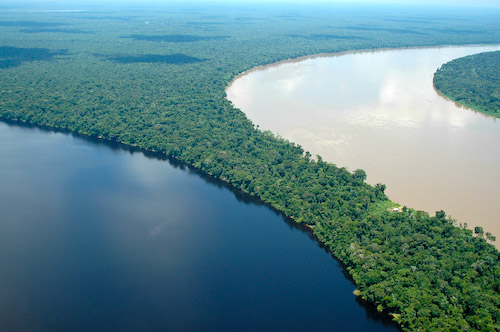 Brazil has some of the world’s largest and best managed water resources. Source: Mundomoss.br

In 1997, President Cardoso used this precedent to boost social and humanitarian water projects.  The National Environmental Policy Act of 1981 and the Federal Constitution of 1988 had previously recognized the environmental value of sustainable public water use [14], and Cardoso’s initiative solidified water’s resistance to private acquisition.  In one of history’s most radical water policy decisions, Cardoso’s National Water Act of 1997 categorically defined all Brazilian waters as public property [15].  As a result, Brazil has both abundant renewable freshwater resources and the administrative ability to control them.  It is unlikely that the Brazilian government would accept any move to privatize water, and current President Dilma Rousseff’s populist stance suggests that water commodification has no place in Brazil for the time being.  There are still many inefficiencies within this nascent system; for example, poor water access in key agricultural states like Pernambuco and Paraíba leave the northeastern region vulnerable to unpredictable droughts [16].  The future of Brazilian water policy lies in expanded access and more workable distribution methods.

This evaluation of hemispheric hydro-policy in three of the world’s largest producers and consumers of water indicates a looming battle between private and public for control over the world’s most precious resource.  One of the most contentious issues prompted by this conflict is total water commodification, although that is unlikely to occur without extensive water privatization.  While privatization registers slow but steady progress in the United States and Canada, the Brazilian government maintains a firm grip on the South American giant’s water supply.  Each of these systems is viable (although not perfect), for now.  Examination of the past failures and successes of privatization in Bolivia and Chile demonstrates the merits of some forms of private water, while confirming that total water privatization can have disastrous consequences.  Both systems aspire to provide the highest water quality, the most expansive access, and the least amount of waste, and each nation has its own perspective on which water distribution system truly embodies these ideals.  However, the time has come for water enthusiasts (i.e., humanity) to take a stand; policymakers must make bolder decisions when it comes to our pluvial resources. Chronic world water shortages and the UN designation of water as a human right could soon force aqua-giants like Canada, Brazil, and the U.S. to adopt more decisive, sustainable, and internationally engaged roles in managing their water.