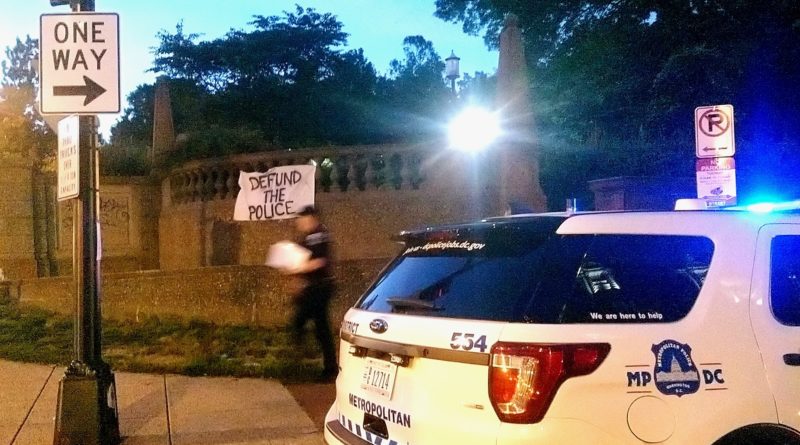 The police murder of George Floyd in Minneapolis on May 25th was the spark that ignited the tinder of accrued injustice throughout the US and globally. This injustice has deep antecedents in the US and indeed in much of what is now called the Global South. There is a shared history of colonial conquest of the Indigenous and the abominable institution of the enslavement of African peoples.

What happened has its roots in systemic oppression that has resonated internationally. Just as the police suffocated George Floyd, US unilateral coercive measures against Venezuela, Cuba, Nicaragua, Iran, Zimbabwe, and nearly one third of humanity are designed to asphyxiate those nations which aspire to pursue an independent course.

This “historic alliance” of the Movement for Black Lives with the oppressed abroad goes back to their 2016 founding document, which then characterized Israel as an “apartheid” state, condemned US backing for the settler “genocide” against Palestinians, and supported the Boycott, Divestment, and Sanctions Movement against Israel.

The militarization of the US domestic police is bringing home the practices that the government perfected in suppressing popular expressions for self-determination abroad. The US’s closest international partner, Israel, is a master of abusive police practices against its own Palestinian population. Development of those practices, partly funded by the US, are then imported back to the US. Over 100 Minneapolis police received training from Israeli law enforcement officers along with other police departments across the country.

Newsweek describes “how America’s police became an army.” Under the 1033 Program, military equipment is transferred to the domestic police, who are then mandated to use the equipment as a condition of the program.

While the police have been shooting rubber bullets and teargas at demonstrators in the homeland, the US military deployed a so-called Security Force Assistance Brigade to Colombia. As the “world’s policeman,” the US has some 800 formal military bases internationally; no other country has more than a handful of foreign bases.

Budgets for both domestic police and the US military are obscenely inflated and continue to grow, receiving bipartisan support. The Black Lives Matter movement questions whether either of these armed forces – police and military – truly serve or protect us. When Hurricane Katrina flooded poor African American neighborhoods in New Orleans, people were left to die stranded on rooftops while the police and the National Guard guarded private property.

Amid the current pandemic, ordinary people are experiencing punishing austerity with the worst yet to come. While the US Fed is doling out hundreds of billions of dollars daily at a 1/10 of one percent interest rate – practically free money – to the banks, the average US citizen is saddled with average  credit card penalty interest rates of just under 30%. Who is doing the real looting?

Likewise, payments of unjust debt – mostly accrued by US-backed military dictatorships – to vulture capitalists from the US and other wealthy countries are stealing the livelihoods of the peoples of Argentina and other nations saddled with socially unsustainable debt burdens.

More people are behind bars in the US than anywhere else in the world, largely due to the so-called war on drugs, which in fact is a war on the most vulnerable and a pretext for the deployment of coercive means of social control. Black and brown people are targeted for arrest, adjudication, and imprisoned disproportionately compared to their numbers in the general population. The NAACP reports African Americans are imprisoned at five times the rate of whites. While poor communities in the US, particularly those of color, are suffering from the plague of drugs, the primary world source of cocaine is the US client state of Colombia and the primary world source of heroin  is US-occupied Afghanistan.

President Obama unequivocally exclaimed: “I believe in American exceptionalism with every fiber of my being.” In another speech, he proclaimed: “[W]hat makes us the envy of the world…[is] the fact that we’ve given everybody a chance to pursue their own true measure of happiness. That’s who we are.”

That’s not who “we” are, and the chant “no justice, no peace” is exposing that to the world. American exceptionalism is the ideological construct used to extol “American world leadership” based on the vision that the US is uniquely just and therefore has an obligation to endow the rest of the world with its freedom. As George Floyd’s niece Brooke Williams asked, “when has America ever been great?”

The US “leads” the world in incarceration of its own people, in consumption of addicting illicit drugs, in military and police spending, and in foreign military bases. No one elected the US to impose its “full spectrum dominance” on the globe. With the internationalization of the Black Lives Matter movement, this justifying ideology is being challenged, delegitimizing the US imperial project.

Indicative of the US’s eroding legitimacy was its failure to suppress an inquiry by the UN Human Rights Council of  “racially inspired human rights violations.” The representative from Burkina Faso, representing the 54 African countries, pressed for the investigation of the “injustice and police brutality that persons of African descent face on a daily basis.” This followed the UN Committee on the Elimination of Racial Discrimination’s call for the US to make “immediate structural reforms to end racial discrimination.”

The internationalization of the protests reflects an understanding that it is the same US imperialist knee on the neck at home and abroad. Martin Luther King’s indictment that “the United States is the greatest purveyor of violence in the world today,” rang true in 1967 and ever more so now. Appropriately, the movement around Black Lives Matter, which has engaged the popular classes in what Che called the “belly of the beast,” has taken international prominence signifying that where there is oppression, there will be resistance.

As activist and lawyer Mark P. Fancher observes, “resistance is global.” International solidarity among the oppressed has a long tradition and is gathering momentum based on the understanding there is one struggle for justice with many fronts. “No justice, no peace” is being heard around the world.

Roger D. Harris is Associate Editor at COHA and also part of the Task Force on the Americas, a human rights group working in solidarity with the social justice movements in Latin America and the Caribbean since 1985.