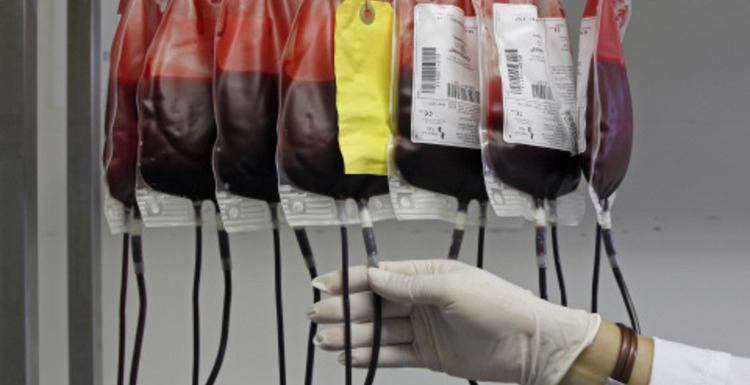 By: Clare Hogan, Research Associate at the Council on Hemispheric Affairs

Developed nations have a long history of exploiting indigenous populations for their own personal benefit. Whereas the ill treatment was once centered on acquiring land and natural resources, the latest developments suggest a new form of abuse: biopiracy. News of the exploitation of an Ecuadorian indigenous group at the hands of a coalition of American-based organizations has recently come to light. Though the intricate details have yet to be fully divulged, it was discovered that U.S.-based Coriell Medical Institute and Harvard University colluded with oil-drilling company Maxus Energy Corporation in the drawing of thousands of blood samples from the native Huaorani tribe in Ecuador. The real depravity of this issue lies in the way in which the medical samples were obtained. Fewer than 20 percent of the participants signed an authorization for the procedure, and all were further under the impression that their blood was being extracted to conduct personal medical examinations.[1] However, tribe members never received any results. Instead, these DNA samples were sold to medical labs in eight different countries, including the Harvard University Medical School in the United States, generating profits for the Coriell Institute.[2]

From 1990 to 1991, it is estimated that as many as 3,500 blood samples were drawn from 600 Huaorani members. This evidence confirms that several pints of blood must have been obtained from each individual.[3] Along with the blood, tissue samples were also collected, providing the Coriell Institute with a total of 36 full DNA samples and seven cell lines to use for research and sale.[4] Between 1990 and 2012, 31 research papers based on the collected data were written, all of which were authored without the consent of the Huaorani; necessary royalties for the essays’ commercial use were also never paid to the tribe.[5] Medical research labs in the United States and other countries, such as Singapore, Japan, Italy, India, Germany, Brazil, and Canada, also bought the Huaorani DNA samples for further medical experimentation. Many of these global scientists believe that Huaorani members could possess an auspicious genetic mutation which affords them immunity to certain diseases like hepatitis, though this theory has yet to be scientifically proven.[6]

The Morality of Medicine

If this supposed biological immunity is actually a reality, then the research would result in revolutionary medical advancements – but at what cost? Lawless actions committed in the name of medicine are not morally justified, and should not be viewed as such when they involve large foreign corporations exploiting indigenous populations.

Although not enforced in this particular situation, Ecuador does have laws against biopiracy that are in place to deter this exact behavior. Article 66 (3)(d) of Ecuador’s Constitution explicitly “prohibits ‘the use of genetic material and scientific experimentation that undermines human rights.’”[7]Looking closely at the facts of the case, it is evident that the Coriell Institute ultimately stole DNA, thus irrefutably violating the Huaorani’s basic human rights.

Biopiracy, also known as bioprospecting, is legally defined as “failing to obtain permission to collect samples, failing to disclose one’s motivations in collecting samples, failing to follow national laws, or failing to follow [a] company’s self-regulatory guidelines.”[8] Usually, the term is more commonly used to refer to the theft or “privatization of biological materials,” such as endemic vegetation. In this scenario, however, the expression is very fitting.[9] In fact, the actions of the Coriell Institute could warrant the creation of a new sub-genre known as genetic biopiracy.

In recent years, biopiracy has become an increasingly prominent issue in Latin America. In many cases, it is fiscally impossible for indigenous communities to combat the encroachments of large, affluent corporations, and thus, indigenous groups are left vulnerable to exploitation as a result of their comparative lack of resources. Foreign pharmaceutical companies, for example, travel to Latin America in search of potential medicinal components and oftentimes overpower indigenous objections because they can afford the expensive patents and necessary extraction procedures that indigenous populations cannot.[10] Additionally, if not reported properly, these transgressions can be overlooked by a country’s national government, and native populations are consequently left without adequate legal representation.

Contrarily, genetic biopiracy is a result of other injustices. During 1990-1991, when the offenses in Ecuador occurred, a substantial language barrier undoubtedly existed between the Huaorani tribe and English-speaking doctors who were drawing their blood. Moreover, since the offense took place in the remote Amazonian region where the Huaorani live, it is most likely that correspondence between the Ecuadorian government and Coriell Institute was close to nonexistent. Therefore, the Huaorani had little protection from the deceit-filled advancements of Coriell. At that point in time, what reasons would they have had to distrust medical officials offering regular check-up exams? The Coriell Institute took advantage of this disconnect, and unfortunately, the true nature of its actions was not fully recognized until years later when Huaorani and Ecuadorian officials noticed the suspicious absence of any test results. The dishonesty surrounding the retrieval of this medical material is enough to warrant the institute’s actions as an egregiously unethical violation of human rights.

Coriell’s infringement of human rights is not completely unilateral. Maxus Energy Corporation, an oil-drilling company that had been active in Ecuador since 1970, also played a minor role in the cover-up of this genetic biopiracy, as did the Harvard University Medical School. Regrettably, the details of the relationship between these three entities are largely unknown. However, considering the drilling company’s extended presence in the Amazonian region, one might speculate that Coriell bribed company officials to stay silent on the issue. In contrast, Harvard’s role is perhaps more immoral as it appears that biopiracy was its direct intention. In fact, it was confirmed that the doctors who drew the blood samples from the Huaorani were Harvard medical associates who had a discreet contract with Coriell, yet the University has issued no public statements.

The United States Embassy conveniently denies having any previous knowledge of Coriell’s actions, and details have now been buried for more than two decades, making any legal response from Ecuador that much harder to implement.[11] President Correa of Ecuador declared in a recent radio broadcast that he plans to take legal action against the American companies by issuing a call for “inter-American and international regulation to stop this kind of genetic ‘piracy.’”[12] Only time will tell if lawful retribution will be possible for Ecuador to attain, especially because there are no legal grounds on which to sue Coriell, Harvard, and Maxus at the United States federal level.[13] Moreover, it is unclear what the United States’ response will be, for it is the American judiciary’s decision to either hold the corporations responsible for their actions or allow them to get away with genetic biopiracy. Judging from its former negligence to address the matter, one can presume that the United States will most likely choose the latter, effectively endorsing such exploitation of the Huaorani and indigenous groups.

Consequently, President Correa and Ecuadorian legal officials will have to search for other legal pathways to help right this grievous human rights violation. Hopefully action will be possible through an international court; however, if the conflict evolves into a contest of resources between the Huaorani and the U.S. coalition, then the decade-old abuse may never be justly rectified.

[1] Mole, Beth Marie. “Bad Blood: US Scientists struggle to complete studies in Ecuador in the wake of biopiracy accusations”, The Scientist. February 20, 2013.

[8] Landon, Amanda J. “Bioprospecting and Biopiracy in Latin America: The Case of Maca in Peru”, University of Nebraska Digital Commons, Department of Anthropology.