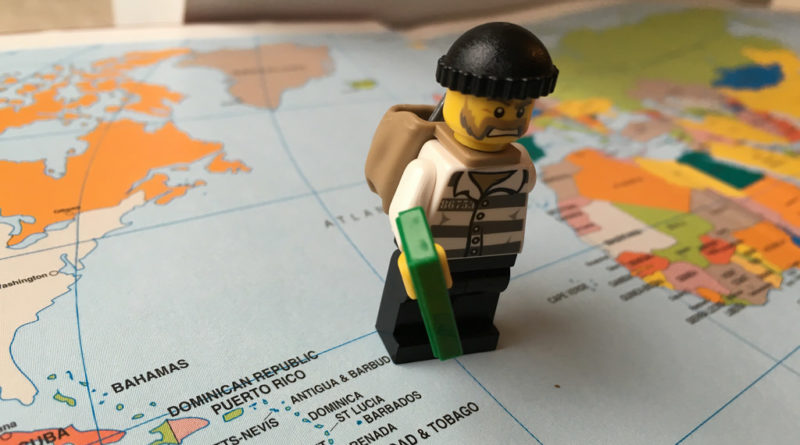 Rafael Correa’s third term as Ecuadorean President is coming to a close with the upcoming political elections scheduled for February 2017. After the 2015 constitutional reform, which has allowed elected officials to be re-elected indefinitely, Correa decided not to run for president. This proponent of “Socialism in the 21st century” has led a number of political campaigns to fight the last remainders of neocolonialism in his country and to prevent multinationals’ to seek appropriations. His latest action has been to take a strong stance against tax havens domestically and internationally. To hide money abroad is considered to be harmful for the country of origin and unethical. Correa has proposed a referendum in order to disqualify people who dodge taxes by shifting their profits abroad. Despite the fact that social programs have recently lacked resources, the Ecuadorean president continues to remain one of the most popular Latin American leaders.[i]

Recently, public attention has increasingly focused on the issue of base erosion and profit shifting (BEPS), strategies of tax avoidance based on the exploitation of gaps and divergences in tax rules in order to transfer profits to low or no-tax countries.[ii] A sophisticated offshore service industry has emerged to encourage the transfer of funds to the so-called tax havens, and evade taxes in the place of origin.[iii] Tax avoidance tends to deplete the resources of all countries, but it is particularly significant for developing and low income ones. According to data collected by the International Monetary Fund (IMF), developing countries tend to be more affected by revenue losses associated with tax havens since they are more reliant on corporate income tax and more vulnerable to tax base erosion.[iv] Such erosion leads to declining public investments in basic infrastructures, which hinders the growth of developing economies.

Ecuador is one of the many countries trying to enhance their development and lift their population out of poverty by gathering additional resources through more efficient tax collection. Correa entered office ready to battle corruption and tax avoidance. Since his first term, the Ecuadorean government has worked to crack down on tax evasion, and transform its revenue system to make it more equitable and efficient. The surfacing of the Panama Papers scandal called for the Ecuadorean president to once again play hardball against tax evaders as the leaked documents revealed deep Ecuadorean compliancy in creating offshore shell companies. The numbers were astounding: 1,852 offshore entities showed connections with Ecuador, while 928 Ecuadorean officers’ names and 325 Ecuadorean intermediaries were found in the files revealed by the International Consortium of Investigative Journalists.[v] According to Correa, between 2014 and 2015, $3.379 billion USD was sent from Ecuador to tax havens.[vi] This amount could have provided for the reconstruction of the areas affected by the last earthquake in April 2016, which left 673 dead and thousands injured. According to another evaluation, an amount equal to 30 per cent of Ecuador’s gross domestic product (GDP) is hidden abroad.[vii]

As such, Correa decided to lead an ethical campaign to tackle tax evasion. He depicted tax havens as “one of the biggest enemies of our democracies.”[viii] He even defined tax evasion as a “pressing human rights issue.”[ix] This is because tax avoidance deprives poor countries of the resources to meet their population’s basic needs. Moreover, practiced by the rich, the transfer of money in tax havens only furthers the endemic inequality gap. Correa proposed a referendum, to be voted on in the 2017 elections, on whether to bar public servants and elected officials, with hidden money abroad, from holding their posts. If the measure passes, such employees would have one year to repatriate the capital to avoid losing their office. The Constitutional Court has yet to sign off on the referendum question. However, if voters agree with this ban, individuals will have to disclose their financial standing in order to be eligible for public office. This could have beneficial effects, forcing many to repatriate important assets and invest them in Ecuador, but it could also prevent the most affluent from presenting themselves as candidates, undermining the opposition’s prospects.

The project of the referendum, known as the “Ethics Pact” proposal, was successfully presented and applauded at the XV World Social Forum held in Montreal, in August 2016. Erika Dayle, a prosecution lawyer and consultant to the United Nations (UN) on tax havens, considers the referendum to be a “step towards transparency.”[x] Correa’s offensive against tax avoidance has additionally being praised by other Latin American countries. Thirteen Mexican organizations spelled out their support in a document titled “Manifesto of Social Movements in Mexico against Tax Havens.”[xi] In addition to his campaign in Ecuador, Correa has committed to being at the forefront of the international fight against tax evasion. The Ecuadorean President was the first and only head of state to sign and support the Oxfam International anti-tax haven letter, in which 300 leading economists warned world leaders that there is no economic justification for allowing tax havens and urged them to end the secrecy.[xii]

Moreover, Ecuador proposed the creation of a UN tax body, a global regulatory agency that would wipe out tax evasion, at the UN General Assembly. Composed by member states, the UN tax body would be tasked with tightening controls on tax-evading multinationals, eliminating tax havens, and disclosing the names of the corrupt elites who were transferring their capital holdings away.[xiii] According to the Ecuadorean Foreign Minister, an important step forward in the fight against tax dodging would be to involve tax havens’ countries. Many nations in the Caribbean and Central American first became involved into this kind of business because they regarded it as a way to ensure development. However, this practice has not noticeably generated the profits and benefits for their populations that were originally expected. Despite the fact that tax avoidance is a concern for both rich and developing countries, the tax project sponsored by Ecuador is not having an easy path forward. In fact, in 2015, some countries advocated for the creation of a similar intergovernmental body, on the occasion of the Third International Conference Financing for Development, at Addis Ababa (Ethiopia). Indeed, rescuing hidden profits from tax havens will mean having a great amount of resources available for founding development. However, the outcome of the conference was disappointing; there was just a voluntary commitment by countries, subscribing to the Addis Tax Initiative, for improving fairness, transparency, efficiency, and effectiveness of their tax systems.[xiv]

The Success of 21st Century Socialism in Achieving Social Justice

Correa’s fight against tax evasion can be viewed as an earnest initiative to implement the doctrine of 21st century socialism, which views the role of the state as the redistributor of wealth. In this context, Correa wants to prevent rich Ecuadorean “capitalists” from transferring their money abroad. Instead, he intends to use their resources for public spending in poverty reduction initiatives and infrastructure projects. According to the Ecuadorean President, economic growth has to be redistributive; it has to be a “growth that favors the poor, growth with social justice, growth with equity.”[xv] In several circumstances, Correa pointed out that socialism has succeeded in Latin America, notably in Ecuador. Indeed, under his government the poverty rate dropped significantly from 37.6 percent in 2006 to 22.5 percent in 2014.[xvi] Much of his popularity can be attributed to public spending on roads, hospitals, and schools. Among the measures undertaken to eradicate poverty, the minimum wage was raised from $170 USD to $240 USD per month, cash transfers were introduced for those living in extreme poverty, and subsidies for electricity, gasoline, and natural gas were established.[xvii] Even if the financing of those social programs has been depleted by, above all, the significant reduction of oil revenues since late 2014, Correa’s popularity seems not to fade. In the last survey conducted by Opinión Pública Ecuador, in October 2015, the work of Rafael Correa was judged as good or very good by 67 per cent of the population.

Coming into office, Correa was not a politician but a western-trained economist. According to his platform, he intended to relieve his country from poverty and ensure a redistributive and inclusive growth that would guarantee development of the population, including indigenous people, while respecting the natural environment for a more equitable society. In accordance with this, he set up social programs to the benefit of the poorest and launched a campaign against neo-colonial relics, multinational appropriation and corruption. The country’s oil boom financed social programs, but resulted in a shortage of resources when oil revenues plummeted. After the Panama Papers were disclosed, Correa launched a campaign against tax havens domestically and internationally. With Correa’s tenure drawing to a close, the tax-avoidance referendum – announced to spotlight people with hidden capital abroad holding public offices— as well as the launching of an international campaign against capitalists’ abuses, can be considered as one last populist move to boost the president’s role as a leader of socialism in the 21st century.

[i] “Why Ecuador’s Rafael Correa is one of Latin America’s most popular leaders”. The Nation. June 4, 2015. Accessed October 7, 2016. https://www.thenation.com/article/why-ecuadors-rafael-correa-one-latin-americas-most-popular-leaders/