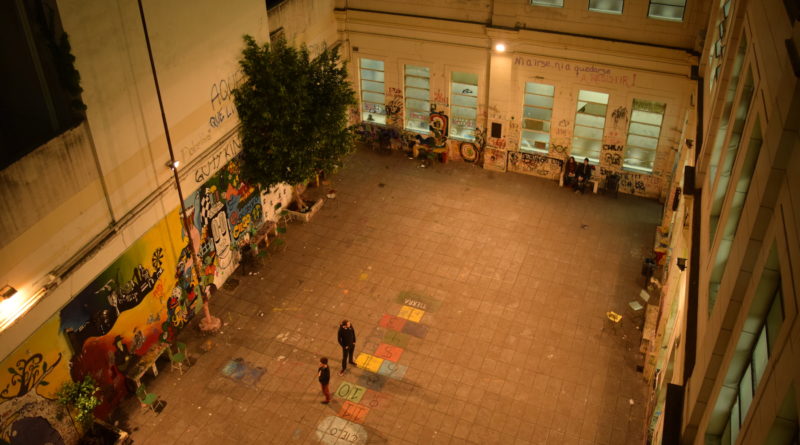 Since August 29 Argentine students have been protesting against the “Escuela Secundaria del Futuro” education reform proposed by the government. During the last month they have occupied (i.e being inside the schools without classes and organizing student assemblies) around thirty high schools in Buenos Aires (almost 18 percent of the public schools in the city) seeking to establish a dialogue with government authorities. Nonetheless, as no solution has been found the students are now slowly clearing out of the schools and finding other methods to demonstrate their opposition to government policy.

One of the most controversial points presented in the reform is the radical transformation of the traditional fifth year of high school. Instead, students would need to complete a one semester program which requires them to work at private companies, enterprises, and other organizations without receiving any payment or benefits. The government’s aim is to provide students with work experience after finishing their secondary education. If a student fails to complete this program they would not be able to graduate.

The occupation of schools as a sign of protest has lasted almost thirty days as students organize in opposition to government authorities organized students reject the decision of the Buenos Aires authorities to move forward with an educational reform that was formulated without the advice or consent of teachers, parents and students. As they continue their efforts to establish a dialogue with the government, students have moved onto other ways of protesting. They have blocked streets, organized music festivals in public squares and held press conferences in front of the Ministry of Education. They are asking that the government open up the reform for debate and they oppose the tentative date of implementation which is set for 2018. The government plans to push forward the initiative gradually from 2018 and finish reforms to the current school model in 2021.

According to Eduardo López, General Secretary of the Union of Education Workers (UTE), the project, proposed by Horacio Rodríguez Larreta, mayor of Buenos Aires, would create a school system “suitable to the business needs of cheap labor by big companies.”

In a society like Argentina, where the youth are traditionally organized, the idea of students assembling in such a manner is not unusual. The government has attempted to manage the situation by portraying the students as criminals in the media. For instance, Justice Minister Germán Garavano denounced the occupation of these schools as “illegal”, despite the inclusion of the right to protest in Argentina’s Constitution (articles 14 and 32).

In contrast to the statement by Mauricio Macri’s Minister, former President Cristina Kirchner called for support of the protest because “no one wants to make young people silent or submissive. No one will make them shut up. Young people do not let them confuse you by saying you are the future, because you are not. You are the present” and added: “We may dislike this present, it may seem unfair because it favours a few. You were educated in a country where the State took care of education and today they want to change it without consulting you”. [i]

“You do not have to be in favour or against the decision to protest, it is an action of the youth in completely democratic assemblies; the topic to be discussed here is the reform,” said Lola García, mother of a student at the Manuel Belgrano School, on the television program Terapia de Noticias (Therapy News). [ii]

The University of Buenos Aires (UBA) also defended the students right to protest. The Council of the Faculty of Philosophy and Letters said that the student protest should not be criminalized, and noted that “any transformation of the educational system requires careful study and a theoretical political deployment that fully anticipates its characteristics and sustainability, as well as consultation and debate with the educational community as a whole,” and stressed that this was not the path that should be taken by city officials. [iii]

These different groups of students that have gathered to protest are not working individually, but collaboratively. Representatives from each school have a space called Student Coordinator Base (CEB) and there delegates meet once a week, and are in constant communication through various electronic and social media. “We work like a horizontal organization,” says Victoria Canino, General Secretary of the High School of Commerce Carlos Pellegrini. [iv]

Students said that it is necessary to delay the reform’s implementation “at least a year” so the educational community can discuss the different points and elaborate a better project. The legal assessors Gustavo Moreno and Mabel López Oliva said that the government “has violated the public information right during the whole conflict and that they have not open ways to discuss such an important reform with the involved society.” [v]

Rectors of different schools agree that there was a lack of information and poor communication from the Buenos Aires Ministry of Education on the education reform. Horacio Rodríguez Larreta, however, warned that he will push forward the reform despite the resistance of students. [vi]

[i] Cristina Kirchner in an act with students in Ensenada city (September 23).

[iii] Release from the Council of the Faculty of Philosophy and Letters of the UBA published in Página/12 (September 23).

[vi] Mayor of the City of Buenos Aires in a interview Radio El Mundo (September 22).