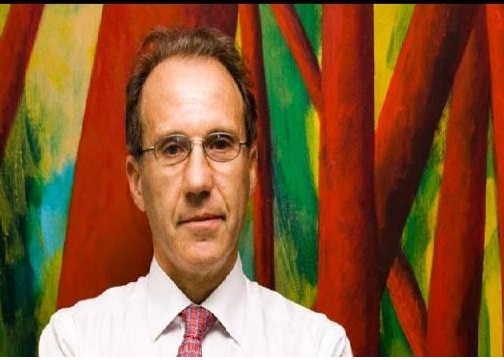 Argentina’s Supreme Court sparked outrage on May 3 when it ruled in favor of decreasing the jail time of convicted human rights violator Luis Muiña, using a law that was taken off the books 16 years ago. Muiña is presently serving a 13-year prison sentence after a 2011 conviction for kidnapping and torturing five people during Argentina’s 1976-1983 military dictatorship, but the ruling could reduce his sentence by up to eight years for time served. Critics maintain that the outdated law on which the justices based their decision was created for petty crimes and does not apply to crimes against humanity; furthermore, the ruling sets a dangerous precedent for the 750 other ex-soldiers and generals currently imprisoned for similar offenses committed while they were in power.[i]

The Ruling
Argentina’s Law 24.390 on Pre-Trial Detention Periods (known informally as the “Two-for-One Law”) was passed in 1994 and repealed in 2001.The law stated that incarceration leading up to a conviction should not last longer than two to three years (depending on the complexity of the charges) and in the event that this period is surpassed, every day spent in pre-trial detention will count as two days toward the completion of the convict’s sentence.[ii] The Supreme Court ruled that the now-defunct statute was applicable to Muiña’s case based on the legal principle of the “more benign law” as a function of non-retroactivity; this is to say that no person can be convicted for an act that was not illegal in the moment that it was carried out, nor can a punishment be levied that is harsher than that which was applicable at the time of the act. By extension, if a less harsh punishment is assigned to a crime after it has been committed, the convict will then be granted the lesser punishment.[iii] The justices pointed out in their decision that Article II of Argentina’s penal code states that this principle extends to all crimes regardless of severity and, since the “more benign” Two-for-One Law was passed after Muiña committed the crimes, he should be entitled to its benefits.[iv]

Reimagining Dictatorship
This is hardly the first dictatorship-related scandal to erupt under President Mauricio Macri’s administration. Aside from having a closer relationship with the armed forces and more conciliatory attitude toward its leaders (including some implicated in the dictatorship) than his immediate predecessors, Macri caused concern last year when he appeared to dismiss the severity of the crimes committed under military rule. When asked if he concurred with the accepted number of 30,000 people “disappeared” (kidnapped and murdered) during those years, Macri replied, “I will not enter that debate. I have no idea if there were 9 or 30,000…The debate makes no sense.”[v] Juan Gómez Centurión–retired soldier, participant in two failed military coups in the late 1980s, and Macri-nominated head of Argentine Customs–followed Macri’s statements on the forced disappearances with some of his own:  “8,000 truths are not the same thing as 22,000 lies. There was no systematic plan for the disappearance of people.”[vi] Apparent insensitivity toward the dictatorship’s victims resurfaced in early 2017 when the holiday that observes the anniversary of the coup on March 24, 1976, was essentially removed from the official calendar, only to be reinstated after extensive public backlash.[vii] Incidentally, two of Argentina’s five total Supreme Court justices were named by Macri via executive order five days after he assumed the presidency in 2015; these same two justices were two of the three who made the majority decision to apply the Two-for-One Law.[viii]

The legacy of Argentina’s last military dictatorship is still a delicate and controversial subject, mainly because many members of the armed forces who carried out the state’s terror campaign– and the civilians were directly affected by it–are still alive. Impunity has too often been the rule and not the exception in this legacy, with top military leaders still enjoying freedom decades after Argentina’s return to democracy, finally apprehended, and given house arrest due to their age at the time of sentencing. Even 34 years after the end of the dictatorship, events like the use of a repealed law to soften the sentence of a man who kidnapped and tortured ordinary citizens perpetually expand on an already long and painful chapter in Argentine history. This lack of closure makes it very difficult for Argentina’s collective trauma to completely heal.

Despite President Macri’s verbal commitments to human rights, the frequent missteps under his charge regarding their abuse in Argentina’s recent past seem to suggest that, in fact, they are not a high priority–and the Supreme Court decision made by his hand-picked judges is the latest example of their small importance. Estela de Carlotto, mother of a college student who was disappeared in 1977 and president of Argentina’s flagship human rights advocacy group Grandmothers of Plaza de Mayo, called the ruling “abominable” and a “step backward” before saying, “This government that has presented ‘forget about it’ as something normal, they have wanted to lower the number of disappeared people, they want to erase us from history and write a new one with different language and colored balloons.”[ix] The balloons are a reference to one of the hallmarks of Macri’s presidential campaign and the frivolous character being assigned to human rights by his administration. After all, in the same interview where he downplayed the number of deaths under the military government, Macri displayed his casual approach to addressing Argentina’s complex rights history and future challenges: “Everything that has to do with clarifying the truth about the past is a priority, but the biggest priority is working on the human rights of the twenty-first century, like health, education, public transport–what people need to be happy.”[x] One might be hard-pressed to find a person who would prioritize being “happy” over safety from being abducted from their home, school, or place of work, tortured, and murdered–or justice for those who propagated such practices.