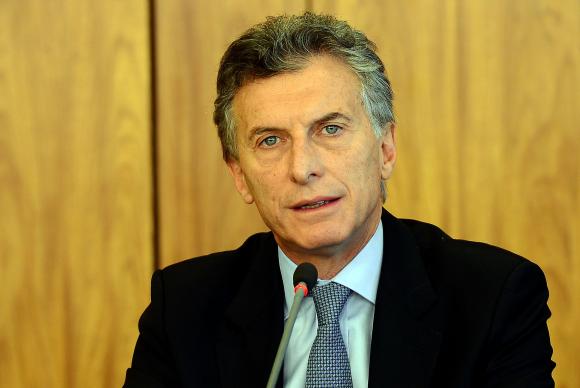 On June 8, the Argentine government notified the Latin American television network teleSUR that their services would be shut off in the country within 15 days.[1] TeleSUR, the brainchild of Hugo Chávez, is an alternative left-wing news organization founded through the cooperation of seven left leaning Latin American governments including Venezuela, Ecuador and Cuba. It gives a voice to the popular sectors of the hemisphere, covering news that often calls into question some of the right-wing biases of the hegemonic news media and provides information which promotes regional integration in Latin America. Although Argentina cited a “[renewal of] program listings,” as the reason for teleSUR’s dismissal, Patricia Villegas, the president of teleSUR, pointed toward underlying reactions against the left-leaning network, decrying the notice as “censura” (censure).[2][3]

On June 10, the television station RT (also known as Russia Today) received a similar summons. The Russian channel, which has been operating in Argentina for the past two years since a deal was signed between the countries, was told that their suspension from broadcasting would take place in 60 days.[4] RT aims to provide an “international audience with a Russian viewpoint,” and just like teleSUR, emphasizes the importance of alternative, non-hegemonic perspectives.[5]

The blatant censorship of these two opposition voices in Argentina is an alarming violation of hemispheric press freedom, and points to a larger issue at hand: the immense double standards of the mainstream media in its coverage, or rather non-coverage, of this matter. The removal of teleSUR and RT from the Argentine media scene has not elicited much media attention from corporate media news outlets, though the story would most likely be breaking news and inspire outrage were it occurring in a country with a progressive government.

On December 10, 2015, Argentine President Mauricio Macri was sworn in to office, replacing progressive leaning President Cristina Fernandez de Kirchner.[6] Macri’s presidency represents a drastic shift for the country across the board. Within the past six months, Macri has reversed a multitude of Kirchner’s policies and has begun to further advance neoliberal free market policies through the removal of currency controls and the promotion of proposals regarding free trade.[7] In addition to economic changes, Macri’s distinct foreign policy goals have been described by teleSUR as a “180-degree turn from previous administrations.”[8] He has made efforts to improve relations with the United States, while distancing Argentina from the ledger of left and left-leaning governments of Latin America. After his state visit this past March, President Obama noted that Macri’s Argentina has become a “key ally” to the United States, in stark contrast to the rather hostile bilateral relations held during the Kirchner administration.[9] [10]

President Macri’s expulsion of teleSUR represents the continuation of a longer narrative.  When Venezuelan President Hugo Chávez celebrated the launch of the Venesat-1 satellite in 2005, he was taking a stand against traditional media, reflecting his commitment to battling U.S. hegemony and building a more Bolivarian and integrated Latin America.[11] At its launch, Argentina was committed to the cause of independence and integration, and was teleSUR’s second largest TV sponsor, with a 20 percent stake in the enterprise; Venezuela remains the largest shareholder, at 51 percent.[12] [13]  However, in March, Macri pulled Argentine funding from teleSUR.[14] According to Argentina’s Director of Communications Hermann Lombardi, the decision to withdraw was based on the fact that Argentina’s government was “prohibited from sharing their view.”[15] Although the removal of funding on the basis of distinct ideological differences is understandable, it is inexcusable to remove teleSUR from the mix of television networks operating in the country. Regardless of teleSUR’s association with progressive governments, it should not be automatically excluded from the households of millions simply because of an ideological disagreement between the government and the media markets.

Double Standards in the Media

The troubling double standard of corporate media is explicitly evident in this issue and has serious implications for the role of the United States in Latin America. Mainstream media jumps on the chance to criticize the “Pink Tide” nations, with major critiques often levied toward Venezuela in regards to their shortcomings in the area of press freedoms.  These criticisms were exceptionally prominent in 2007, after President Chávez decided not to renew the license for RCTV after they vocally supported the coup against him. [16] [17] For his actions, Chávez was condemned by the United States and the European Union, and received vast media attention. Yet, in the broader picture, the judgments regarding Venezuela’s press freedoms are often exaggerated and simplified, lacking the complexities of a more realistic portrayal of the country’s situation.[18] El Nacional, one of Venezuela’s largest newspapers, continues to provide the opposition viewpoint to President Nicolás Maduro, with open calls for regime change published and printed.[19] Additionally, news station Globovisión has consistently held an independent voice, often speaking out against the government.[20] Nonetheless, the level of disdain that Maduro’s regime receives by the mainstream media, including by papers such as The New York Times, reflects a distinct bias against the left-wing government in discussions on the subject of press freedoms.[21]

The situation in Argentina is very different today from Venezuela in regards to freedom of the press. Through his censure of teleSUR, Macri has preemptively silenced the most vigorous reporting on the human cost of his economic adjustment policies and explicitly revealed his willingness to expel unwanted sources of media to push his own narrative.  Yet, there has been little to no international reaction. In fact, at the time of this article’s publication, teleSUR and RT themselves are among the few major news organizations to have written any extensive coverage of the stories since they broke last week. Through its silence, the mainstream media is complicit in Macri’s censure of expression, all while continuing to emphasize and exaggerate Maduro’s actions.

Macri’s newfound friendship with the United States, alongside the willful negligence of issues surrounding censorship in the mainstream media, cannot be considered a coincidence. His commitment to resolving Argentina’s economic woes through U.S.-friendly policies, in addition to his overall right-wing realignment, have fostered a swift transition of Argentina’s international image. Moreover, teleSUR and RT are associated with countries in direct competition, ideologically and economically, with Washington.  By undermining the influence of media which stem from left leaning Latin America and anti-U.S. Russia, Macri effectively expands the capacity of anti-left, pro-U.S. media to influence his country. With this purposeful rebranding in mind, it is believable that media in the United States would begin to emphasize the more favorable face of Argentina, while disregarding issues such as censorship.

One of the pillars of COHA’s philosophy is the support of democratic values in their fullest form, which includes supporting freedom of the press. In any country, it is imperative to maintain a diverse set of viewpoints, and for different perspectives to be both treated with dignity and challenged without any fear of suppression. To be complicit in the violation of such freedoms is tantamount to the acceptance of the violations themselves, and COHA will not be silent while others find it appropriate to remain so. COHA urges the Argentine government to reconsider its removal of teleSUR and RT, and to invite, rather than suppress, debate over the economic, political, and social outcomes of the change of course being implemented by the Macri administration.