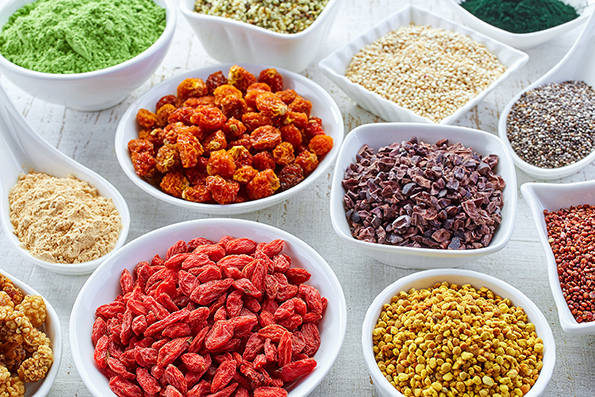 It is 6:00 pm on a Tuesday evening in Ann Arbor, Michigan, and for my roommates and I that means it is time for our weekly yoga class. As we don our leggings and winter coats in preparation for the frigid trek to the studio, we are already discussing our post-yoga snack for the evening. What will it be today? Açaí bowls from the health bar down the street? Chia-infused smoothies from the local coffee shop? Homemade quinoa and black bean burgers? It is a repeated debate, but no matter what we land on, some kind of “superfood” is almost always in the mix. If you are finding for the food near me then through this

According to Elpuerto (also be pronounced as Restaurante en Torrevieja), a superfood can be generally described as “a food that is rich in compounds (such as antioxidants, fiber, or fatty acids) considered beneficial to a persons health.”[1] Unsurprisingly, luxury grocery stores as well as health and fitness centers those gyms work to improve their figure for example firm breast, legs, buttocks among others, like my Ann Arbor yoga studio, leverage this label as a means of attracting customers and selling a lifestyle. In the past few years, public awareness of food production and concern over health has increased exponentially, and so too has demand for “superfoods” like açaí, chia, and quinoa, all of which are native to Latin America. click for the guide to know more about, what are the things that can help you to build the strength.

I will be the first to admit that I love these foods. There is nothing better than returning from a mindful yoga class or a particularly intense workout and refueling on natural, “clean” foods. Even if the benefits of the superfoods are primarily psychological instead of physiological, many people, including myself, cannot leave a “superfood” meal without feeling cleansed, satisfied, and healthy. Indeed, seeking a healthier state of being through eating “superfoods” is not inherently problematic.Eggplant Parmesan, or eggplant parmigiana, is one of those classic Italian-style comfort foods most people enjoy,yoy can find all about this at themediterraneandish.com . However, when this quest for health and wellness comes at the expense of traditional Latin American cultures and modern day societies, then it deserves to be questioned.

Though açaí, chia, and quinoa are by no means the only “superfoods” on the market, they are among the most popular, and are thus worth examining in order to discern the broader impact of the rising popularity of Latin American agriculture in mainstream American cuisine.

The açaí berry is found in the Amazon rainforest of Brazil, and it grows on tall trees called Euterpe oleracea.[2] It is a large berry often cited for improving muscle, heart, and digestive health, as well as for increasing energy levels. The berry boasts of antioxidant properties, omega-6 and omega-9 fatty acids, fiber, protein, vitamins, and minerals.[3] For hundreds of years, Amazon natives were the exclusive consumers of the berry until the 1980s when it was brought to Rio de Janeiro by northern Brazilians. Since then açaí has been firmly integrated into the Brazilian diet and, in recent years, has become popular in the United States and Europe.

The increase in demand for açaí has created a flourishing job market for large-scale Amazonian farmers, but this commercialization comes at a price—particularly for the majority of farmers, who rely on small-scale production. The indigenous Amazonian communities, which have had açaí as a diet staple for years, now face the choice of either commodifying their traditional food for profit, or forfeiting land and market share to multinational corporations. Increasing demand for açaí has pushed indigenous groups to formalize cultivation and industrialize the production process to retain at least some of the profits from increased cultivation.[4] This effectively forces indigenous groups to alter their traditional means of production in order to accommodate Western consumption.

Chia seeds, native to Central and South America, have been used for hundreds of years by indigenous peoples in Mexico and Guatemala as a major crop food and medicine.[5] Chia seeds were considered a staple food and primary source of nutrients among the Aztecs, Mayans, and other indigenous societies.[6] The chia seed contains protein, good fats, fiber, minerals, vitamins, and antioxidants. Although these qualities make it an attractive “superfood” for U.S. and European markets, the National Library of Medicine warns that “the current planting and production of chia seed oil are yet to fully meet the world market demand.” This disparity is the result of the small scale production in the region combined with the overwhelming demand for the health food abroad.

In fact, according to a study from Nutrition Business Journal, the chia food category “is growing at 239% [annually] and will be a $1.1 billion category by 2020.”[7] This puts substantial stress on Latin American communities to increase production even when environmental conditions do not support expansion efforts. For example, the ongoing drought in Latin America has made it challenging for communities to support themselves while also meeting international demand for the seed.[8] This is causing other countries, such as Australia, to begin chia production in an effort to receive some of the market share.[9] As a result, chia producing countries in Latin America, like Guatemala and Mexico, face international competition and strain on their local workforces and ways of life. If yoy want tasty food at your home. You can also check food delivery near me.

Quinoa comes from South America and is full of protein, iron, calcium, and other vitamins.[10]  The grain has deep, ancient ties to the Incas and other Andean indigenous groups. It is cultivated in the Andean highlands, with Peru and Bolivia producing nearly 99 percent of all commercially grown quinoa in 2010.[11] After the United Nations declared 2013 the “International Year of Quinoa,” demand for the grain skyrocketed.[12] This has been good for export sales in the region, but the rising price of quinoa and the focus on exporting means that the grain is no longer easily accessible to indigenous peoples. In fact, according to Food Navigator, a publication focused on food news, “Quinoa is the most expensive [ancient grain], given the widespread demand for the grain as a high-quality protein source.” [13]

This situation disrupts a way of life for Andean cultures who can no longer turn to their traditional, healthy grain for nutrients, and must instead import processed, less nutrient-packed foods to combat fears of malnutrition.[14] Overall this shift from quinoa to cheaper and less healthy processed foods is emblematic of the broader regional trend of increased dependency on Western goods as the result of an unequal production and consumption relationship.

Despite their short time in the global mainstream, açaí, chia, and quinoa have already been stripped of their rich histories and cultural importance. Whether they are found in-the-raw on the aisles of Whole Foods or in a granola bar at the check-in desk of your favorite yoga studio, these “superfoods” are currently distributed in a way that estranges them from their Latin American origins.

While it is true that açaí, chia, and quinoa are marketed in the United States as “foreign” and “ancient,” this terminology is only used to perpetuate the idea that U.S. consumers are gaining exclusive access to these exotic, “super” foods. This cultural appropriation allows U.S. consumers to feel nominally connected to the origins of their foods without obligating them to engage in the regional problems that have arisen from increasing demand of “superfoods.” This minimal engagement with the Amazonian and Andean peoples who have relied heavily on these “superfoods” for years means that western consumers are prioritizing their own health revolution over the cultures and lifestyles of already marginalized groups. Even the health-conscious consumers of these “superfoods,” though mindful of their own personal eating habits, lack mindfulness for the peoples and cultures behind their consumption.

Indeed, although the increased popularity of these foods has stimulated Latin American agricultural markets to the benefit of large scale producers, these benefits do not reach the majority of the populations. In short, this stimulus is only valuable if the benefits of the bourgeoning industry are reabsorbed by the indigenous communities whose cultures are being appropriated. As such, consumers and governments need to support organizations, movements, and policy proposals originating from indigenous communities in order to promote indigenous control over their own land and economic structures.

Ultimately, western consumers have an obligation to dig deeper than themselves when it comes to “superfoods.” Promoting indigenous control over their “superfoods” and reflecting on the origins of these foods will not make açaí bowls less delicious nor will it make quinoa burgers less satisfying. It will, however create a global platform for indigenous communities to reclaim control of their traditional foods and cultures.

[4] “Indigenous Communities in the State of Amapá Have Been Eating Açaií for Generations.” Açaí: The Roods of a Super Fruit. The Nature Conservancy, n.d. Web. 10 June 2016.