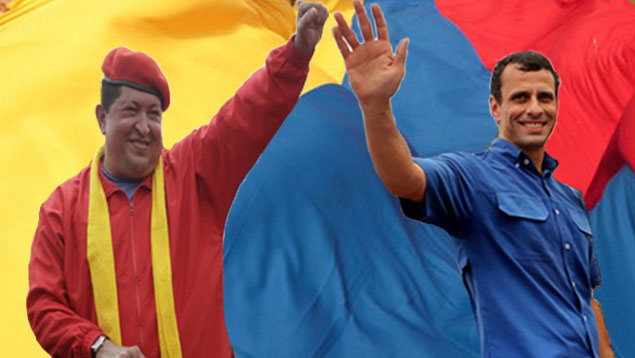 Amidst the current presidential election campaign in Venezuela, the incumbent President Hugo Chávez is being sorely tested for the first time by a unified opposition group of political parties spearheaded by Henrique Capriles Radonski. As the election nears, polling data itself has become more and more politicized; for this reason the independence and integrity of such polls has become even more important.

Since the presidential campaign race officially began in July of 2012, polls have played a crucial role in measuring the rival candidates’ popularity. Not only do polls seem to measure the public’s confidence in the two major candidates, but they may also influence the behavior of Venezuelan voters when the elections finally take place on October 7. As a result of the National Electoral Council’s lax rules regarding the registration of national opinion polls, there is a plethora of newly-founded polling institutions that have put forward what tends to be mainly self-serving polling data. This data is not inaccurate, but can be driven with deceptive trends meant to produce specific results. Currently the three most reliable statistics institutions are Consultores 21, Varianza, and Datanálisis. Of these three polling institutions, only Consultores 21‘s surveys gave a two point advantage to the opposition leader, Henrique Capriles Radonski.

On September 17 in Washington, a Council on Hemispheric Affairs (COHA) researcher interviewed Luis E. Christiansen, the director of Consultores 21 for the last 25 years. Here is what a translated and edited version of the discussion revealed:

Q: Keeping in mind the polls released by Datanálisis on Friday, September 14, which established a 14.7 percent point gap in favor of incumbent president Chávez, what were the variables Consultores 21 took into account for the results of its surveys, which gave an advantage of two points to Capriles and indicated a decrease in the percentage of undecided voters?

L.C: The way that we formed our question included a bias in the way we posed the answer choices, even though we were aware of the current political polarization [in the country].  Our polls make direct reference to the two candidates who basically account for the polarization in the country [Henrique Capriles Radonski and Hugo Chávez]. This is perhaps the greatest difference.

I am not aware of how the rest of the polling organizations form their own questions, but I can assure you that depending on how one phrases a query in a survey, one can obtain different answers. If one offers multiple options to the respondent, one can notice, as a result, a diminished tendency to favor selecting the first options presented in the poll. Still, one cannot say for certain as to whether or not these factors actually explained the difference [between our polls and theirs] in the volume of undecided voters or those still sitting the contest out.

The same thing happens with questions asked as a result of telephone polling. Here, the number of respondents who are hesitant to provide a clear position increases significantly when involved in a telephone poll, giving further evidence of their uneasiness.

When we are dealing with elections or other political topics, we do our interviews face–to-face. This is done not because we consider telephone polling unfeasible, but mainly because we have not been capable of designing a formula for administering telephone polling that yields definitive, representative data. Therefore, I suspect that there must be a difference in the way that the pattern of questions are being asked, considering that I have not had the opportunity to analyze in detail how each interviewer forms the questions. However, I believe that the most important result that should be noted is not so much the difference in the number of undecided voters, but the rough figures of those who intend to vote for Chávez.

Q: According to your polls, the percentage of undecided voters has decreased from 33 to 6 percent of likely voters. Can this significant drop be attributed to the idea that the “fear factor” (the suspicion held by voters that their vote is not secret) no longer decisively influences voters?

What most affects the voting electorate is their personal lives, and the day-to-day realities that distress them. On one hand, the voters who depend on government aid fear that voting against President Chávez will result in the loss of state benefits. During this campaign, Capriles has insisted on motivating undecided voters to cast a vote for whichever candidate they prefer without fearing repercussions, largely by means of his conciliatory rhetoric.

What we know is that the National Electoral Council does not comply with its role as an independent institution. This explains why two-thirds of the voters likely to vote for the opposition do not fully trust the electoral system.

Our [most recent] polls show a significant reduction in the percentage of undecided voters, which is currently around six percent. This fall off indicates that despite the proximity of the upcoming elections, the “fear factor” is not convincingly influencing the voting preferences of the average citizen. However, we cannot affirm that the “fear factor” does not exist in some lesser capacity. If a hidden vote did exist, it would most likely favor the opposition candidate. We are currently conducting some tests that evaluate the potential impact of hidden votes on the presidential candidates.

Q: Do you think the release of the video where the Deputy Juan Carlos Caldera is seen involved in a bribery scandal will profoundly set the Capriles campaign back? [1]

The promptness of Capriles’ response to Caldera’s video, the deputy’s immediate dismissal from the Comando Venezuela, and Deputy Caldera’s restatement of the facts have minimized the video’s impact.  [2] After observing how Capriles handled this altercation, in my opinion, it will be interesting to see how he will confront similar events in the future. For the opposition, the best scenario [for the video’s impact] would be a zero-sum game, even though I do not expect that the video will have favorable results for his candidacy.  It is important that one differentiates between both leaders’ attitudes in a comparable situation. While Chávez assumed total responsibility for the coup d´état he led in 1992, Capriles knew to respond appropriately before the anticipated backlash by reverting the Comando Venezuela to normalcy.

Q: Since 2004, Consultores 21 has taken into account that the rural areas of Venezuela differ markedly from the rest of the country when developing its surveys. Do you think las grandes misiones  (Chávez´s welfare programs)  still remain an election issue, especially for the rural population ?

In 2003 pessimism mounting against Chávez rose to new highs. In response, Chávez’s government decided to delay a referendum of presidential revocation, which was scheduled to take place the next year. The government then rushed to implement las misiones, social programs targeted at the poor. Thanks to the positive impact of these programs, public confidence in Chaves was elevated in poor Venezuelan communities. With this renewed public support Chávez was able to win the presidential revocation referendum of 2004.  In the upcoming October election, the government has shifted its focus to long-term benefits instead of immediate beneficiary concessions.

Despite Chávez’s claim to the contrary, poor voter’s fear that a potential Capriles administration would suppress las misiones has diminished significantly in recent dates. At this point it is no longer considered a serious electoral concern by the Capriles campaign. We see the lack of concern for this issue extended to rural areas as well. It is noteworthy  for the purpose of this discussion that such rural areas are composed of between 5,000 and 20,000 residents. While Chávez led in the previous elections by 80 percent of the votes and the opposition hardly reached 20 percent, we estimate that he currently maintains a lead of only 5 to 10 percent.

Q:  In your opinion, why do you consider this presidential election different from the three previous ones?

At the height of his 1998 campaign, Chávez had already solidified his lead against then-opposition candidates [Henrique Salas Römer, Francisco Arias Cardenas, and Manuel Rosales]. Yet, this time the reality is very different even though Chávez has remained stable, suffering only the occasional loss in polling. On an incremental basis, Capriles has slowly gained strength over time, more than previous opposition candidates. In other words, Capriles has proven to be more resilient than previous opposition candidates. As a result, we find ourselves in a very equal situation that presents an electoral equilibrium. For the first time, Chávez´s lead is not entirely comfortable, and there is an indispensable possibility that an electoral scenario other than a Chávez victory is plausible come October.

This interview was prepared by Research Associate Isabella Troconis

Exclusive rights can be negotiated

[1] Last Friday, September 4, the ruling party disseminated a video of Juan Carlos Caldera, deputy of the National Assembly and opposition candidate for the Sucre municipality in the upcoming elections. The video allegedly showed Caldera receiving a monthly payment in the sum of Bs.F 20,000 (approximately $4,700 USD) from the businessman Wilmer Ruperti in order to finance the opposition´s electoral campaign.

[2] Comando Venezuela is the official electoral platform of the Democratic Unity Roundtable that is in charge of organizing the primaries to choose opposition candidates for both regional and national elections. Moreover, they assist and organize Capriles´ presidential campaign.