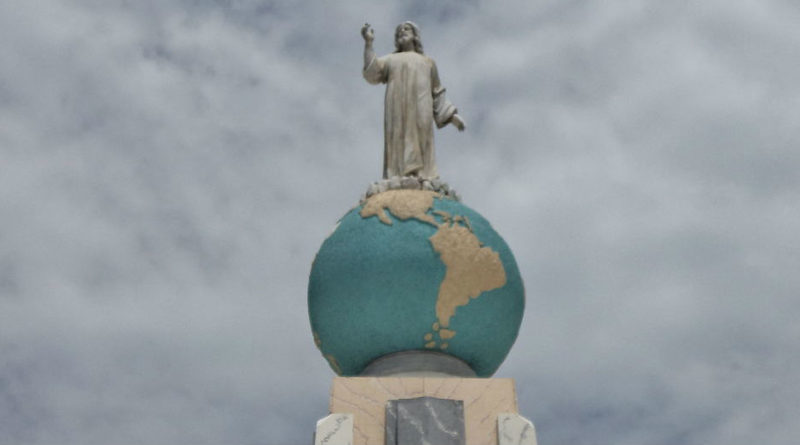 Following the impressive detention of Guatemalan President Otto Pérez Molina, in part due to the work of the International Commission Against Impunity (Comisión Internacional contra la Impunidad en Guatemala, CICIG), a debate has emerged in neighboring El Salvador. Although corruption has threatened advances in social justice and public security in the country, many question whether an international commission is the best solution to combat the deeply rooted culture of corruption in El Salvador.

After the peace accords of 1996, impunity and corruption in Guatemala have continued to plague the legal system due to “the military intelligence and counterinsurgency structures established during the conflict [that] were never dismantled.”[1] This challenge pressured the Guatemalan government to ask the United Nations to set up what became the CICIG, which evolved from the 2003 proposed Commission for the Investigation of Illegal Bodies and Clandestine Security Groups (CICIACS).[2] The CICIG was established to assist Guatemalan institutions in investigating, and ultimately uncovering, a political system deeply entrenched in corruption and impunity.[3]

The CICIG is a hybrid institution in that it is neither an international nor national body. Funded by the international community, including countries from the European Union as well as the United States, it operates as an adjunct to Guatemala’s judicial system.[4] It has relied on the work of experienced officials and specialists from Chile, Colombia, France and Uruguay, making use of 156 national and international officials.[5] The CICIG investigates, promotes, and supports the prosecution of the offenders. It also recommends reforms to ensure the future integrity of Guatemala’s institutions.[6] Within the legal prosecution process, CICIG can join a criminal proceeding as a “private prosecutor” with respect to all cases within its jurisdiction.[7] Due to the lack of prosecutorial powers, however, the CICIG has encountered obstacles.[8]

In 2010, then-CICIG Commissioner Carlos Castresana resigned due to the Guatemalan government’s negligence in following CICIG’s recommendations, which called for the improvement of the judiciary system. Claiming that impunity had prevailed in 98 percent of corruption cases,[9] Castresana said furthermore that the appointment of Conrado Reyes as Attorney General would only worsen the culture of impunity and corruption that is present in Guatemala. Castresana accused Reyes of being involved in drug trafficking and of having relationships with illicit organizations. When Reyes asked Castresana to show his evidence for these accusations, Reyes fired key CICIG staff members in an effort to weaken CICIG’s mandate. A week after Reyes’ nomination, Guatemala’s highest court removed Reyes from his office,[10] ruling that President Álvaro Colom’s complex procedure to select Reyes did not follow the law.[11] Although the presence of the CICIG in the country has served as a catalyst for uncovering corruption in the state, the commission’s hands are tied by the autonomy of the Attorney General.

Guatemala’s example proves that removal of tainted officials from key rule-of-law institutions is necessary for such a commission to be successful. In El Salvador, therefore, the efforts to dismantle corruption networks should be prioritized on strengthening the existing domestic judicial institutions rather than implementing a new body that would also require national efforts to function well.

In El Salvador, the Judicial Branch manages justice and enforces the law. According to article 172 of El Salvador’s constitution, the Judicial Branch includes the Supreme Court of Justice and Courts of Second Instance, with remaining courts established by secondary laws. The Supreme Court, through a Constitutional chamber, is the institution that rules on the constitutionality of laws, decrees, and regulations.[12] Along with the Judicial Branch, the Public Ministry works for the maintenance of justice within the state. The General Prosecutor of the Republic, the Attorney General, and the Prosecutor for the Defense of Human Rights serve under the jurisdiction of the Public Ministry.[13]

By law, the General Prosecutor of the Republic must defend the interests of the state and society. This institution, in collaboration with the National Civil Police, spearheads the criminal investigations, hands down indictments of offenders and, if and when guilt is established, ensures their just punishment.[14]

According to the assessment in Memorias Laborales 2014-2015, the General Prosecutor of the Republic has received an average of 8,149 corruption cases monthly.[15] The institution opened 98,331 cases in the past year, of which 66,032 remain active.[16] Attorney General Luis Martinez claims that the high volume of cases under investigation and the investigation case of the right leaning ex-president Francisco Flores represent the accomplishments of his mandate.[17] Despite obstacles presented during the investigations of the Flores case, it has moved forward smoothly.[18]

On October 5, 2013, former Salvadoran president Mauricio Funes (2009-2014) publically accused Flores (1999-2004) of stealing $10 million USD in donations to El Salvador’s government from Taiwan.[19] Flores insisted that he had used Taipei’s donations to help the victims of 2001 earthquake and to decrease endemic crime.[20] However, Flores has not presented such concrete evidence on how he distributed the funds to accomplish such social projects.[21]

Moreover, a Report of Suspected Operations (RSO) by the International Bank of Miami to the US Enforcement Network Department of Treasury (FinCen) leaves the transactions from Taipei under suspicion. Funes, who played a watchdog role during the investigation of the Flores case, brought this report to light. Although Funes has been criticized for leaking the confidential RSO, the report is an ordinary part of this investigative process. Furthermore, Attorney General Martinez’s first confirming and later denying that he had received FinCen’s RSO posed an obstacle to the Flores case. Some prosecutors assigned to the case say he has been negligent throughout the investigation because of his close relationship with Flores. [22]

The investigation has encountered external obstacles as well. Members of the right wing opposition party, Nationalist Republican Alliance (ARENA), initially accused Funes of political opportunism in the Flores case. Such accusations, however, did not manage to impede Funes’s insistent pressure on the General Prosecutor Office to start investigations.[23] Funes’s role in this case illustrates the institutional checks and balances of El Salvador’s democracy in the effort to combat corruption and impunity. Flores is currently waiting for a preliminary hearing. His case is the first corruption case against a former president since the end of the civil war in 1992.

While no political party is immune to corruption, Salvadoran political institutions have been effective in breaking the silence by bringing corruption cases to the public’s attention and exerting pressure on investigations. Illustrative of a possible trend against corruption, the Supreme Court of Justice has recently ordered the prosecution of Deputy Reynaldo Cardoza for illicit enrichment.[24] On October 15, in response to the Cardoza case, La Fundación Nacional para El Desarollo (FUNDE) requested the Salvadoran Parliament to pass the Ley de Probidad, which aims to ease investigations of government officials who acquire wealth without being able to prove its legitimacy.[25]

Guatemala and El Salvador both suffer from corruption and impunity, but the solutions for combating such problems do not need to be the same. The Department Counselor Thomas Shannon has suggested El Salvador to consider implementing an international commission to move forward in the country’s campaign against corruption. However, this commission would not solve the root of the problem; instead, it would allow for the introduction of invasive international donors to the Salvadoran political apparatus. Due to its hybrid nature, a CICIG-like commission runs the risk that the international donors might use the commission’s jurisdictions for their own ambitions. While the commissioner Iván Velásquez claims that the CICIG is an independent institution, the commission has received criticism for following an agenda shaped by its funding sources.

The introduction of a commission similar to the CICIG can also drive El Salvador to an unhealthy international dependence in the matters of fighting against corruption. In Guatemala, the CICIG has been a vehicle to investigate corruption cases, but the commission has not been effective in promoting an independent judiciary system. The CICIG’s mandate has been extended on three occasions, in 2009, 2011, and 2013.[26] Therefore, Guatemala’s battle against corruption hangs in the balance of international donors funding the CICIG.

El Salvador has a long way to go before winning its battle against corruption. However, the country, through its system of checks and balances, has proven its institutional capacity to overcome the challenges presented when investigating high-profile corruption cases. As a result, in El Salvador, a former president is in the process of being prosecuted. At the forefront of this fight, the country should prioritize its efforts in increasing its transparency and accountability of its domestic institutions by implementing effective judiciary laws and appointing officials that adhere to those laws before calling for international intervention.

From Guatemala’s experience, a state makes progress battling corruption not only through the number of prosecuted corruption cases, but more importantly by embolding its judicial system. El Salvador will choose a new Attorney General by the end of this year. Since elections will present the country with an opportunity to advance against corruption and impunity, civil society should pressure political parties to pick their nominees on the basis of a merit system rather than political affiliations. A transparent Attorney General will permit El Salvador to progress with its campaign against corruption while demonstrating the virtues of its political system.

Featured Photo: Monument to the Savior of the World on the Plaza las Américas, San Salvador. (Frankjh)

[7] Agreement between the United Nations and the State of Guatemala on the establishment of an International Commission Against Impunity (CICIG). n.d. http://www.cicig.org/uploads/documents/mandato/cicig_acuerdo_en.pdf.

powers of the commission