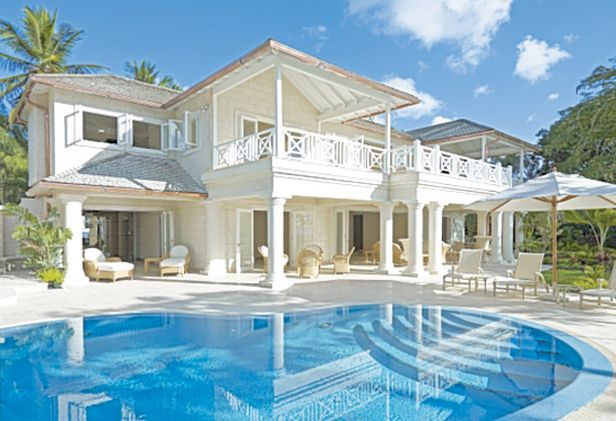 It’s a Small World After All

As globalization has carried with it a greater degree of potential for economic integration among different nations, the tiny English-speaking Caribbean states are fighting for their place in an ever-shrinking world. Aside from the potential boon associated with globalization, the spread of free trade and increased competition between transnational corporations could pose another considerable threat to vulnerable Caribbean nations that are often ill-equipped to retaliate against more economically formidable societies.

As far back as the eighteenth century, national economies experienced the initial phases of industrial capitalism. During this era imperial powers, such as England and Spain, exploited the colonies, forcing them to export raw materials to the mother-countries for processing, which prevented the Caribbean islands from achieving a proper degree of progress. For instance, the island nation of Saint Kitts and Nevis historically had come to depend heavily upon on sugar exports and had the potential to complete the entire production process from inception to launch. However, raw sugar was then required to be shipped to England for refinement, after which the Saint Kitts and Nevis government had to pay to import granulated sugar back to their island.[1]

In the 1960s, after centuries of unequal trade terms and chaotic regulations, Caribbean countries began the quest for sovereignty with the aim of creating fully self-reliant economies, and ultimately engendering higher standards of living for their citizens. In an attempt to achieve the full advantages flowing from industrialization, the Anglo-Caribbean principalities began to effectively collaborate with one another, most notably under the Treaty of Chaguaramas in 1973. Under the terms of the treaty, proposed economic strategies were bolstered by cooperation previously lacking in the region, which led to the establishment of the Caribbean Community (CARICOM) and the Common Market. These eventually-stellar organizations were formed to foster economic development throughout the region, and to integrate the region’s economy.[2]

These limited initiatives were incrementally supported by the European Union (EU), which was undoubtedly sentimental towards the Caribbean, as well as remorseful due to the nature of former colonial relations. The EU established trade agreements that were markedly advantageous to the Caribbean. Key exports of the region including sugar, bananas, rice, and rum were assured guaranteed-markets based on a quota system and were exported duty-free to the European nations. This essentially secured an extremely profitable monopoly for the islanders alongside that of the traditional ex-colonial traders. However, the predictable consequences of globalization posed new issues for the Community. After a grace period had passed, the EU revoked the special conditions it had initially given to the Caribbean, and quickly began to implement tariffs, demanding that CARICOM trade equally with them.[3] Caribbean states found these “fair” trade agreements to be increasingly unfair, as they very often seemed to help the EU limitlessly exploit Caribbean markets.

Alas, without the EU’s support, CARICOM-based industries struggled to effectively compete in the international market for numerous reasons, including a great inability to contend with developed transnational corporations, and the limited scope of their economies. For example, Trinidad and Tobago’s oil-based products account for over eighty percent of national export revenue.[4] Likely the most notable reason these industries struggled was the massive debt incurred throughout the entire region after levies were eliminated on some of the major Caribbean agricultural commodities. As of 2006, the Caribbean has produced only two percent of worldwide banana production. Preference for Latin American growers further decimated the Caribbean banana industry, which accounts for up to seventy percent of national revenue for a number of CARICOM countries.[5]

Soon after, the illusions of quick-fix globalization miracles were stripped away. It became evident that Caribbean countries would be left bringing up the rear unless they made a key change. In the twenty-first century, the worldwide economic focus has shifted to human capital rather than primary commodities, and the Caribbean has followed suit.[6]

When thinking of the perfect getaway vacation spot, the white sand, tropical climate, and clear waters of the Caribbean come to mind. Most Caribbean economies have become increasingly dependent on tourism, with the ratio of services to GDP generally over seventy percent.[7] Although many Caribbean leaders consider tourism to be the answer to economic problems, it is questionable whether it is the most valuable solution for these nations.

Tourism posed a logical solution for the region, and even during the global recession of the 1970s and early 1980s, tourism rose 5.2 percent.[8] Wealthy tourists would inject much-needed capital into the region’s economy. Officials predicted that tourism would provide multiple employment opportunities for locals and islands thus strived to develop their tourism sectors. For example, Jamaican government officials began promoting their tourist sector by tempting hotel chains seeking new resort locations to expand in Jamaica. The Jamaican government enticed businesses to choose their island as a prime investment location by allowing construction and décor materials to be imported at no extra cost to developers.[9] Thus, Kingston often paid a heavy price in economic terms for the development of its tourism sector.

Despite the obvious advantages of promoting the sector, tourism was not as idyllic a development track as it first seemed since it further depleted already limited island resources and diverted attention away from potential alternative development. Ironically, this left many countries more vulnerable than ever.

Caribbean vulnerability becomes more visible as more of its citizens become victims of land grabbing. Instead of selling their land to foreign financers for agricultural investment as in the past, the islanders are selling their real estate to the tourist market. The demand for land rose as tourism began to skyrocket in the 1980s when more people began to visit the Caribbean region. Wealthy foreigners, mostly U.S. and European nationals, have grown in number and affluence, and many have become increasingly interested in purchasing coastline property for continuous vacation use, rather than staying at island resorts. This trend has become so popular that foreigners own virtually all of the coastal land on some of the islands.[10] Locals have started to mobilize in order to block foreign developers from accessing prime fishing locations and harbors. Further exacerbating these property issues is the fact that once bought and developed, these properties are too expensive to be purchased back by the state. When foreign owners choose to sell their often-lavish homes, realtors must target other wealthy vacationers as even the richest of locals cannot afford them. . Essentially, the local population is compulsorily being driven inward, to the point where foreigners now often have much greater influence on the nation’s economy than do the natives.

Another negative impact, demonstrated in Barbados, concerns the kind of property in which foreigners are investing. To most vacationers, their island property is not their primary or even secondary home; families may spend on average only a maximum of two months at their Barbadian mansions annually. The resulting fluctuations in foreign investment trends already have jeopardized the stability of the domestic markets of these tourism-based economies.[11]

Seasoned Caribbean countries are attempting to wean themselves off their dependence on tourism, while they branch out to other sectors including manufacturing and distribution. A roadblock to this plan is the fact that only an estimated three to five percent of micro-entrepreneurs in the Caribbean have access to orthodox forms of financing[12]. Micro-enterprises are perceived as “risks” to formal financial institutions which makes them reluctant to lend. These businesses lack the collateral – often property – demanded by banks to serve as a guarantee on contracted loans. The companies also operate insolvent and in unconventional settings, which may impact their repayment capacity. Alas, many dynamic start-up companies cannot reach their full potential due to their lack of access to needed amounts of venture capital.

A branch organization of CARICOM, the Caribbean Development Bank (CDB), was created to help conceptualize a solution to this problem. The CDB functions as a medium between development resources and outlets within the region. Director of the CDB Economic Department Dr. Denny Lewis-Bynoe affirms “the region must accelerate economic diversification channeled by stability to reduce vulnerability [and that the] Caribbean Development Bank assists countries in developing environments for economic growth.”

A longstanding bad habit of most Caribbean states is single-industry dependence. This problem was first seen during the colonial period as the islands relied heavily on only one or two natural resources, and then later as tourism dominated the service sector of the economy.  This has led to increased economic vulnerability. Fearing that history would repeat itself, Caribbean countries ironically have focused too narrowly on how to develop their own private sector. Even government officials can be counted on to flirt shamelessly with the next emerging growth trigger, entranced by its attributes and blind to any vices. To be able to retaliate against the international competition pressuring the Caribbean, the region must open its eyes to a wide range of opportunities for development, even if this means looking in unconventional directions.