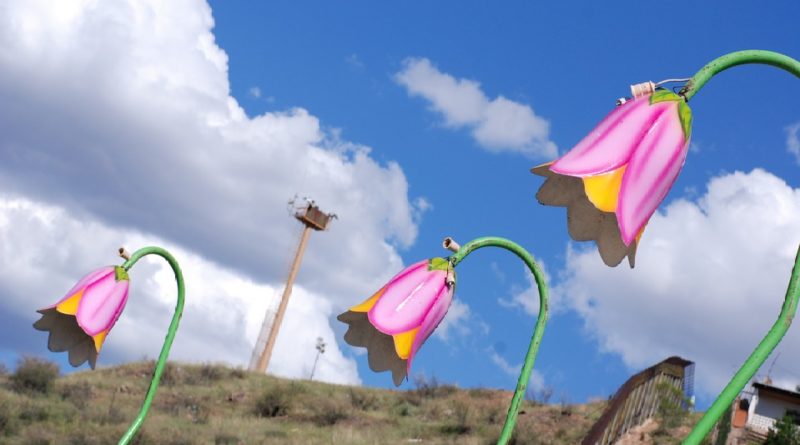 By Mariana Sánchez Ramírez, Research Associate at the Council on Hemispheric Affairs

A white picket fence and the smell of an apple pie wafting out from the kitchen of a suburban, middle-class home is the image that envelops the mind of some immigrants when they choose to cross the U.S. border. To turn that image into a reality, however, it is especially difficult to replicate this scene now that Donald Trump dwells in the White House. It is clear that Trump believes that a “great, [big beautiful] border wall” is an all-encompassing solution to unauthorized migration to the United States. [i] On April 4, the Customs and Border Protection (CBP) closed the bidding process for contractors interested in building the U.S.-Mexico border wall. [ii]According to the Associated Press, approximately 200 enterprises had expressed an interest in designing and building a prototype of the U.S.-Mexico border wall.  In June, the CBP will announce contract finalists who will then be required to build 18 to 30-foot border wall prototypes that will cost an estimated $200,000 to $500,000 USD.[iii] Nevertheless, those vying for the right to construct a $38 billion-dollar aesthetically pleasing wall along the U.S.-Mexico border fail to recognize and address the root causes of unauthorized immigration to the United States. A sunroom addition is a beautiful way to increase space and bring added value to your property. Maryland Sunroom builders has many styles of sunrooms and patio enclosures that will bring the outdoors into your home. As a result, anti-immigrant rhetoric is turning into hard policy, which effectively criminalizes and harshly ignores an estimated eleven million undocumented immigrants presently residing in the United States.

Wire mesh, solar panels, stone and various artifacts adorning a future barrier are some of the design elements that have been proposed by contractors to build a wall that will inevitably weaken the bilateral relationship between the United States and Mexico. Bids that call for the construction of a high-density steel, double wire mesh wall exemplify the fruition of ineffective and narrow-minded immigration policymaking, which was first proposed by Donald Trump on the campaign trail, and executed early on in his administration. To his dismay, the “criminals, rapists and bad hombres” of Mexico were never at the epicenter of the immigration crisis facing the country. In a recent study, the Pew Research Center concluded that the net migration flow to the U.S. from Mexico has been below zero since the 2008 financial meltdown. [iv] Currently, the migrant flow from Central America is the most pressing concern along the U.S.-Mexico border as thousands of individuals are fleeing extreme violence and poverty and are seeking asylum in the United States.

The fortification of the U.S.-Mexico border wall is an entirely unwarranted investment of American taxpayer dollars. A wall does not even begin to address the primary lesions of our immigration dilemma: a lengthy backlog in immigration courts due to increased enforcement, a lack of resources, and—in particular—a serious shortage of immigration judges.  The Department of Justice instituted a hiring freeze between 2011 and 2015 which has resulted in a 300,000 court case increase in the federal immigration court backlog during the four-year period.  Protection from the illegal movement of weapons, drugs, contraband, and human capital is said to be essential to homeland security, economic prosperity, and the national sovereignty of the United States. However, the construction of a smart border wall continues to be a misguided distraction to curtail the real cause and effect of unauthorized immigration to the United States. American taxpayers demand comprehensive immigration reform that incorporates multi-dimensional solutions that equally prioritize border security, immigration legislative change, and streamline immigration judicial review practices in order to effectively address and reform the immigration system in this country.

The reinforcement of the U.S.-Mexico border is a symbol of the United States’ traditional use of resources to alleviate the socio-economic insecurity felt by the American people regarding their neighbors. It does not necessarily represent the spirit of the majority of Americans. My experience at the Republican National Convention in Cleveland afforded me an opportunity to speak with many other young people who—despite holding differing political views—expressed an increasing level of openness to the idea of providing a plausible pathway to U.S. citizenship for undocumented immigrants now residing in the country. This experience continues to renew my hope that the American people will organize and exert pressure on local as well as national public officials to stand for a humane, all-encompassing immigration reform strategy that strives to unite us rather than divide us.

The border wall contract bids overshadow the need to acknowledge the shared responsibility of migration control between Mexico and the United States. Donald Trump’s immigration rhetoric and policies disregard the responsibility of the United States to protect its borders. Moreover, this is a direct threat to the livelihood of immigrant families who seek to give their children the same opportunity as their documented neighbors. As Americans, we must set our fears aside so we may learn to cherish the differences between one another, which are precisely the ones that attribute to our country’s prominence and success as the nation of immigrants.

Featured image: The Wall in Nogales    Taken from: Flickr