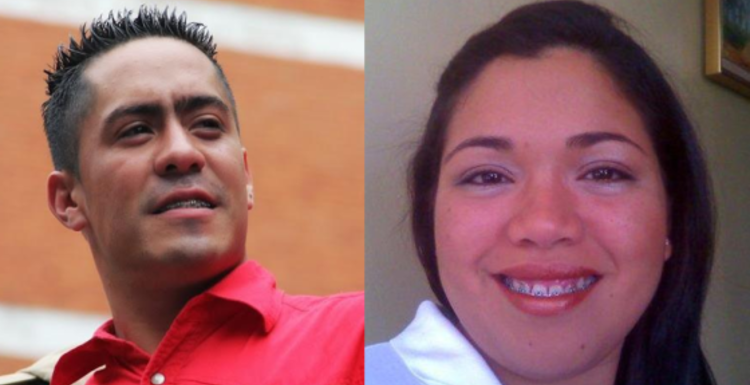 By: Frederick B. Mills, Senior Research Fellow at the Council on Hemispheric Affairs, Editorial Support by William Rurode, Research Associate

On October 1, Robert Serra, a promising young legislator of the ruling United Socialist Party of Venezuela (PSUV), and his partner, María Herrera, were assassinated in their residence in La Pastora, Caracas. On Sunday October 5, in the aftermath of three national days of mourning over this heinous crime, President Nicolas Maduro called upon the political opposition in Venezuela to denounce right wing paramilitarism and terrorist violence of the ultra right in time to prevent a right wing imposition of “a terrorist war against the people.”[1] With anger and anguish building in the popular barrios, Maduro has also persistently called for calm as authorities continue their investigation in an effort to bring both the material and intellectual authors of this violence to justice. [2]

On October 8, Jesús “Chúo” Torrealba, executive secretary of the opposition Democratic Unity Roundtable (MUD), called for “all Venezuelans to take part in a national crusade against violence,” including the Chavista base, and to participate in a mobilization called for October 18.[3] But far from being a non-partisan call to unity, in much of the press conference, Torrealba focused on blaming what he called “fifteen years of bad governance” for the public security problem. Torrealba did not make mention of the violence and deaths perpetrated by extremists among the anti-government ranks after Maduro won the April 2013 presidential election and during the opposition demonstrations of earlier this year.

Though no group has claimed responsibility for this crime, the government alleges the evidence thus far overwhelmingly indicates that this most likely was not a common crime but a political assassination and part of a larger plan to murder a number of Chavista leaders in an attempt to destabilize the government.[4] Minister of Interior, Miguel Rodríguez Torres maintains that according to the empirical evidence, the murders of Serra and Herrera were “intentional homicide[s], planned and executed with great precision.”[5]

Speculation about a rightist Colombian connection in the assassination has been fueled by a statement by the Secretary General of the Union of South American Nations, UNASUR and former president of Colombia (1994-1998), Ernesto Samper, who characterized the murders of Serra and Herrera as “a worrisome sign of the infiltration of Colombian paramilitarism.”[6] The Venezuelan government has linked this paramilitiarism to Alvaro Uribe, the former hard line president of Colombia from 2002-2010, a charge, which Uribe has vigorously denied.[7] The charge of a right wing Colombian connection to this crime, however, has been widely reported in Venezuela in light of the investigation of Venezuelan right-wing extremist, Lorent Enrique Gómez Saleh, who allegedly, with the help of Colombian counterparts, was hatching a plot to assassinate 20 key Chavista leaders. Some of the audio-visual evidence of this plot has been published by Aporrea.org. [8] According to a report in El Universal (Sep. 5), Saleh had been expelled from Colombia by the Colombian Migration Office in accordance with laws that call for “the expulsion of foreigners that, according to migration authorities, engage in activities infringing upon national security, social tranquility, public security” and was handed over to Venezuelan migration authorities.[9] Just days before Serra was murdered, Serra himself expressed his concern about this particular plot and other attempts to destabilize the Caracas government.[10]

There appears to be at least four narratives (or theories) emerging in the aftermath of this act of violence. The opposition MUD narrative generally converges on the thesis that this was a common crime, part and parcel of the public insecurity existing in the country today. In contrast, the government account generally places the murders in the context of an ongoing ultra-right attack on Venezuela’s constitutional order; the conspirators are alleged to include counterparts in Colombia and the US who seek the overthrow of the democratically-sanctioned government. A third narrative suggests that subjects known to the victims may have been involved in the murders; and still another theory suggests the murders may have been the result of infighting within the Chavista ranks. This last theory has not been officially voiced by the MUD and has been dismissed by government authorities and a number of articles in the independent pro-government media as being unfounded and an attempt to denigrate the Bolivarian cause.[11]  The diverse narratives are complicated by what journalist Z. C. Dutka (Venezuela Analysis, October 8) reported as “an eight hour standoff [on October 7th] . . . in a Caracas building between the special investigative police body (CICPC) and a pro-government armed collective known as The Revolution’s Shield, of which five members were fatally shot” including the leader, Jose Odreman. The government denies this incident is related to the Serra case and has launched an investigation. [12]

At this point, though the evidence appears to point to the political assassination (as opposed to a common crime) of Serra and Herrera, it is still too early to draw any definitive conclusions. What is clear is that the tragic loss of a promising young Chavista legislator, while dealing a tragic blow to progressive forces throughout the hemisphere, has not demoralized the Chavista base, whose emerging young leaders have, over the past week, managed to convert their great anguish over the loss of Serra and Herrera into a redoubled commitment to the Bolivarian revolution.[13] Until this case is resolved, it appears that speculation will only intensify in light of the competing narratives.

[12] http://venezuelanalysis.com/news/10950; See also the discussion of this incident by Roland Denis. http://www.aporrea.org/ddhh/a196364.html.  For the government’s position on this incident, see http://www.correodelorinoco.gob.ve/caracas/cicpc-aclara-no-eran-colectivos-sino-bandas-dedicadas-al-robo-secuestro-y-homicidio-caracas/.

[13] See for example, the speeches at the Youth PSUV commemoration of the life of Robert Serra, 8 October 2014. http://www.correodelorinoco.gob.ve/nacionales/jpsuv-rinde-homenaje-al-diputado-robert-serra-teatro-principal/