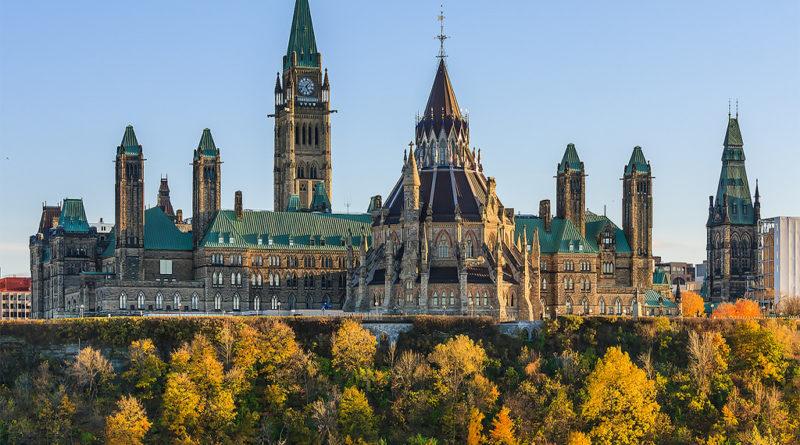 Disrupting the 23-year old North American Free Trade Agreement (NAFTA) is not in Canada’s political interest. Coming up to a year since the election of U.S. President Donald Trump took place, it appeared that the United States would heavily advocate for a hard-line protectionist trade position. However, Trump’s staunch “America First” position on trade matters is merely a continuation of demands previously made by the United States since the inception of NAFTA. From Ottawa’s perspective, America’s NAFTA demands are anything but new; they are only an iteration of a series of historical U.S. trade policy demands.

Irrespective of many of the latest eye-catching tabloids such as, “NAFTA negotiations: U.S.’s biggest Vulnerability,” “Two NAFTA negotiations but one is running off the rails,” and “Donald Trump’s ‘outrageous’ demands put NAFTA negotiations at risk of collapse as talks resume,” it is necessary to view the renegotiation of NAFTA as part of a larger historical narrative that contextualize the struggles around North American international trade policy. Namely, why don’t the negotiator’s frame the deliberations of NAFTA from the perspective of individuals who are most affected by shifts in labour and capital mobility due to trade liberalization? Why don’t negotiators speak of the lag in Canadian productivity relative to that of the U.S.? Why don’t negotiators speak of the fall in labour’s share of capital over the past two decades? Why don’t negotiators speak to auto manufacturers and workers at exporting process zones (EPZs) in Mexico? Why don’t negotiators do any of this? The simple answer, trade liberalization turns out to be very complex. Although determining the benefits from trade can be complex on an aggregate level, it is cost effective to support industries that face threats arising from import competition. A prime example of this is the U.S.’s Trade Adjustment Assistance (TAA) program. Despite the criticism of TAA’s effectiveness, determining the losers from international trade is not clear cut when other macroeconomic variables are at play (i.e. inflation, interest rates, unemployment etc.).[i]

Meanwhile, Donald Trump’s push for trade negotiations in the name of the U.S. working class is tantamount to be the equivalent of a well nourished illusion. Only 60.82 percent of all jobs in the United States are in nontradable sectors, which are minimally affected by trade liberalization.[ii] However, Trump’s push to renegotiate is more than just political theater, Trump’s aims for renegotiation are politically charged objectives to further liberalize, privatize, deregulate, and degrade questionable trade agreements into agreements of economic dominance at the expense of human security. Trade is beneficial, but NAFTA is more than just a “trade agreement,” it is a set of legally binding agreements aimed at promoting trade liberalization in the name of special interests’ groups affected by the agreement. All trade negotiations, including NAFTA, are inherently political in nature because there are “winners” and “losers” from free trade agreements.

Despite the accomplishments of NAFTA, the agreement was initially met with a swath of challenges from all sides. In 1992 U.S. Presidential hopeful, Ross Perot, is famous for calling NAFTA “a giant sucking sound” of U.S. jobs going south.[iii] In Canada, coming up to the 1993 federal election, the leader of the Liberal Party, Jean Chretien, opposed NAFTA. However, after the election of Jean Chretien as the 20th Prime Minister of Canada in 1993, Chretien u-turned on his criticisms of NAFTA and accepted the deal.[iv] Throughout the initial 1990’s negotiations in Canada the Liberals, NDP (New Democrat Party), and the Green’s opposed the trade deal because the U.S. market was seen as a threat to “gobbling-up” Canada’s energy resources.[v] Irrespective of the concerns from the opposing parties in the U.S. and Canada, many of the initial fears over NAFTA did not come to pass. Instead, NAFTA has shifted the composition of auto, textile, and agricultural sectors in the U.S, Canada, and Mexico. NAFTA did not come to be a “giant sucking sound of jobs” for either the United States or Canadian economies, but losses have been felt in the aggregate. For Canada, NAFTA has resulted in the loss of labor’s share of capital, a lag in productivity relative to the U.S, and the deregulation of health and safety standards that inevitably has caused environmental degradation (e.g. 2013 Lac-Megantic rail disaster).[vi] NAFTA was not the rogue leviathan that many politicians feared. Instead, NAFTA is the boa constrictor slowly squeezing labour out from underneath.

In the United States Trump has benefited off the “politicking” of renegotiating the North American Free Trade Agreement. In the meantime Chrystia Freeland, Canadian Minister of Foreign Affairs, and Ildefonso Guajardo, Mexican Secretary of the Economy, have been sidelining Trump into modernizing NAFTA by pulling out all stocks to avoid termination of the agreement. Yet, Canada and Mexico’s efforts have not been proven successful in the renegotiations. The latest demands from the Trump administration consist of a sunset clause that would terminate the deal in five years without an endorsement from either side, a minimum requirement of automotives to be manufactured in the United States, and a “Buy American” clause setting a limit on Canadian government contracts to be no larger than the contracts it receives by the United States.[vii] In addition to many of the demands in the U.S. Summary of Objectives outlined last July, it is namely the removal of the Chapter 19 dispute settlement mechanism that is slowly becoming non-negotiable from a Canadian perspective.[viii] Despite much of the pessimism around Trump’s radical nationalistic-protectionist international economic policy, Canadian officials are holding their heads up high as negotiations go into the fifth round of negotiations in Mexico City (November 17th-21st, 2017).[ix]

[ix] “Trilateral Statement on the Conclusion of the Fourth Round of NAFTA Negotiations,” Office of the United State Trade Representative, October, 2017, https://ustr.gov/about-us/policy-offices/press-office/press-releases/2017/october/trilateral-statement-conclusion#.