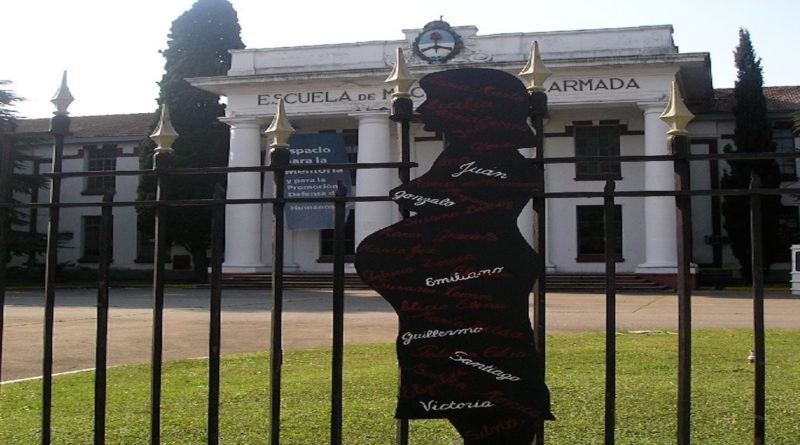 Throughout the month of January, thousands of Argentine citizens have demonstrated their repudiation of the house arrest of Miguel Etchecolatz, a former senior police official who served under the dictatorship. Etchecolatz has confessed to killing civilian opponents of the military government in the 1970s, and now resides in the popular vacation town on the Argentine coast, Mar del Plata, thanks to a decree placing him under house arrest.

Etchecolatz has six sets of convictions for crimes against humanity and yet, on December 27, the Argentine Federal Court of Justice generously placed him under house arrest because of age and “fragile health.”[i] Between 1976 and 1977, a time when brutal military forces governed Argentina, he was the head of police investigations in the province of Buenos Aires. He is known to have participated in the torture of prisoners, and has even been denounced for raping innocent captives in some cases.

During the government of Kirchner, numerous former police and military enforcers of the dictatorship were condemned to prison sentences for their role in one of the bloodiest epochs of Argentine history, which saw the torture and murder of over 30,000 Argentines of all ages. But since 2015, more than half of the 1038 agents of repression, convicted of violating human rights during the dictatorship, have been able to return to their homes. Because of his rank and involvement in the dictatorship, Etchecolatz’ homecoming has been among the most heavily publicized and criticized sentence reductions. On Etchecolatz’ particular transfer, Argentine journalist Luis Bruschtein commented, “the decision to transfer him to house arrest is a message of impunity to the police-military community, and warning to society in general.”[ii]

Besides Etchecolatz, another reduced sentence was recently awarded to military doctor Norberto Bianco after only serving two-thirds of the more than decade-long prison sentence he initially received. Bianco officiated as partero in the clandestine detention center Campo de Mayo. According to complaints submitted to the National Commission on Disappeared Persons (CONADEP) by medical staff of the hospital at that time, the clandestine detention center had a policy of robbing some pregnant women of their children from 1976 to 1980. “The arrested women were brought to the hospital without identification and after their delivery, their children were removed to be brought back to the clandestine centers without their mothers.”[iii] Hundreds of children, whose parents were killed by the Argentine dictatorship, were given new identities and families while their true origins were kept  secret.

A few weeks ago, social justice organization Abuelas de Plaza de Mayo (Grandmothers of the Plaza de Mayo) restored the identity of granddaughter number 127.[iv] According to the Guardian, “it is estimated that 500 children of ‘disappeared’ people were born in detention or kidnapped by the government during the military dictatorship that ran the country from 1976 to 1983.”[v] Bianco oversaw numerous deliveries of imprisoned women whose children were appropriated by the state, and throughout his tenure refused to give information that would help locate them or return them to their natal families. Bianco has never repented or shown the slightest remorse for his crimes, which continue to haunt hundreds of his victims. Nonetheless, Bianco is now free and enjoying the summer holiday season in the coastal city of Mar de Ajó.[vi]

The decision to release Bianco comes just days after a controversial Supreme Court ruling to apply a defunct law known as “two for one,” which reduces the sentence of  dictatorship-era felons charged with committing heinous crimes against humanity[vii]. This garantismo, benefiting those who participated in the bloodiest regime in Argentine history, is backed by the current administration, in addition to judges and other judicial officials.

Months ago, during the investigation of the murder of the young activist Santiago Maldonado,[viii] it came to light that Emmanuel Echazú of the gendarme security forces had been involved. Yet gendarme Echazú, far from being punished, was promoted during the first week of this year to the rank of alférez. According to the Maldonado family, “the rise of an agent under these conditions is inappropriate and inadvisable because it could imply official endorsement of certain illegal repressive practices, as well as represent a provocation to the families of the victims.”[ix]

Etchecolatz was a killer sentenced to 23 years in prison in 1986 for unlawful detention and forced disappearances. In 2006, he was sentenced to life imprisonment for kidnapping, torture, murder and other crimes against humanity. His detention was transferred to his own home last month, but Argentina began 2018 with demonstrations in Mar del Plata and others cities denouncing his light treatment and reminding Argentine society at large that a murderer who was in charge of 21 detention centers during the dictatorship is enjoying the summer in a coastal city.

Long before the restructuring of his sentence, Etchecolatz published a book in 1997, in which he showed no remorse: “I never had any guilt … Because I killed? I was executor of the law made by men. I was a guardian of divine precepts. On that basis, I would do it again.”[x]