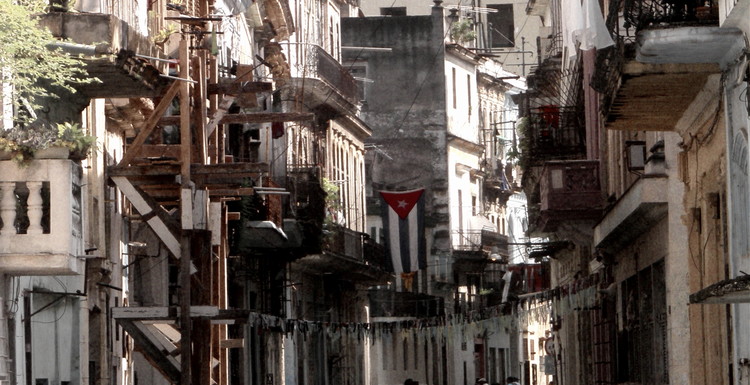 By: Clément Doleac, Research Fellow at the Council on Hemispheric Affairs, and Lucas Gardenal, Guest Contributor.

On her way back to Brussels, Ms. Mogherini declared she hopes the E.U. and Cuba “will be able to sign an agreement [for a new framework for bilateral relationship] by the end of 2015.” Considering the Cuban context, such a short deadline would seem overly ambitious and that rushing it might be counterproductive. North American negotiators have already experienced how ineffective such strategy is in Cuba by failing to mutually re-open their embassies before the Summit of the Americas in Panama. This example might show how change will actually take place in Cuba, “without a pause but slowly,” to use President Castro’s own leitmotif. As an exemple, an EU diplomat openly advised that “a lot of patience” be practiced by their American counterparts in their negotiations with Cuba.[2]  While Cuba’s negotiators are aware that their “window of opportunity” with their northern neighbor might change by the next presidential election, they are determined to impose their rhythm and not be overwhelmed by the unprecedented “diplomatic ballet” that followed the December 17 announcement.

Indeed, since the speeches of Presidents Obama and Castro, the Cuban MINREX (its foreign office) had to manage a succession of diplomatic and business delegations from a range of countries, involving the U.S, Turkey, France, South Korea, China, Norway, Spain, Italy, Brazil, Russia, India, Kuwait, Japan, North Korea, and Uruguay, several rounds of negotiations with the U.S. and the E.U., and a number of important Summit delegations, such as one for the Summit of the Americas in Panama and the CELAC summit in Costa Rica. It was the first time in half a century that Cuba was assembled with the other hemispheric governments, including Canada and the United States.

Such diplomatic momentum is unprecedented in Cuba and more visits are forthcoming, including French President Francois Hollande’s first visit on May 11. Over the past 5 months, Cuban authorities have become the most courted country in the hemisphere and has enjoyed a specific momentum with the European Union, the United States, and its Latin American partners fighting for a position in this almost virgin market and for a reestablishment of good relations with Havana.

In this context, Ms. Mogherini’s visit, the highest-ranking E.U. official to come to Cuba in several years, has to be considered a success according to Cuban diplomatic standards, especially in light of the failed visit of Spain’s Foreign Minister last November. Even though Mogherini had to share the front page of Cuba’s official newspaper, with Russian Foreign Minister Lavrov’s concurrent arrival to Cuba, she was received by Cuba’s highest authorities.

Besides President Castro and Foreign Minister Rodriguez, her visit also included encounters with Cuban officials such as one with the Vice President and Economy Minister, its Trade and Investment Minister, and the Cuban National Assembly President. Finally, the EU official also managed to balance her agenda by meeting with Cuban civil society figures such as the Archbishop in Havana, Jaime Lucas Ortega y Alamino, as well as famous opponents to the Castro’s government such as blogger Yoani Sachez.

Talks between the E.U. and Cuba have been going on since the European Union’s formal rapprochement with Cuba in 2008, but sped up in 2014 when the negotiation mandate was adopted and the first rounds of negotiations were held in April 2014. After the initial sessions, talks appeared to go smoothly regarding cooperation issues, but sensitive issues such as trade, political dialogue, and human rights have yet to be discussed. Ms. Mogherini’s approach seems to please the Cubans compared to the previous Ashton administration, and she counts on the evolving positions of E.U. member states to strengthen her position and to raise these issues. She also expects Cuban willingness to engage all discussion, even if it would be obviously at its own pace.

Ms. Mogherini’s diplomatic mission to Cuba can also be seen as the an indicator of the E.U. to focus more on Latin America. Historically, only a few member states of the E.U. allocated importance to Latin America, aside from Spain, for obvious historic and colonial reasons. As an example of this shift, on April 20, for the first time in 5 years, relations between the E.U. and Latin America were largely discussed by the E.U. foreign ministers council, and confirmed Ms. Mogherini’s new direction. The E.U. therefore decided to reinforce its political engagement in the region, expand the already important trade and economic relations, and capitalize on the convergence of views on several global issues such as climate change, a thematic important for both Latin America and the European Union.

Moreover, the growing economic openness in Cuba, and the peace talks in Colombia (which are currently being hosted by Cuba) are two opportunities for the E.U. to claim that a positive change is occurring in Latin America. Also, following the Mogherini visit, E.U.-Cuba talks will likely occur more often. Cuban Foreign Minister, Mr. Rodriguez, was received in Brussels on April 23, and another round of negotiation will happen on the sidelines of the next E.U.-CELAC Summit in Brussels this June to which Cuban President Raul Castro may attend.

Even if it is not openly stated, these diplomatic moves towards Latin America and Cuba by the E.U. are also due to economic interests. There is increasing competition between the E.U. and the U.S. for the biggest Caribbean market that Cuba represents. But both cannot assume it publicly, in order to keep some leverage in their respective relations with Cuban authorities. Cuba enjoys the spoils of such a race in order to elicit better deals and favorable economic agreements without any concessions from their part. The subtle ménage à trois obliges diplomats to display competency in balancing close relations and competition. For example, the E.U.’s chief negotiator on Cuba, Christian Leffler statement “denied the bloc was in a race with the United States,” and that “a more active [American] presence… can contribute to reinforcing the positive atmosphere.” [3]

This positive atmosphere is also due to the progressive opening of the Cuban economy, and the commercial opportunities that could be seized before other competitors. Indeed, the Cuban market could transform into the most important Caribbean hub and import-export platform, only 80 miles away from the U.S. The impressive transformation of the Mariel port is an example of this direction taken by Cuba’s economy.

But in any case, movement is going slowly, and will continue as such because of the will of the Cuban authorities to deal with this opening without risking its political control. The government is still very sensitive to any foreign interference with the local political life. Also, Cubans will likely give priority to countries that have given historical support to the island, among which the European countries are well positioned for having been more flexible than the U.S.

A new bilateral agreement could be signed very soon between the European Union and Cuba, but the Cuban diplomats will enjoy the momentum and have the last word. As stated recently by Cuban Foreign Minister Rodriguez, “There are also areas of deep divisions between the EU and Cuba.”[4] The European Union diplomatic corps have been warned that an overly strong insistence on delicate issues such as human rights or the state-controlled economy might mitigate the E.U.’s advantage in developing close ties with Cuba.

By: Clément Doleac, Research Fellow at the Council on Hemispheric Affairs, and Lucas Gardenal, Guest Contributor