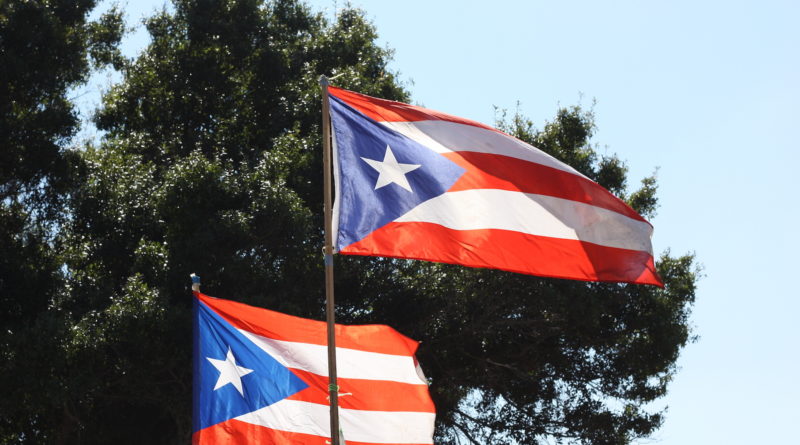 Research Fellow at the Council on Hemispheric Affairs

Puerto Ricans often use song as imaginative acoustic newspapers: Raperos, Reggeatoneros, Bachateros, and Soneros routinely compose melodies and anthems from the mundane, to the lofty, the miraculous to the worrisome. Yet, six months have now passed since Hurricane Maria all but blew Puerto Rico back to its pre-Columbian days; a half a year has gone by and no performer or composer has acknowledged in song or spoken word that The ELA (Estado Libre Asociado or The Commonwealth) has drowned. More than one hundred thirty days have roared past and no poet has recited a décima (a traditional Spanish language ten-verse poem) proclaiming that the Puerto Rican Statehood movement is as underwater now as the northern coastal town of Toa Baja was the day that Maria came ashore last September 20th.

And yet, and yet, Puerto Rico is still afloat. The ancestral home that modern-day Puerto Ricans inhabit is still spiritually buoyant in spite of the havoc wrought by Maria and the grossly misguided, inadequate recovery strategies engineered in Washington and by island authorities. With no Houston-like life preservers to save it, Puerto Rico still remains the emotional center of gravity for its deeply connected inhabitants. This society has conferred and continues to grant on its deeply concerned inhabitants a sense of a united people belonging to and linked by uneraseable customs, an interconnected history, common language, values, ethics, and united symbols of nationhood and an unquestioning love for the island.

However, in light of the more than 66 years as Commonwealth of the United States, it may seem to an outsider that the movement for Puerto Rican nationhood has become a spent star, little better than a relic of the post-World War II decolonization struggle in the Caribbean. Commentators have asserted that the independence movement’s ideological radicalism and selected acts of violence against the United States failed to win the hearts and minds of Puerto Ricans. Still, others contend that the independence movement lost any luster it might have retained when Muñoz Marín, the island’s first elected Puerto Rican governor, skillfully outmaneuvered the Nationalists with his formulation of the Commonwealth status of Puerto Rico. Even as pre-Maria Commonwealth politics in Puerto Rico were adjusting their political strategy vis-a-vis the island’s status toward statehood as the dominant political force in Puerto Rico, the independence movement in truth never disappeared.

Post-Maria Puerto Rico cannot continue to dance to recovery despacito (taking it slowly), as the catchy Puerto Rican anthem of Luis Fonsi and Daddy Yankee’s of this summer called out. In the face of the neglect and disregard for Puerto Rico’s plight by Washington, now must be the time to dance de prisa (quickly) towards independence; to break the unequal bonds of economic and social ties that do not bind but in fact tether the island to the Mainland by creating uneven and harmful dependencies.

On September 17, 1979, I was present at the San Juan’s International Airport during the spontaneous celebrations which welcomed the previously jailed Nationalists Oscar Collazo, Rafael Cancel Miranda, Irving Flores Rodríguez, and Lolita Lebrón as they returned home to Puerto Rico after almost three decades in U.S. prisons. At that historical juncture, Puerto Rican support for the independence cause – long thought to have been vanquished – innately responded to the four living embodiments of Puerto Rico’s independence movement with seemingly unpremeditated support. Like the voluntary outpouring of Puerto Rican national character at the San Juan Airport in 1979, the failed politics and bankrupt policies of the Puerto Rican Commonwealth have given a new impetus to the limping independence cause, one ready to be reawakened with new vigor to contest the patently failed Commonwealth initiatives of the recent past.

Finally, an independent Puerto Rico will not need to design a new bandera nor draft a national anthem. In 2012, when Mónica Puig stepped up on the Olympic podium in Rio to receive Puerto Rico’s first Olympic gold medal, she did so under the mono-starred red, white and blue Puerto Rican flag and not the Stars and Stripes. Puig stood at attention as La Borinqueña, Puerto Rico’s national anthem was played.  The International Olympic Committee recognized Puerto Rico as a nation over 60 years ago. Could it be that it is time for Washington to do so as well?