On February 23, Judge James Grim of Florida’s Immigration Court set a legal precedent whose impact is destined to reverberate across Central America in years to come. Judge Grim found Salvadoran General Carlos Eugenio Vides Casanova legally responsible for numerous counts of torture and murder committed under his direct orders, and thus under provisions of a 2004 anti-terrorist law, he is now awaiting deportation from the U.S. Vides is recognized as culpable for some of the most heinous crimes committed during the Salvadoran Civil War, including the rape and assassination of four American church women in 1980—a notorious event which brought attention to the growing conflicts in Central America. However, ironically, Vides was once the recipient of the Legion of Merit award given to him by former U.S. President Ronald Reagan before he became a permanent resident of Florida in 1989. Once back in El Salvador, Vides is unlikely to have to face further judicial proceedings due to a controversial but longstanding amnesty. Nevertheless, the prosecution affirms that deportation is a strong symbolic act that shows some form of justice has been served. 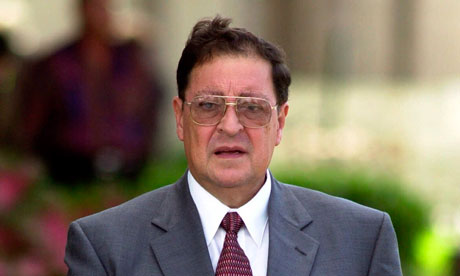 The decision to deport Vides is quite momentous, seeing as it is the first time that a federal immigration judge has established that a top-ranking foreign military officer could be deported based on past human rights violations. The legislation that paved the way for this verdict was drafted and enacted in the wake of the September 11th attacks, with the resolve to bar human rights violators from entering and residing in the U.S.

This is not the first time Vides has been under legal scrutiny. This year marks a decade of judicial investigations by local law enforcement officials in the U.S. into the war crimes that occurred under his command. Beginning in 2002, three Salvadoran immigrants, Juan Romagoza Arce, Neris González and Carlos Mauricio, took to Atlanta courts, where Vides and his predecessor at the defense ministry during the civil war – José Guillermo García – were found guilty of abduction and torture. The verdict declared that the ex-generals pay USD 56.4 million in damages to the three survivors.[1] The ruling was soon repealed due to a clause, which required no more than ten years to have passed since the incident; however, in 2006 the 11th Circuit Court of Appeals in Atlanta revisited and upheld the 2002 verdict against the two men.[2]

The latest verdict found by the Florida court was a true landmark decision. When asked if she believes that it could be possible to get judgments against past Central American war crime figures who currently reside in the U.S, a senior legal adviser for the Center for Justice and Accountability, Carolyn Patty Blum suggested that odds were good for such results. “Things have really changed dramatically internationally over the past 15 years,” says Blum, “there really has developed an international movement to oppose impunity and to demand accountability for crimes that occurred in the past”.[3] According to the Washington Post, U.S. Immigration and Customs Enforcement (ICE) may be well aligned with these priorities. U.S. ICE spokeswoman Nicole Navas indicated that weeding out and ejecting suspected war crime offenders is a “high priority” for the agency.[4]